In 1940, a precursor of the U.S. Aviation based armed forces, the U.S. Armed force Air Corps developed Air Transport Command at Morrison Field, which had started operation in 1936 west of West Palm Beach. The facility included a sleeping enclosure and various other activity structures, with an expansion of a hangar equipped for accommodating 3000 armed force officers who might have their task base in the region. Amid the war Morrison field (named to pay tribute to Grace Morrison, a private pilot who had assumed a fundamental responsibility in crusading for people in general office), flaunted concrete runways and heaps of grass fields, was a vital pinion in the war machine built up by the Allies against the Axis Powers (Ravenstein, 1984). From Jupiter to Boca, various staff of the military established a number of offices, for example, improving hospital facilities, to spying on German communications, to preparing accommodation facilities. West Palm was a dynamic and prime location for the military. 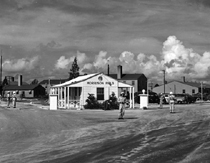 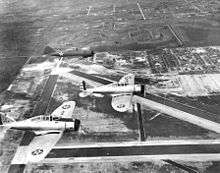 Under the financing of the Works Project Administration, specialists began looking into establishing a military base on twentieth November 1940. Inside five days development teams, including neighborhood contractual workers Watt and Sinclair of Florida, Inc. together with, Cleary Brothers Construction, began extending existing runways, including constructing another one, and building sleeping quarters, kitchens, overhangs, a doctor's facility, a chapel and every other need for the Army Air Corps for an aggregate of more than two million dollars. The first military workforce touched base in 1941 in February with Lieutenant Colonel John W. Monahan of the Third Air Force as the leader. Inside a month the eighth Pursuit Wing, the 49th Pursuit Group and the 51st Air Base Group were at base flying out of the Morrison Field. The essential goal of the station was to train troops and combat pilots. Toward the start of fall of 1941, an interceptor group was added to Morrison since German submarines were at that point undertaking enemy patrols along the Florida drift (Maurer, 1983).

More than forty-five thousand pilots either were associated with training or flew out of Morrison undertaking duties such as the attack on Normandy, France on D-Day. The base further asked aid from the Women’s Army Corps, and two hundred and fifty women were asked to report to the base. In April 1942, the Miami Municipal Airport moved the 313th Material Squadron to Morrison Field and was tasked with managing air load and upkeep of both the planes and the air terminal. Roughly 1000 men buckled down every day to upgrade, repair, and flight-test the aircraft before returning them to battle. All through 1942, Morrison Field kept on developing, and before long it supported of an assortment of schools including finance, restorative officer's essential for training and weapons. Over the long haul, all ATC weapons faculty moved on from Morrison School. Incorporated into the list was the RADAR School, which happened to be one of the first in the country, which began activity in March and bent over as a trailblazer of the RADAR school at Boca Raton Army Air Base. Around Three hundred men graduated each month up until the point that the school was moved to Boca late in July 1942.

The third Combat Cargo Group and the 308th Bombardment Group flew the Morrison- India route; moreover, they made a number of flights to China. The flights, widely known as “flying the hump,” took between two-three weeks each way. The planes furthermore made stops in North Africa, and on to India. In the event that they neglected to take after this endorsed course, they took a chance with the possibility of being shot by friendly fire, particularly on the off chance that they challenged fly excessively near Venezuela where American boats protected oil fields. The planes were unarmed, without any weapons or ammo to spare the weight the combat hardware would have added to the flying machine to save fuel to cross the long distances between stops. Morrison Base workforce kept on preparing planes and teams all through 1944 for front lines in Europe. The armed force appointed more staff to Morrison field in June 1945, around four thousand, three hundred and ninety-eight enrolled men, two hundred and fifteen WACs with an expansion of one thousand five hundred nonmilitary personnel representatives to help with the foreseen push to end the war. Housing facilities turned into a noteworthy issue in the base and the encompassing areas, particularly with the fact that the majority of the servicemen accompanied their families and required off-kilter lodging plans. Military secrecy at the time requested that West Palm district regular citizens had little information of the essentialness of the military base until 1947 when it was rendered inactive.

In 1946, Morrison Field received the Weather Group, from the Army Air Force to control, prepare and set up the four air observation squadrons related with Air Weather Service. The fifty-fifth Squadron used for hurricane studies flew a B-29 over a tropical storm from the base on seventh October 1946, with three photographers along with a publicizing official on stack up to see the scene. The end of the war in 1945 on August, essentially lessened the use of Morrison Filed, and the Army Air Corps deactivated the base on 30th June 1947 and gave it back to the Palm Beach County. Following one year, county executives decided to have the base renamed to Palm Beach International Airport. However, the network had repudiating thoughts regarding changing the name that had authentic centrality, and which a considerable number of previous servicemen and ladies may return to (Ravenstein, 1984). For the following four years after deactivation, the air terminal worked as a nonmilitary personnel air terminal. Be that as it may, the United States Air Force later revived the airbase as Morrison Air Force Base in 1951, with the Military Air Transport Service (MATS) taking charge. The U.S. Flying Corps used the north’s 50% of the landing strip while regular citizen tasks and the traveler terminal were moved towards the south side of the field, first in a hangar and then in a nearby building. MATS utilized the facility for training with the 1707th Air Transport Wing being the host unit and Training Unit was the 1740th Heavy Transport. Twenty-three thousand aviators trained in light of the beginning of threats in Korea. After the war and following quite a while of wrangles with the national government's decision to make the institution a permanent army installation, the County assumed control air terminal tasks in 1959(Maurer, 1983).