Three historic buildings contribute to the Troxell-Steckel Farm Museum: the main house, a spring house, and a late 19th-century barn. The fieldstone house was built in 1756 by the Pennsylvania German Troxell family and later sold to the Steckels. It is a rare remaining example of Pennsylvania German colonial architecture with its gable roof, half-timber interior walls, and Spartan design. The property and buildings were donated to the Lehigh County Historical Society in 1942 by a descendant of the Steckel family and restored to its 18th-century appearance the next year. Today it is open as a period museum for special events and by appointment. The house was added to the National Register of Historic Places in 1980.

The 1756 Troxell-Steckel House was built 20 years prior to the signing of the Declaration of Independence. 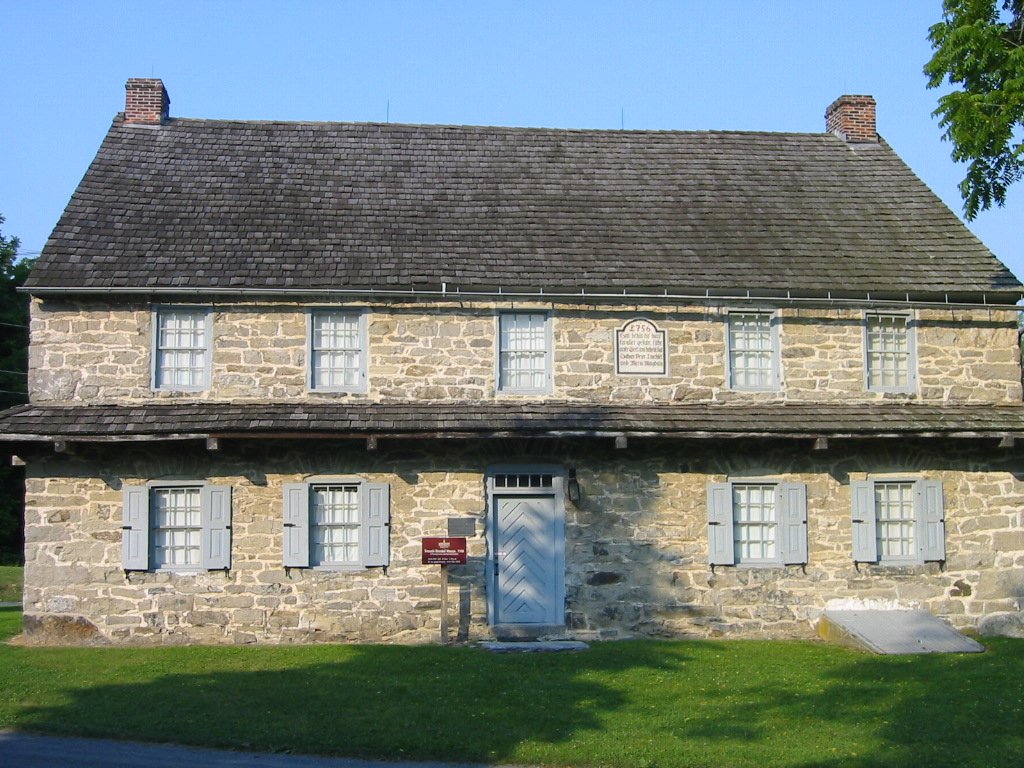 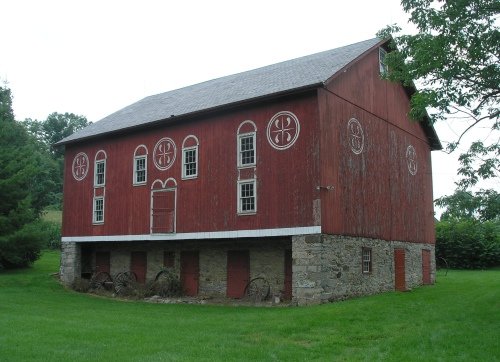 One of the modestly furnished bedrooms within the Troxell-Steckel House. 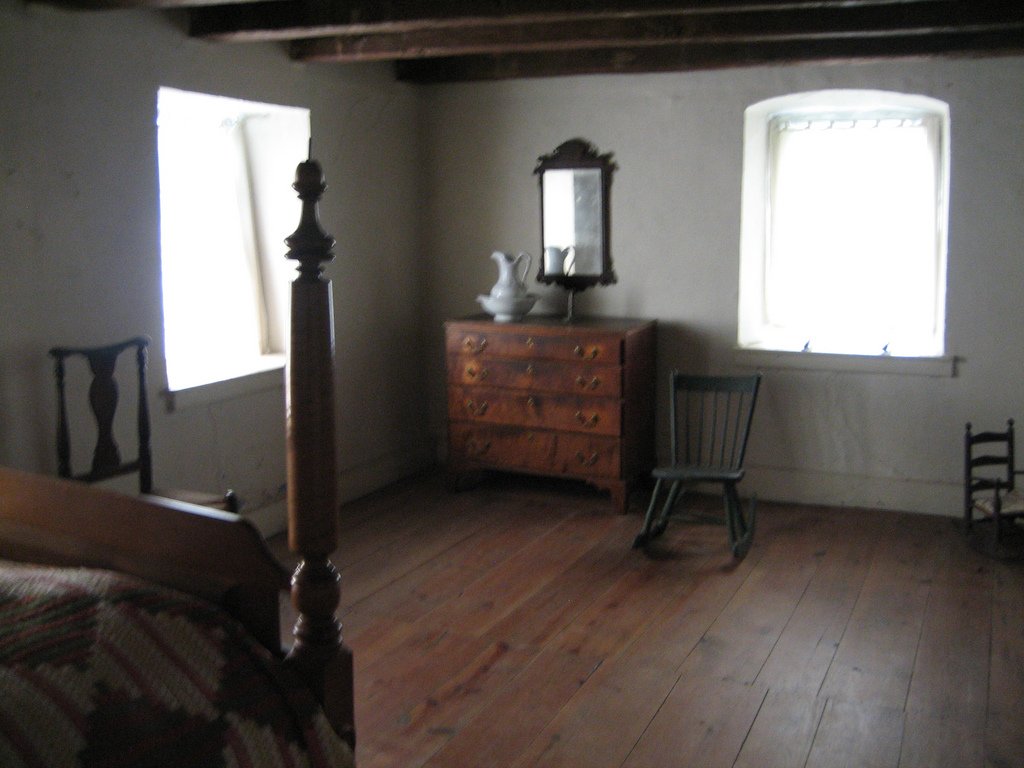 A traditional German house blessing was placed just above the porch roof of the house. 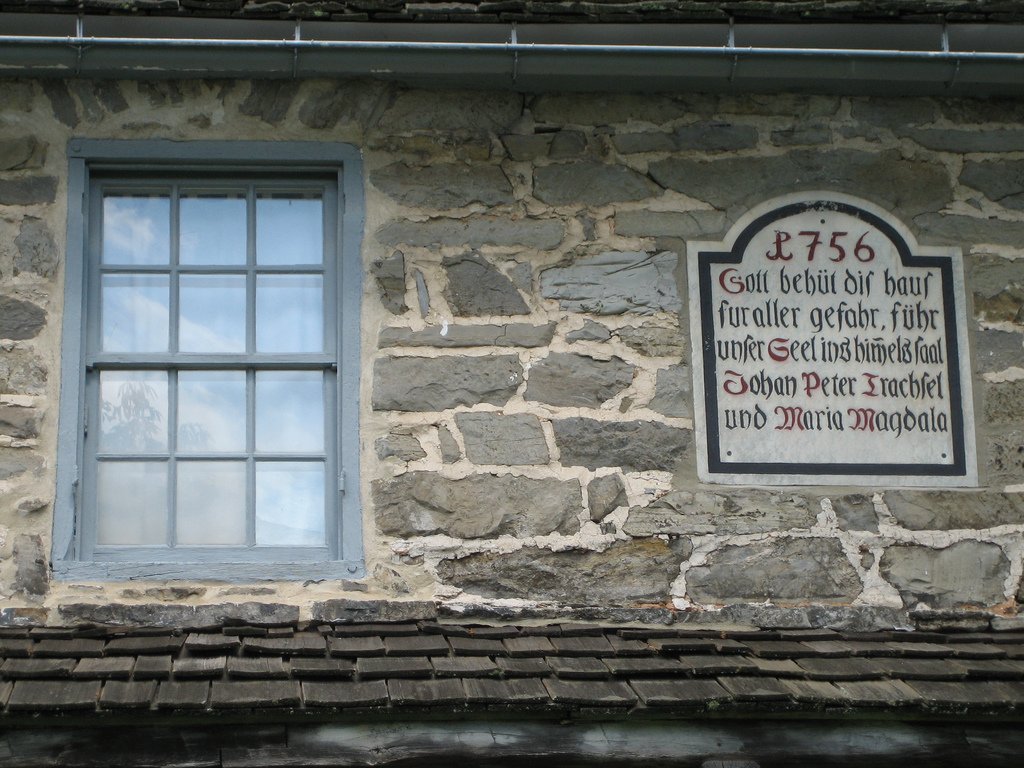 A period actor greets visitors to the Troxell-Steckel House. 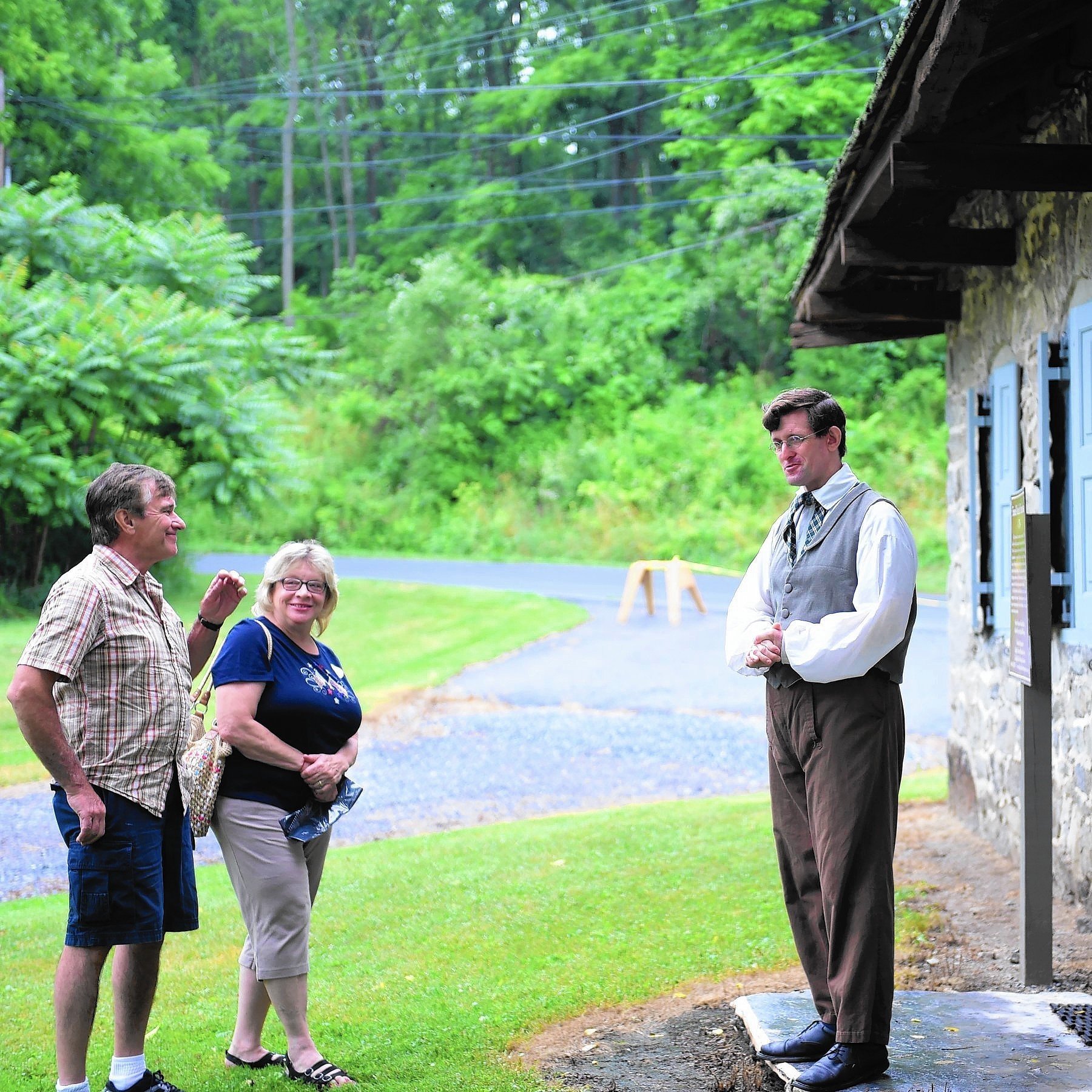 John Troxell immigrated to the American colonies in 1737 with his 18-year-old son, John Peter, and purchased 250 acres near present-day Egypt, Pennsylvania that same year.  John’s wife died in 1749.  He then remarried in 1750 and left the Lehigh Valley, leaving the farm to John Peter.  John Peter then built the fieldstone house in 1756.  The 2.5 story house features two large chimneys at either end, four large rooms on both the first and second floors, two large kitchen fireplaces and two smaller ones on the second floor.  The interior walls on the first floor are half-timber filled with clay and lime plaster while the second-floor features pine floors and exposed beam ceilings.

At the time, the Troxell farm was on the western edge of the Pennsylvania frontier and played a role in assisting the state militia after a group of Moravians were killed by Native Americans the same year the Troxell House was built.  Troxell allowed the militia the use of two teams of horses and a wagon in their pursuit of the Natives.  The home was also used to hold services for the Egypt Reformed Church until the Union Church was built in 1764.  The Troxell’s also built a large stone barn on the farm in 1758.  However, it was torn down in 1874 and a new barn, the one currently on site, was constructed soon after.  John Peter increased his land holdings until it exceeded 400 acres by the time he sold the farm to Peter Steckel in 1768.

Steckel had lived in the area since 1738. He, his wife Catherine, and their 10 children occupied the farm until his death in 1784. Three generations of his descendants operated the farm until it was sold to an outside interest in 1904. A great-great-grandson of Peter Steckel then purchased the farm in 1942 and donated the buildings and land, reduced to 31 acres, to the Lehigh Valley Historical Society that same year.  It was then restored and utilized as a period museum, complete with furnishings, decorations, farm equipment, and tools.  The barn now houses the Society’s collection of vintage carriages and sleighs.

Today, it serves as a unique example of an 18th century Pennsylvania Dutch farm, which is actually a German farm, rather than a farm built by someone from the Netherlands.  The term “Dutch” is actually a perversion of the German word “Deutsch.”  These German immigrants and their descendants created a separate dialect referred to as Pennsylvania German or “Dutch” and over 30 percent of Pennsylvanians spoke that language at one time.

Special events and by appointment for group tours.