Moratorium to End the War in Vietnam

Moratorium to End the War in Vietnam was a massive demonstration across the United States against their involvement in the Vietnam War. The Peace Moratorium is believed to have been the largest demonstration in US history with an estimated 2 million people involved. President Nixon said about the March, “Now, I understand that there has been, and continues to be, opposition to the war in Vietnam on the campuses and also in the Nation. As far as this kind of activity is concerned, we expect it; however, under no circumstances will I be affected whatever by it.”

Protesters at the Moratorium to End the War in Vietnm, on November 15, 1969. 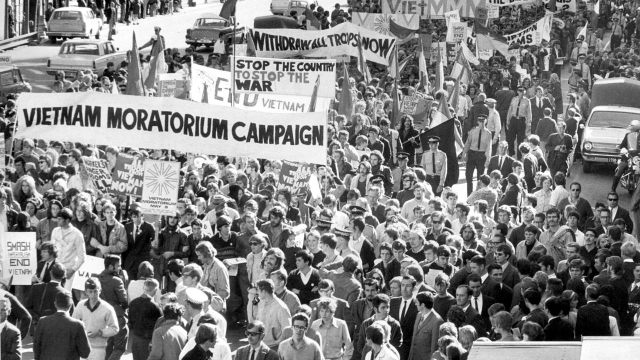 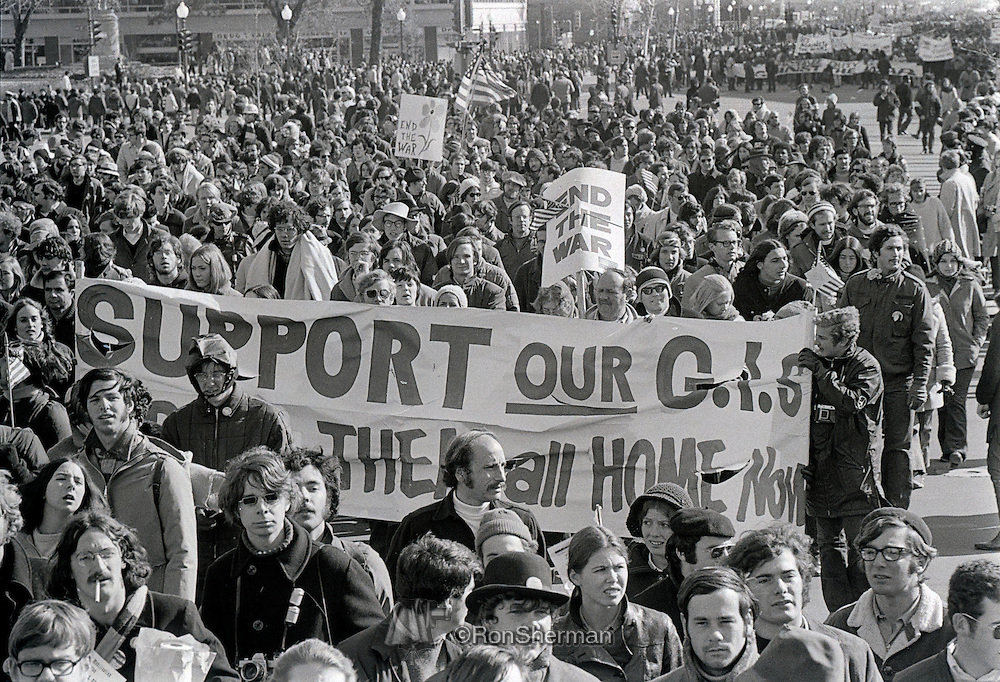 A speaker during the Mortatorium to End the War in Vietnam 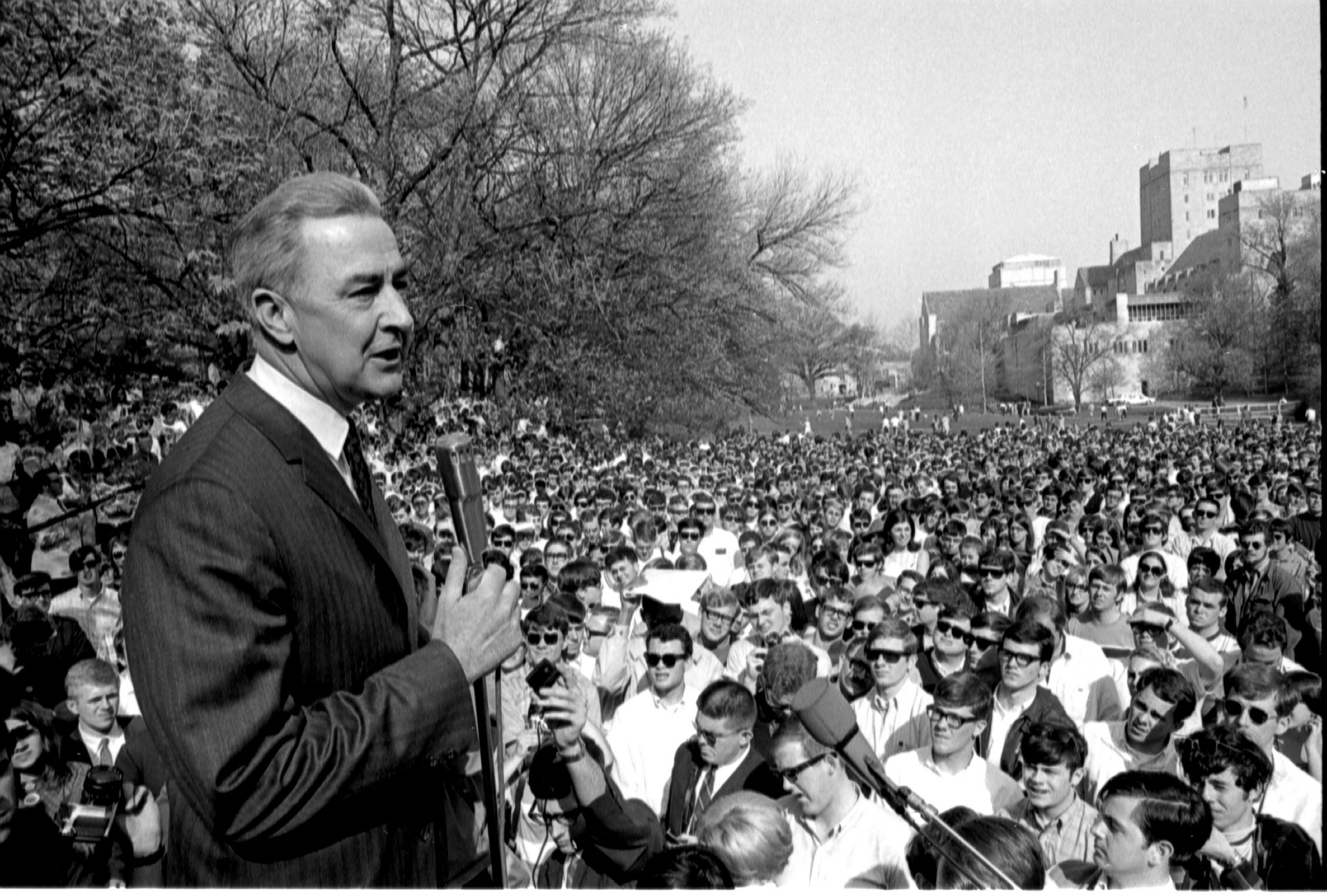 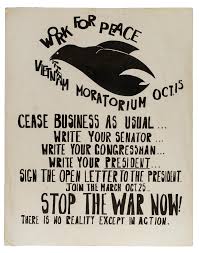 Outside the Pentagon during the demonstrations 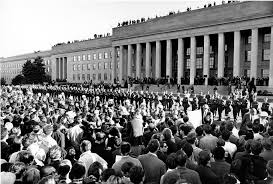 Moratorium to End the War in Vietnam, November 15, 1969 stops at an intersection in Washington D.C. (Peggy Hartzell) 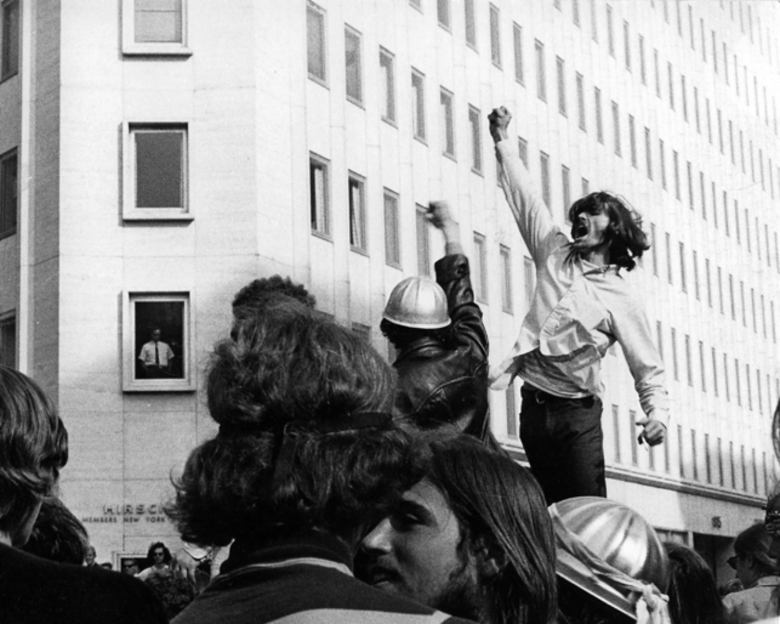 A pin worn by protesters for the Vietnam Moratorium 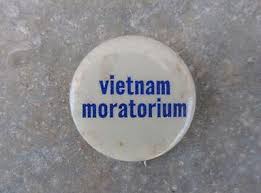 David Hawk, left, and Sam Brown of the Vietnam Moratorium committee tell newsmen in Washington, Sept. 27, 1969 of what they say to the response to President troop withdrawal, draft charges on Fridays news conference. They called for a Vietnam demonst 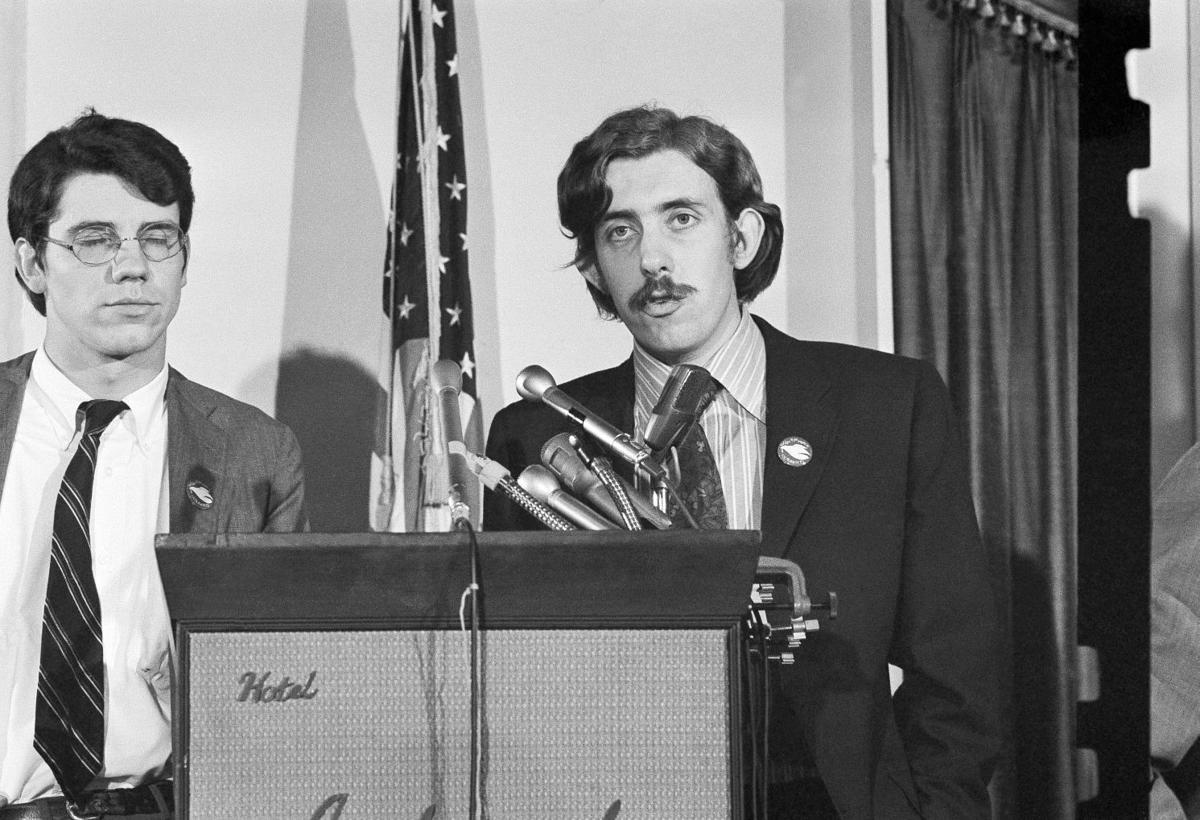 David Hawk and Sam Brown organized the event with David Mixner, Marge Sklenkar, John Gage, and others. It was held on November 15, 1969, in Washington, DC. It attracted over 500,000 demonstrators against the War, and many performers and activists. Among the performers were Peter, Paul, and Mary, and Pete Seeger, who led them in singing John Lennon’s new song, “Give Peace a Chance”. While he sang the song he yelled out “Are you listening Nixon? Are you listening Agnew?, Are you listening Pentagon?’

The people of Washington, DC opened schools, seminaries, and other places for shelter for thousands of college students and others who converged for this protest. They wore Black armbands to signify their dissent and paid tribute to Americans killed in the war since 1961. Outside the White House there were fights, and several arrests when police clamped down on Black activists.

The November rallies were only a part of a string of demonstrations across the country, and around the world. Groups from San Francisco to Boston and London petitioned for peace. Activists at some Universities continued to hold “Moratoria” on the 15th of each month to commemorate the Moratorium. Despite all of this, the war continued for six more years, ending in the fall of Saigon on April 30, 1975.