The Old Powder House in Somerville, MA, originally built as a windmill in 1704 and converted for gunpowder storage in 1747 after its sale to the Province of Massachusetts, played a key role in the 1774 Powder Alarm, which escalated tensions between colonists and the British. As such, it became a prominent aspect of the elevated landscape it occupied, especially after that land was sold to the City of Somerville for one dollar in the creation of Nathan Tufts Park. The building's significance to the city further solidified when it replaced George Washington on Somerville's seal in 1972, and when it joined the National Register of Historic Places in 1975, unique as the oldest stone building in Massachusetts. Today, the Somerville Historic Preservation maintains the site, with docent-led tours occurring a few times a month. In addition, Nathan Tufts Park is home to multiple historical markers depicting the area's history, and hosts many summer events such as jazz festivals and Shakespeare in the park. 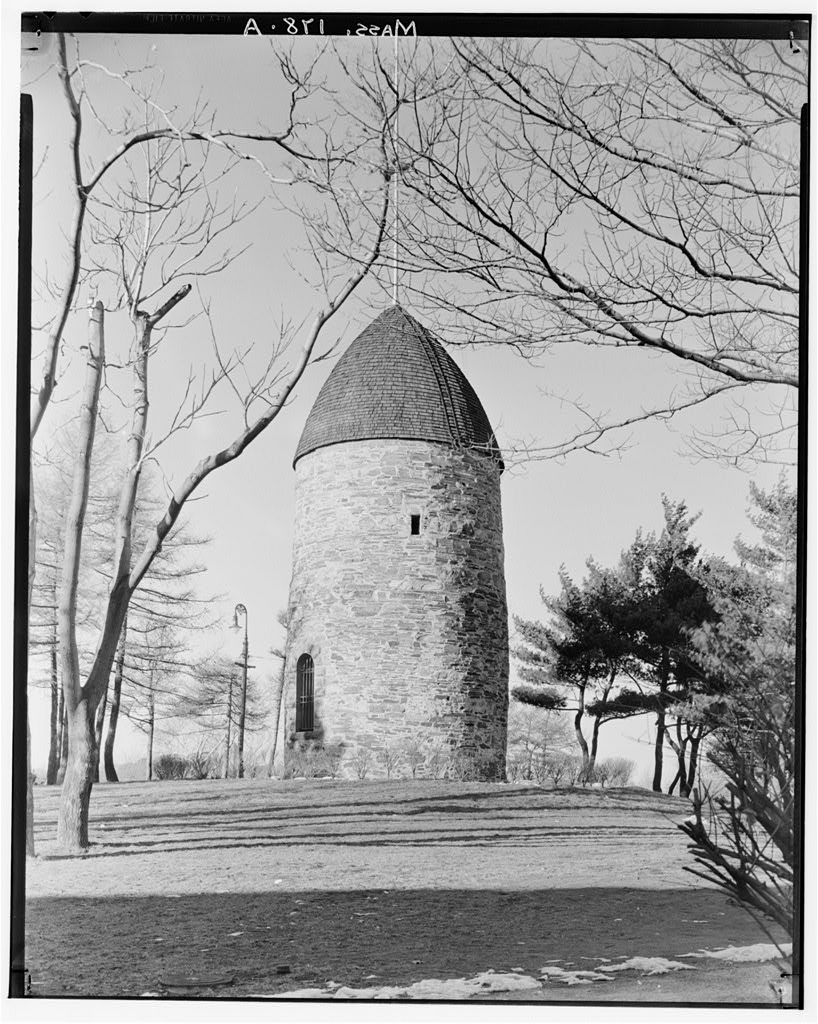 The Seal of the City of Somerville, with the Old Powder House prominently featured. The Powder House replaced George Washington on the city seal for Somerville's centennial as a city, courtesy of Wikimedia user Simtropolitan 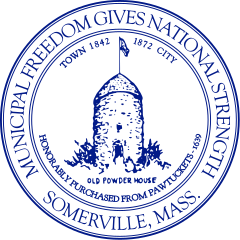 Map of the route British soldiers took in retrieving the King's powder, which also depicts the location of the Old Powder House in the contemporary Boston landscape, from http://blog.amrevpodcast.com/2018/05/episode-046-powder-alarm.html. 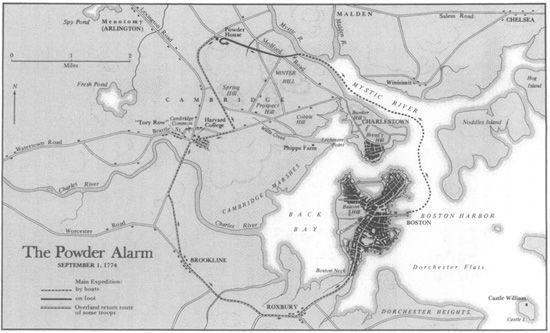 Performers at Joe's Jazz and Blues Fest in June of 2016, an example of events in Nathan Tufts Park, courtesy of the Somerville Times. 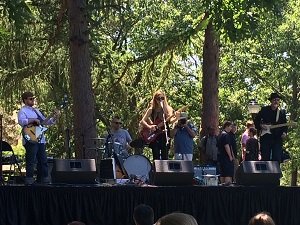 The Old Powder House as it appears today in Nathan Tufts Park, with roof repairs done after a fire in 1998, courtesy Wikimedia user Daderot. 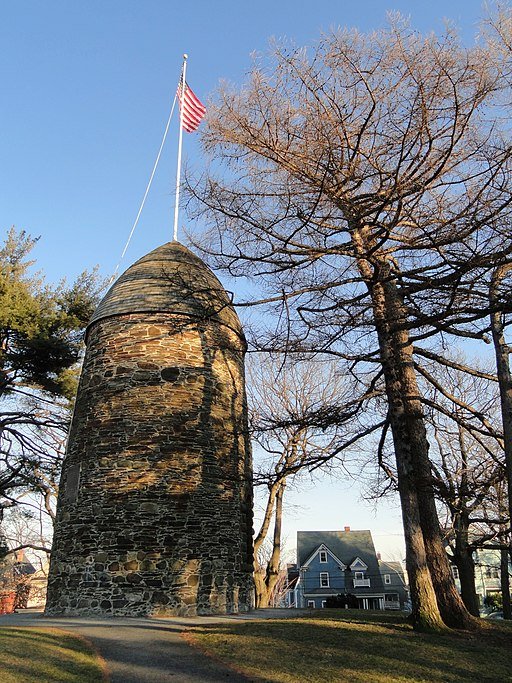 Originally occupied by Native Americans (although nothing in the landscape reflects that extensive past save a few markers), the stone outcroppings and elevation made the land around what is now the Old Powder House a natural location to inhabit. However, by the time colonists had settled in the Boston area, native populations decreased to the point where settlers were in better position to take advantage of the land, which they did by establishing a a quarry at the "Two Penny Brook", which supposedly cost two pennies to cross. Jean Maillet, a French Huguenot refugee, or French protestant escaping religious persecution, purchased the quarry in 1704, building a stone windmill, an oddity in the New World with its rotating top. The Maillet family occupied the land until it was sold, along with the mill, to the Province of Massachusetts in 1747, which converted it into a storage facility for gunpowder [1].

By 1774, with tensions rising between colonists and the crown as a result of the Coercive (Intolerable) Acts, which extensively limited the role of local government in Massachusetts, word got to (British appointed) Governor Thomas Gage that many towns were removing their powder from the Powder House in what was then Charlestown. In response, Gage dispatched around 300 soldiers in the early morning to retrieve the King's powder, a maneuver which he was well within his rights to do, as the powder belonged to the crown [2].

However, rumors quickly spread, describing details such as the deaths of civilians, and colonists responded in mass to this perceived attack, lighting beacons and gathering in the tens of thousands of men for a march and intended attack on Boston. Though this counterattack never occurred, those involved secured the resignations of many town officials. In fact, Patrick Johnston argues that this swift and joint effort of different towns to resist political injustice was an important development in advance of the American Revolution, a conflict where such organization would be necessary [2].

The Powder House continued to be used as a magazine for American powder until 1818, when the land was sold to the farmer Peter Tufts, relative to Charles Tufts, the donor of the land which went on to become Tufts College. One of the more interesting developments of this period was when George Emerson, a local pickle manufacturer, used the Powder House for the storage of his "Old Powder House Brand" pickles in the 1870s [1].

In 1892, the Tufts family sold its farm to the City of Somerville for one dollar, with the stipulation that it become Nathan Tufts Park and that the city maintain the land and the Powder House. Since, the city has made efforts to preserve the structure of the Powder House, including making repairs after an accidental fire in 1998, and has also worked to preserve the natural beauty of the park. In addition, it has placed historic markers around the park to reflect the various aspects of its past, from its origins in pre-colonial America to more recent developments [1].

Today, the park is a popular location for events such as summertime performances and food festivals. Perhaps more significantly, the Powder House still stands as a constant reminder of the path that led the United States to independence. Herbert E. Hill, a colonel for the U.S. armed forces, argued in favor of the preservation of the Powder House in his 1885 review of historic Somerville locales: "It is not a question of building a new monument. It is a question of preserving and perpetuating a precious relic [...] This Old Powder House stands there as a reminder of the noblest in our past history. It ought to stand there till it crumbles into dust, a beacon to light the path of patriotic service which our children may be called to tread" [3]. Although such reverence for patriotic service is not as prevalent in America today as compared to Hill's time, the importance of collaboration in achieving a common goal is as relevant a reminder today as it was then.