The Cape Canaveral Air Force Station was first installed by the Air Force Space Commands 45th Space Wing. There are still four active launch pads. There have been many different names for this Air Force Station such as "Cape Kennedy." There were many first exploration were launched from here. This is the home of Pioneer 1, which was one the first spaceship NASA launched. 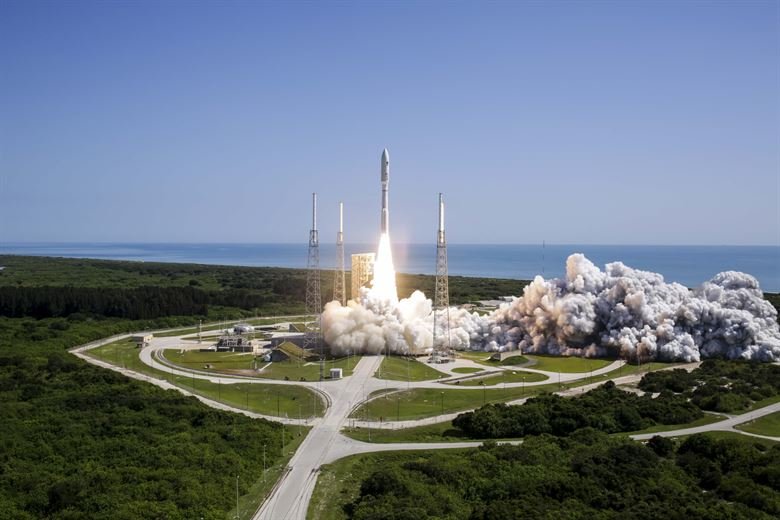 The Cape Canaveral Air Force Station itself was started in 1949, it is located at Cape Canaveral, FL 32920. The Patrick Air Force Base operates the Cape Canaveral Air Force Base. It was one of the best areas, they could launch it over the Atlantic ocean and is closer to the equator so the rockets get a boost from the earth's rotation. Its main use is to test rockets and that's what its been doing since it was built. NASA was founded in 1958 which began using the base to build and test rockets for the space program. "In 1947 Cape Canaveral Air Force Station was selected as the site for a U.S. Missile Testing Range. The first missile, a German V-2 rocket, was launched on July 14, 1950." (Aviation). Cape Canaveral was named to Cape Kennedy for a short time from 1963-1973 in honor of JFK. This historical site provided much use for the government programs and for progression of space exploration.

The Cape Canaveral Air Force Station is a historical location for Florida it has held many very important missions and involved still today with progression of space exploration. This historical site was use for historical projects such as the Gemini and early Apollo missions, project mercury and uses a X-37B to launch into orbit in recent years. This historical location is more recent than most but has helped deliver one of the worlds greatest achievements.

The station is involved with making one of the greatest achievements in history, sending men to the moon for the first time. The Cape Canaveral Air Force Station was involved with the Apollo mission, they were responsible for testing and having the Saturn family of rockets tested and made. These rockets were responsible for taking the Apollo astronauts to the moon. The station had to test all the rockets in the years 1962-1965."NASA also acquired 150 Project Vanguard personnel, including an operations group at the Cape that was placed under the direction of the newly renamed Goddard Space Flight Center. which included Army tests of Redstones and Jupiters; the Navy's Polaris missile, which launched from submarines; and the Air Force's Thor, Atlas, Titan and Minuteman intercontinental ballistic missiles." (Howell).

The base was also involved with Project Gemini in 1962-1966, which was NASA's second human spaceflight program, this program was used to help with the big Apollo mission, it would send men out for missions long enough as the moon, they would launch to test space travel and find the best options. The main objective of this project was to find the best spaceflight techniques. "The Gemini 9 mission tested different ways of flying near another spacecraft. It also included a spacewalk. Gemini 10 connected with another spacecraft and used its engines to move both vehicles. The Gemini 11 mission flew higher than any NASA mission before. The last mission, Gemini 12, solved problems from earlier spacewalks." (NASA). There were twelve launches, ten of them were manned. The astronaut corps involved with the Project Gemini were Mercury Seven, The New Nine and the 1963 astronaut class.

After the missions the air force base was involved with missions to shoot space crafts into orbit then lands after a period of time. The space craft that is launched is the x-37b, its a great piece of technology because it is reusable so the expense of the space craft is good it saves the government money, they launch it into orbit for around 270 days at a time and then is landed on a runway. Therefore, the space craft doesn't get totally unusable it is able to be repaired and used a lot easier than most space crafts. "All X-37B missions to date have launched from Cape Canaveral Air Force Base in Florida. While the first three touched down at California's Vandenberg Air Force Base, future missions beyond OTV-4 may continue to land at NASA's Kennedy Space Center in Florida, right next door to Cape Canaveral, officials have said." (Wall). These are more recent involvements with space exploration. These were five missions lasting for months at a time, they took off on April 2010, March 2011, December 2012, May 2015, and September 2017. These missions last for two years so they land about two years after they take off and send them about every year or two.

The development of these bases in the early 50's, especially with NASA in 1958 this formed Florida's space coast. The space coast had attracted many because of the rocket blasts and the jobs the industry has to offer. The space industry was sky rising throughout the 60's and 70's the space coast had exploded into the nation's main facilities for space exploration. John F. Kennedy idea of landing a man on the moon by the end of the decade was a driving force to get men into space and the progression of the space industry. The Cape Canaveral Air Force Station was the location of the original mission control room during the original Apollo mission. The Apollo XI was launched from Cape Kennedy which was the mission that brought humanity to the moon for the first time. The Cape Canaveral Air Force Station is a historical piece of land that has made the greatest achievement of mankind.

Angelo, Joseph A. Encyclopedia of space and astronomy. Facts On File, 2006.