This historical marker commemorates the life of George Moses Horton, an enslaved person who published two books while a slave and one after the Civil War. Horton was born around 1800 and learned to read despite laws preventing slaves from being instructed thanks partly to the wife of a professor. While Phyllis Wheatley and other African Americans who were either born free or acquired their freedom published many books, Horton remained a slave and might be the first Southern slave to publish two books. Horton dictated his poems to be written down and he sold his poems to students a the University of North Carolina. He even had sponsors at the university that tried in vain to help him buy his freedom. During the Civil War, Horton freed himself along with many other African Americans by following a Northern army and staying close to its lines as they moved North. He died in 1883 after publishing a third book. 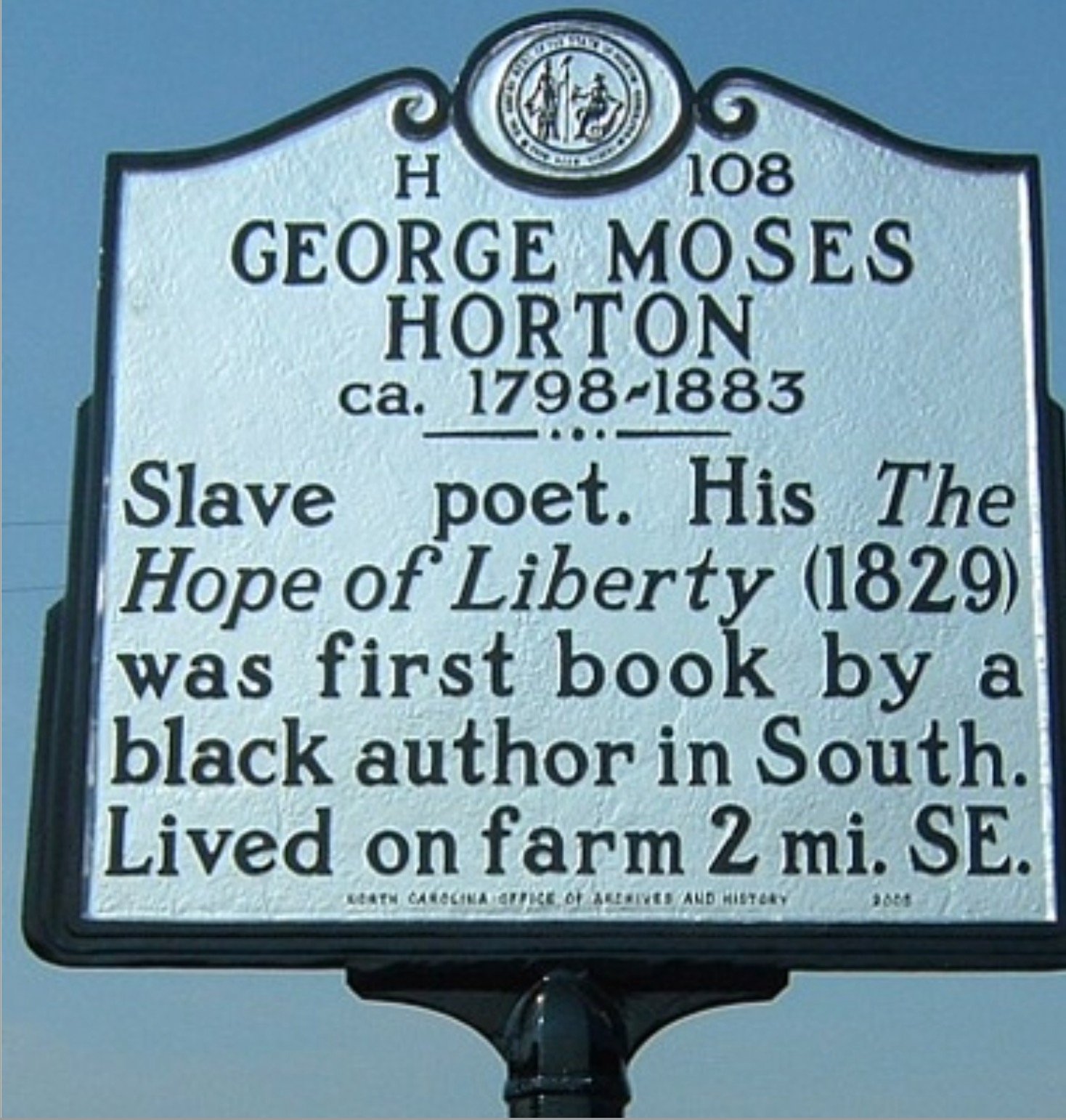 George Moses Horton was a slave born in 1798.  Horton was eager to learn to read and taught himself how to read then he taught his brother how to read. Horton was sent by his master to sell produce in Chapel Hill and that is when he was noticed by students at the university. He would write poems for the students to give to their sweethearts to raise money. He would memorize his poems then have someone write them down for him. Horton would pay his master to let him spend time working on his poems and time to sell them.

Horton had some white supporters including a Governor, several university presidents, and newspaper publishers. While each expressed verbal support, he was only able to secure his freedom by following a Northern army in the Civil War. A wife of a University of North Carolina professor helped him write down his poems and get them published. His published work is called "The Hope of Liberty". He was never able to raise enough money from his writings to pay for his freedom, he even had support from the university faculty but was not able to be free until after the Civil War.

Horton moved to Philadelphia after the Civil War and continued to write but never achieve the popularity he had in North Carolina. Horton died in 1883.  Governor Jim Hunt declared June 28th George Mose Horton day in 1978. He was also one of the inaugural inductees in the North Carolina Literary Hall of Fame in 1996.