The Boardman of North Adams

These nine individual clapboard row houses feature the Colonial Revival style of architecture that collectively represent a snapshot of the work of Edwin T. Barlow, an architect and builder who made his home in North Adams. Constructed over a stretch of years between 1898, when the first four rowhouses were built, and 1901, when the last five were constructed, The Boardman is a single building that occupies the length of the block, with nine rowhomes included within.

The shape and soul of the row of homes are rooted in North Adams’ history, reminding visitors and residents of a significant period of transition for the once-small mill town. 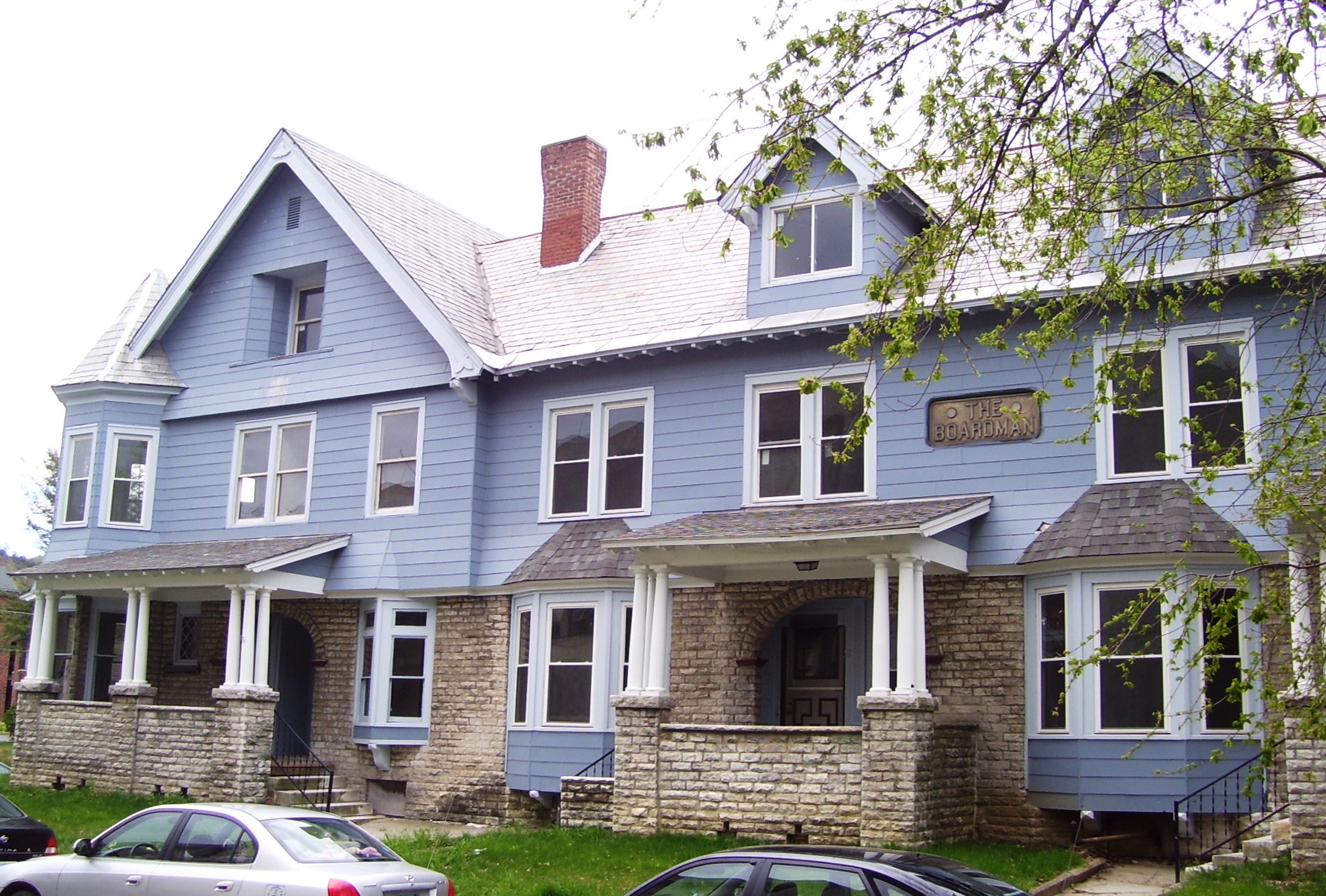 Designed by E. T. Barlow, a New York native and Cornell graduate who came to Massachusetts in the mid-1890s, the Boardman represents a characteristic time for the small city of North Adams. Barlow designed a number of other buildings since his arrival near the turn of the century, at which time the town of North Adams was in a period of economic and residential transition.

The town largely rose up around the Blackinton Mill, which was the heart and soul of the town until the late 19th centry. A business boom came to the Blackinton Mill area during the Civil War as large military orders from the Union Army reflected growing demand. This sudden prosperity attracted many newcomers to the town, most of whom were not directly associated with the mill. As more residents arrived, the town shifted further and further from its roots as a mill town.

When Barlow arrived in North Adams, his first architectural work was the Johnson School.  Following the construction of the school, he designed a number of homes in town as well as a commercial block which is no longer standing.  The Boardman, however, is the longest lasting of his North Adams designs, even if it has undergone some exterior modifications.

The structure is designed after the conventions of the Colonial Revival style, featuring a mixture of stone and clapboarding that had not been built in North Adams before. The Boardman is the namesake of those commissioners -- Walter and Susan Boardman Penniman -- who ordered the construction of the rowhouses on land that had once belonged to the Blackinton family.  The building was originally designed to be upper-class housing for wealthier occupants, evidenced by the inclusion of servant’s quarters in each of the units, though the building proved to serve a much more diverse population than initially intended by the commissioners.  In fact, the commissioners themselves made residency at the Boardman for a period of years.  Over the years teachers, chemists, managers, and many others who would not have been associated with the upper class at the time.

Behind the Boardman was a lot that was once devoted to a commercial garden, though it has been replaced by a parking lot for businesses that now exist in North Adams.  The Boardman itself has changed only on the exterior, and those changes are only skin deep.  New siding has been applied to the building, and owners over the years have applied upgrades to the building’s utilities.