What began as part of a farmer’s market is now the premier live-event venue in the Lehigh Valley. Miller Symphony Hall was initially used as a 3-story central market place in the late 19th century. It was converted to a theater on the eve of the 20th century and has been used as such ever since, with numerous alterations to both building and types of performers. It has hosted risqué burlesque shows and was threatened with demolition in the 1950s. It has survived both disrepair and debt in the 1980s and today is home to the Allentown Symphony Orchestra. It also hosts a variety of live events, with a focus on jazz and classical music.

This angle reveals the Beaux-Arts façade and the full size of Miller Symphony Hall. 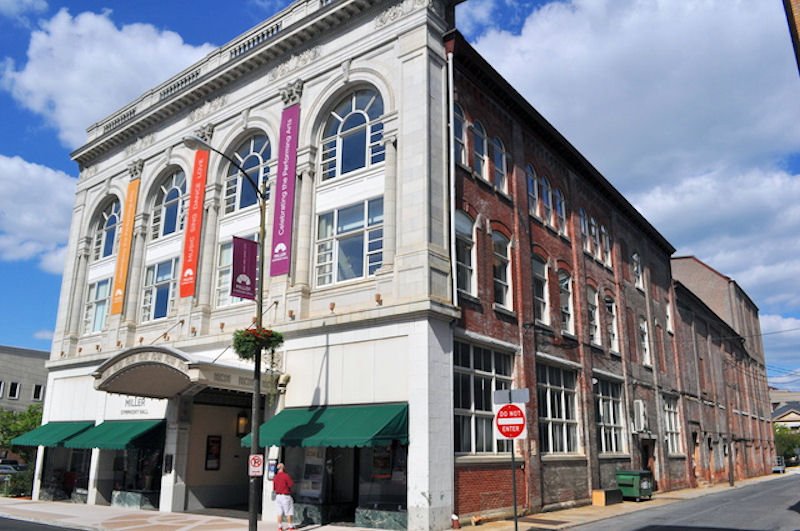 The fully renovated auditorium glows under its new lighting. 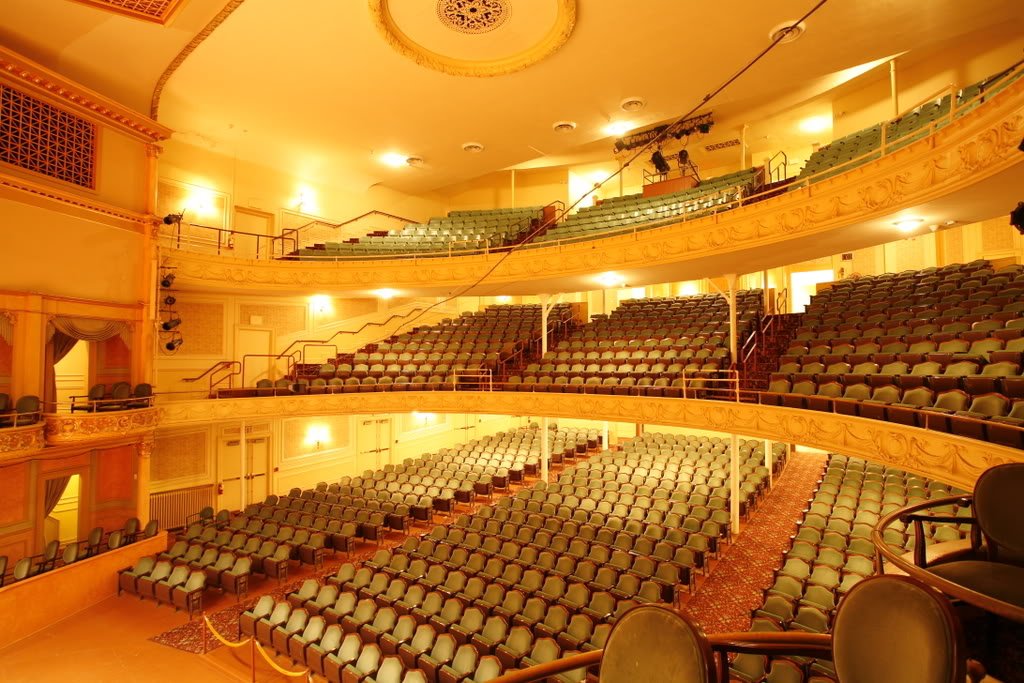 A ground-level view of the hall's renovated stage and new acoustical shell.

The Rodale Community Room is used to host receptions, recitals, dinners and corporate and other events. 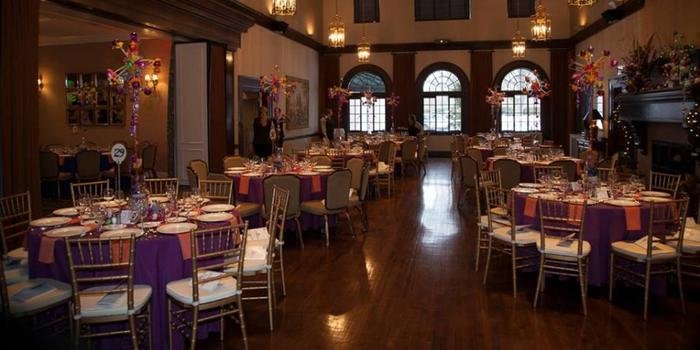 The Allentown Symphony Orchestra in action. 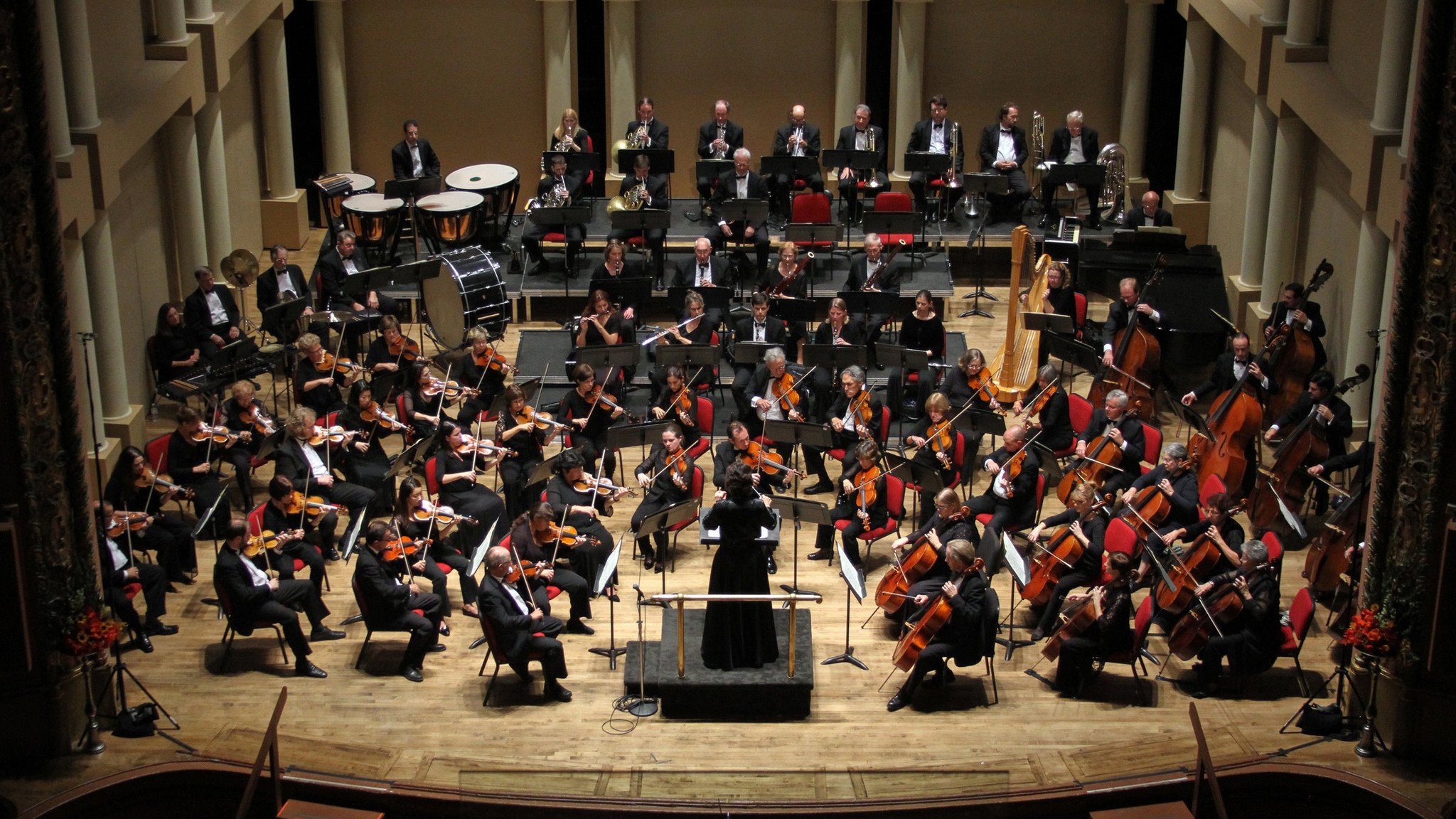 The area that is now home to Miller Symphony Hall was once a thriving Allentown market.  The building that is now the symphony hall was once the hub of that market place.  By the late 19th century, it began hosting concerts.  In 1899 it was converted  into a full time live-event venue with the help of architect J.B. McElfatrick and named the Lyric Theater.  It opened with a comic opera and was also used for vaudeville shows, plays, and minstrel shows.  In 1912 alone it hosted former president Teddy Roosevelt, soon-to-be President Woodrow Wilson, and African-American activist Booker T. Washington.  It was eventually adapted to show silent films just prior to and during America’s involvement in World War I to the soldiers training at nearby Camp Crane.

During the 1920s it went through major renovations to include a new Beaux-Arts style façade designed by Allentown’s David Levy.  It then became one of the country’s foremost “try out” theaters where shows were tested prior to moving on to Broadway, to include the Marx Brothers musical review, I’ll Say She Is, in 1923.  When the Great Depression hit, the Lyric suffered the same financial fate as most of the country.  It struggled to fill seats as Allentown residents had little disposable income.  In order to increase attendance, the managers turned to boxing matches and burlesque strip shows.

By the late 1980s, Symphony Hall faced a new threat, disrepair and debt.  As a result, fund raising efforts for renovations began.  These efforts netted $12 million since 1990 and have led to a new roof, restored exterior façade and lobby, upgraded guest seating, the addition of office and rehearsal areas, a new stage and acoustical shell and the addition of a new wing.  With the renovations came a new name to honor the family that saved the theater in the 1950s: Miller Symphony Hall.  Currently, Miller Symphony Hall is the foundation of Allentown’s cultural district and continues to host a variety of live-events.

Please call or visit web site for shows and times.