Built between 1923 and 1925, the Allentown Masonic Hall was over a century in the making. The Masons have been a presence in Allentown since 1817 and the Masonic Hall has become their permanent home. The massive limestone and brick structure features over 65,000 square feet of meeting and banquet space and is home to the Harry C. Trexler Masonic Library which is open to the public by appointment. Its various meeting halls feature themed interior designs that the temple’s 19 Masonic-related organizations meet in on a regular basis. The Masonic Temple was added to the National Register of Historic Places in 2004.

Allentown's Masonic Temple was completed in 1925. 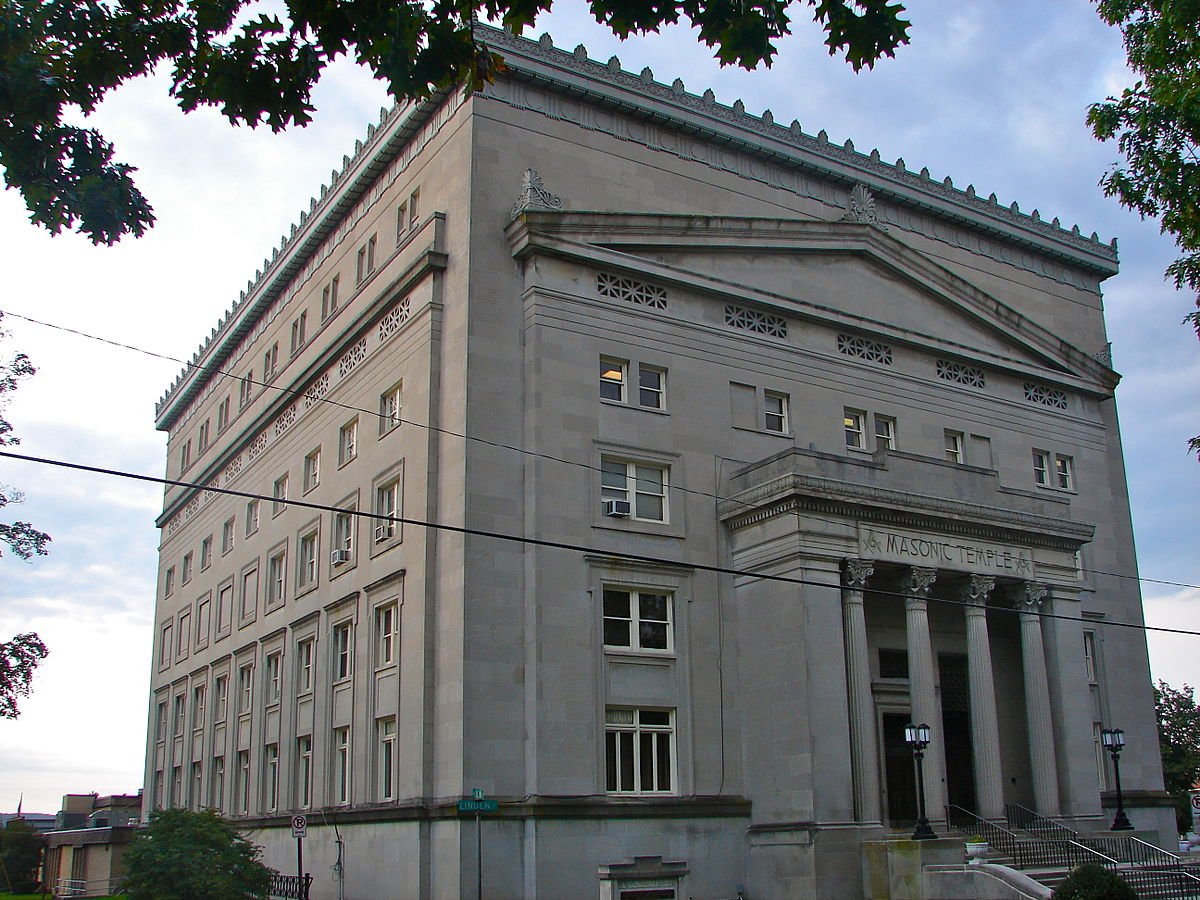 A close up of the entablature above the temple's entrance. 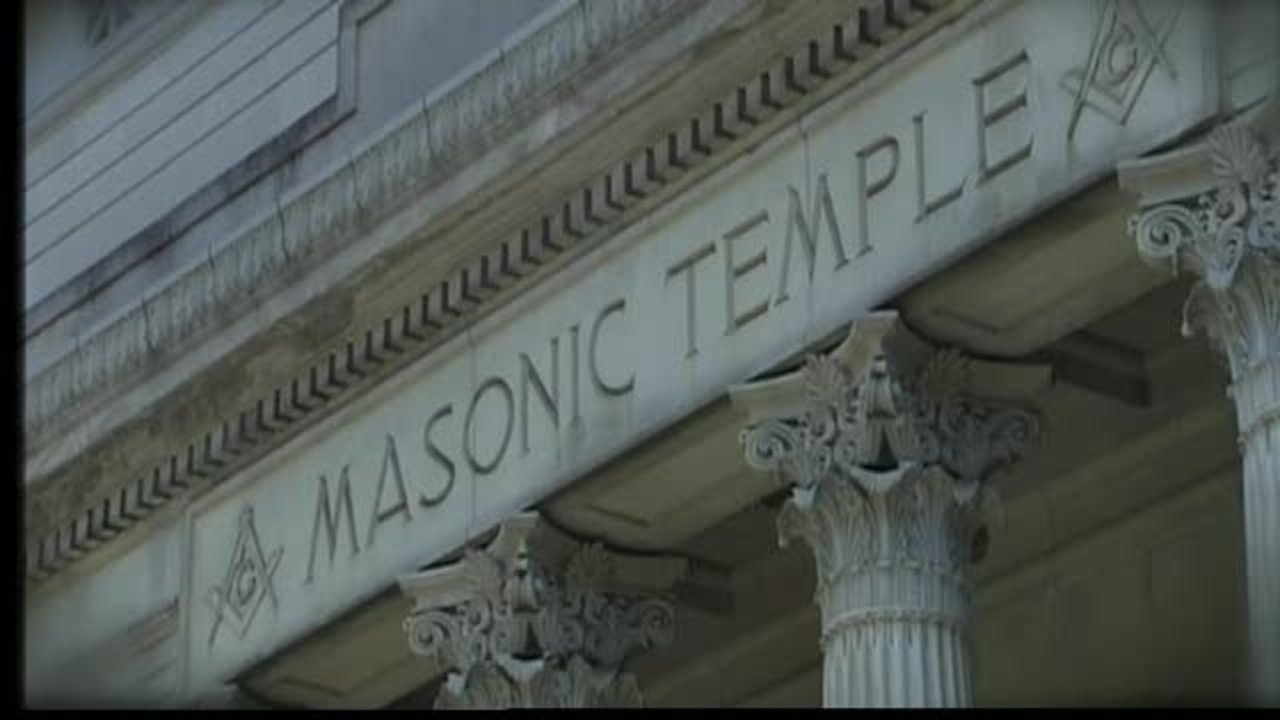 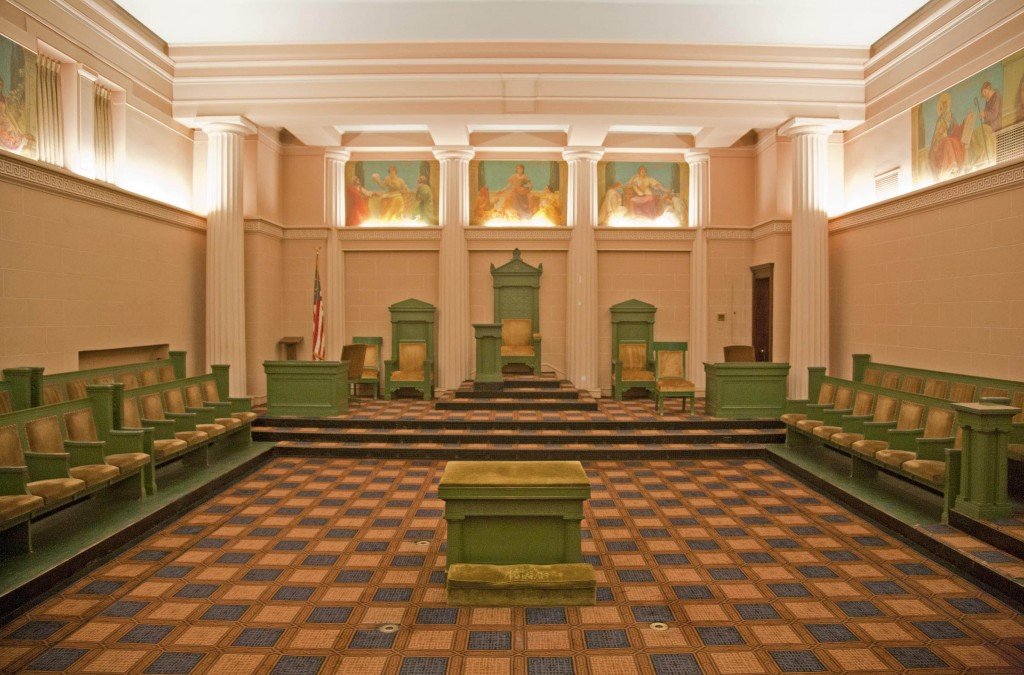 One of the elevator lobbies within the temple. 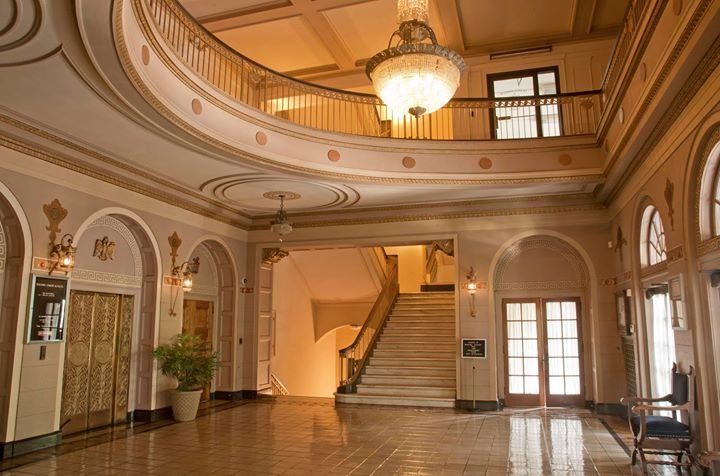 A new District Deputy Grand Master is presented and installed in the Egyptian Hall of the temple in 2012. 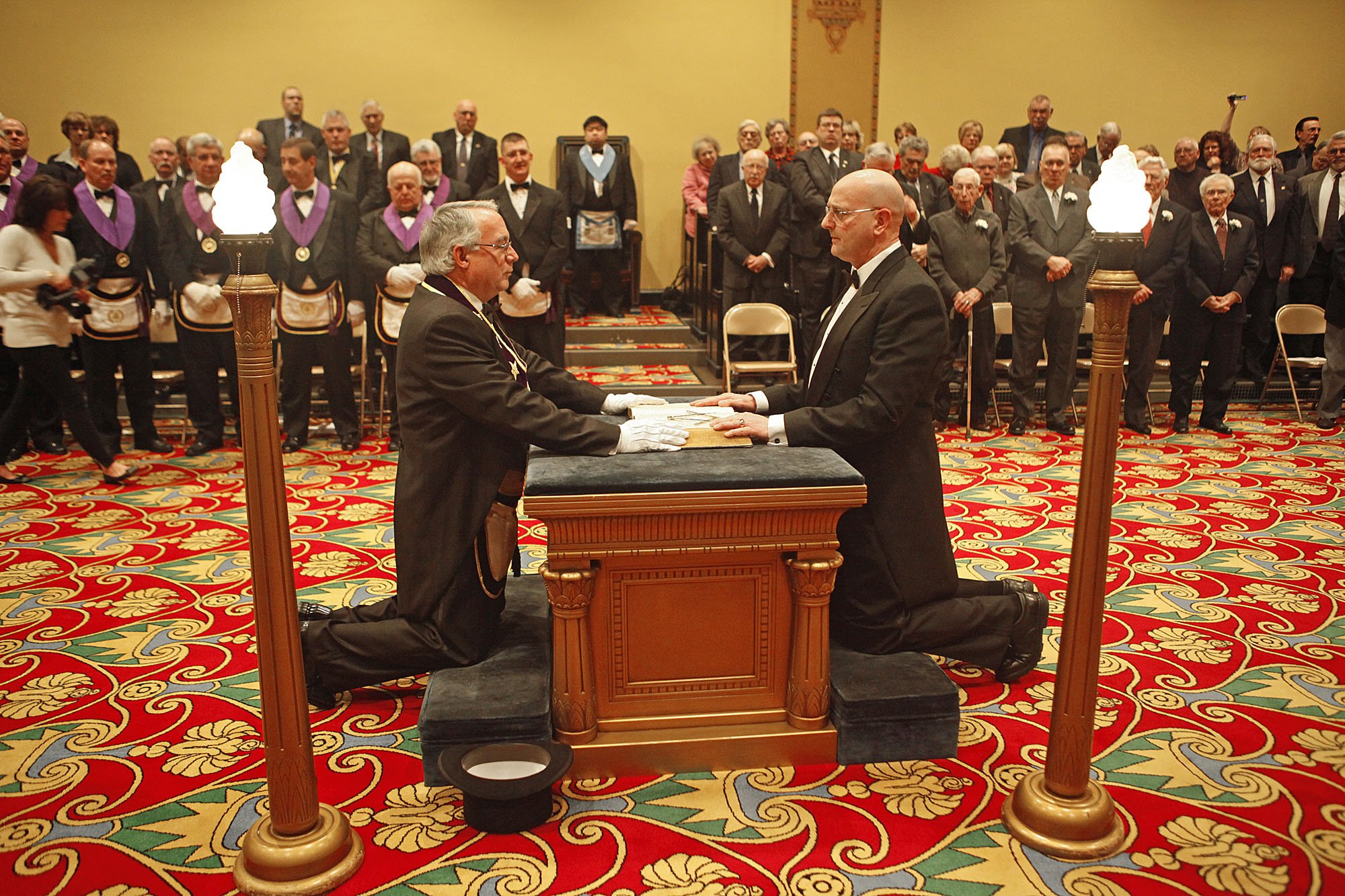 The first Masonic organization in the Allentown area was Lodge Jordan No. 151, Ancient York Masonry, which formed in 1817.  It met at the courthouse facilities within George Savitz’s Compass and Square Tavern located at 7th and Hamilton Streets.  It was disbanded in 1836 and Barger Lodge No. 337 replaced it in 1859.  As this lodge grew and other lodges formed, the members discussed plans for a new Masonic Hall as early as 1911.  In 1913 the Jordan Lodge reformed and hosted former President William Howard Taft at their first banquet.  As the Masons increased in prominence, they formed the Masonic Temple Association in 1916 to raise funds and plan for a new, permanent home.

The Association secured the services of Chicago architect, Richard Schmid, and the construction firm of William Gangeware and Company.  Ground was broken in February of 1923 and the first Masonic organizations arrived at the temple in 1925.  Schmid designed a traditional temple in the Neoclassical Revival design.  Comprised primarily of Indiana limestone, the temple features elaborate terra cotta and stone trim along its exterior.  Its grand entrance utilizes wide steps, decorative lamp standards and four composite fluted columns that support an entablature 25 feet overhead.  Schmid’s designs also called for an adjacent theater, but it was never built.

For the interior, the Masons contracted with interior designer Gustav A. Beard.  Beard designed each meeting hall differently, at the behest of the Masons.  For example, in the entrance vestibule he utilized gray marble with a bronze cornice along the ceiling.  In the Reception Room, Beard located a faux fireplace and large brass chandelier.  The Commandery Asylum is decorated in a 16th century Renaissance style and houses a stage and double Austin organ while the appropriately named Renaissance Hall features a 15th century Italian design and a large barrel arch with stained glass window.

The temple’s meeting halls, to include the Egyptian, Gothic and Doric Halls, feature upholstered benches, raised daises, pocket doors, and ornamental lighting.  The temple also houses two large, basement banquet halls that are divided by large folding doors and are supported by a large commercial kitchen.  These banquet halls are available for rental.  Currently, the only space open for public use is the third-floor Harry C. Trexler Masonic Library which is available by appointment only.  While the Masonic Temple is open for public tours only a few times a year, there are plans to conduct more tours on a regular basis in the future.

Library by appointment only. Call for tour information.