The Historical Marker is located at the junction of Laurel Creek Rd and WV route 122. It approximately 1/4 of a mile from the western entrance of the cave system of the saltpeter caves. The eastern entrance is a mile further down Laurel Creek road. Both entrances are located on private property, but the western side is used by local universities for studying purposes. The caves were used to harvest saltpeter for preservation and for a key component in the making of gunpowder. It was one site that was coveted by both sides during the Civil War for the production purposes. 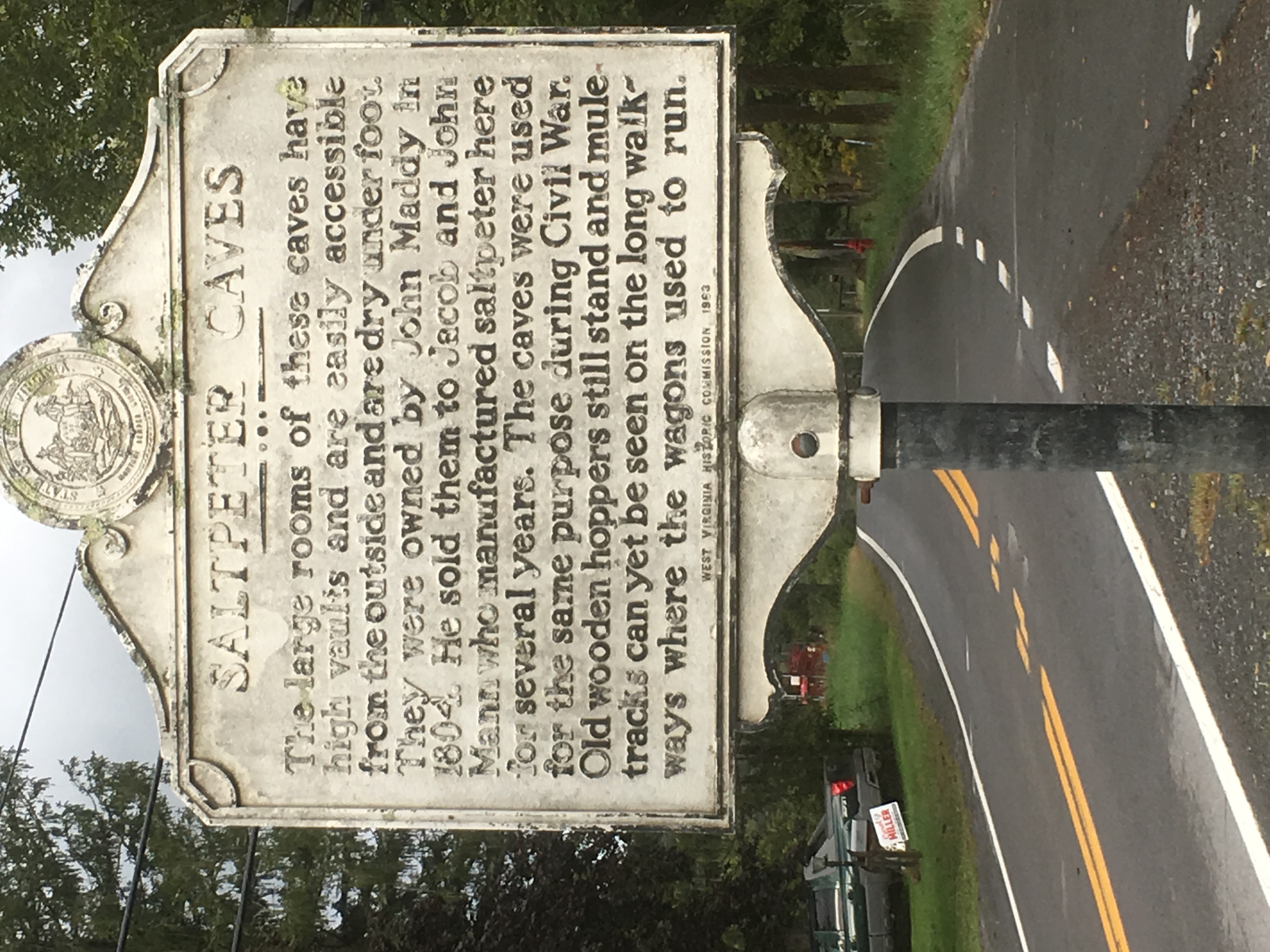 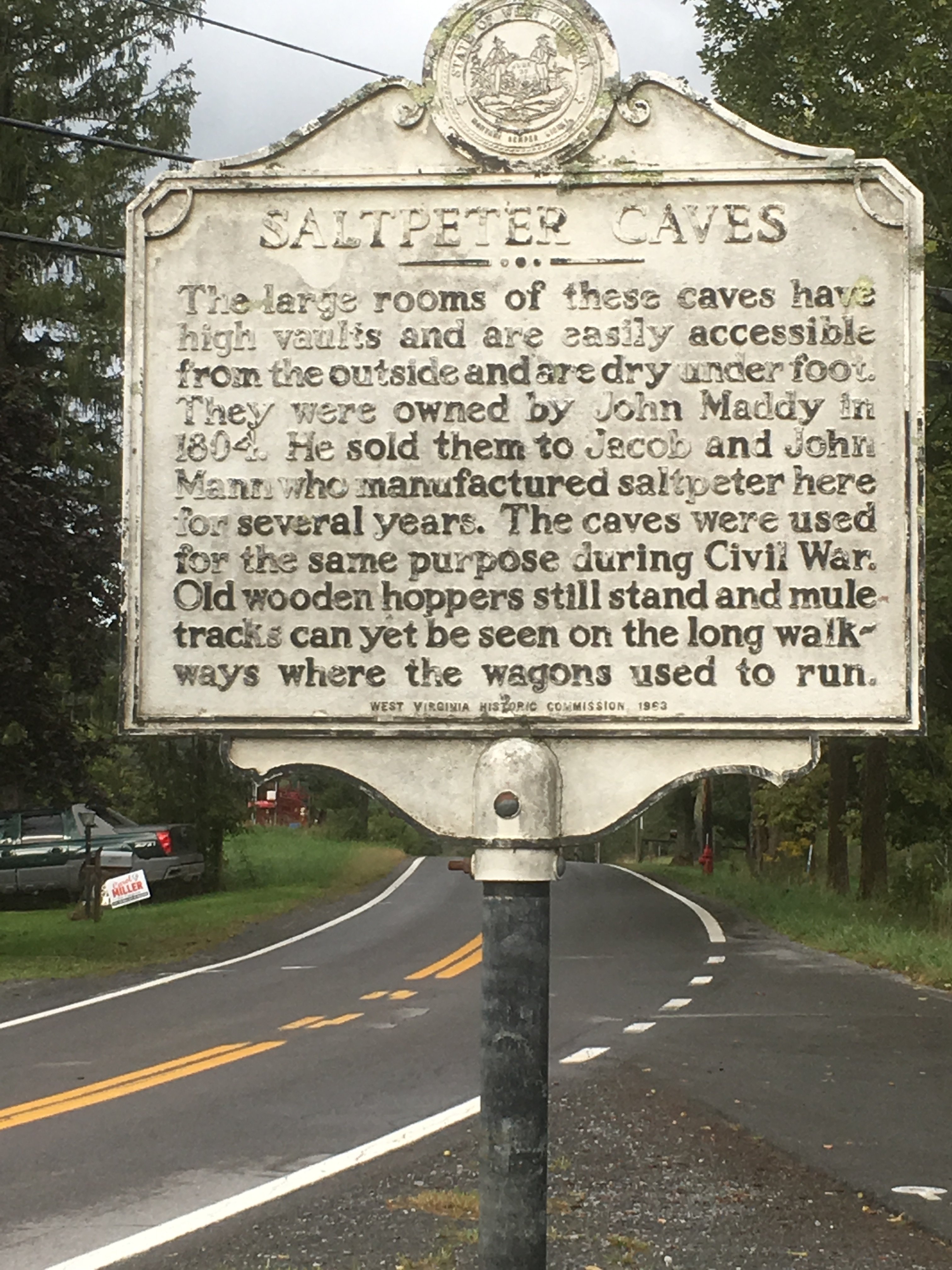 During the Mississippian Era, the cave system was created by water flow and rock formations. In this process there was created a maze-like cave system that traced its way around the hills of modern day Greenville, West Virginia. Laurel creek disappears into a series of underground aqueducts before reemerging at the western entrance. This natural formation provided shelter for both man and animals over the centuries since.

As man progressed and created gunpowder, three components are used: Charcoal, Sulfur, and Saltpeter. Charcoal is creatable, sulfur is importable, but saltpeter had to be found.

"The third component, saltpeter, was the problematic one. It is the largest component of gunpowder and was the hardest to find historically."1

Saltpeter is harvested from the earth in cave systems. It is found in places throughout the world, but those who found it controlled their finding. The control of the saltpeter meant that they had control on the gunpowder processing, and it limited the possibility of it to be used against them. That meant selling of it was limited and costly.

In America, it was found in the natural caves throughout the region. colonist found uses for it to cure their meats, fertilizer, and treatment of certain medical ailments like asthma and high blood pressure.2 The Greenville caves are the largest saltpeter caves in the region.

The caves in Greenville were owned by John Maddy till 1804, when he sold them to John and Jacob Mann. The brothers harvested the saltpeter to be used in local shops and on local farms. When the Civil War broke out, Confederate troops occupied the valley and collected the nitrate for use in the production of the gunpowder needed.

The hoppers and mule tracks existed in the regions of the caves used, but much has been destroyed over the years through vandalism. The caves proper are located on private property on Laurel Creek Road. The eastern entrance is visible from the roadway, while the western entrance is beyond sight. You cannot venture into the actual caves without permission of the respective owners, and for safety reasons should not be attempted.

These caves are associated with other such caves in the region: The Organ Caves in Caldwell, The Lost Cavern in Lewisburg, and the Salt Cave and Spa in White Sulphur Springs. There are tours throughout these caves that share the natural elegance of the caves, and the historical bounty they possess.