The Manse was originally built with a wood frame. 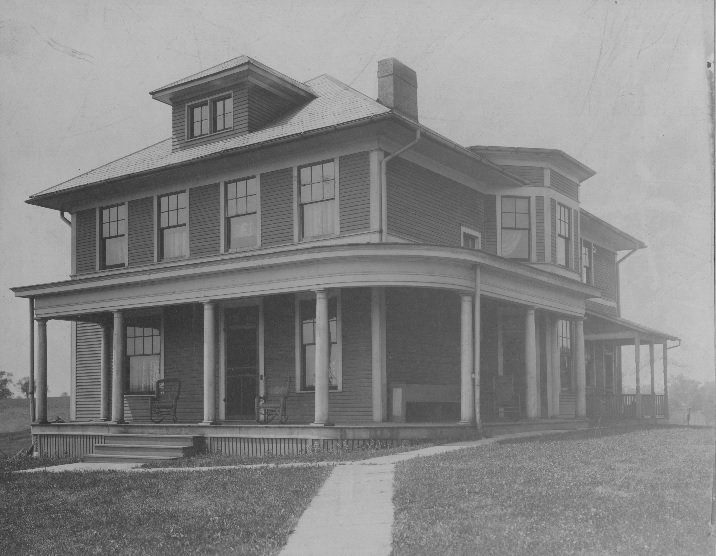 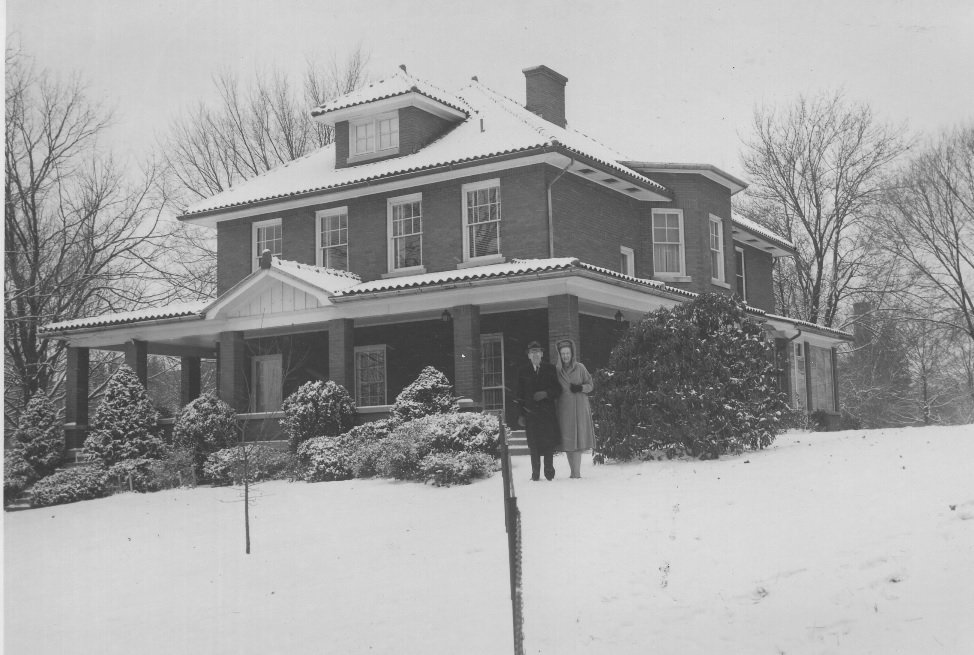 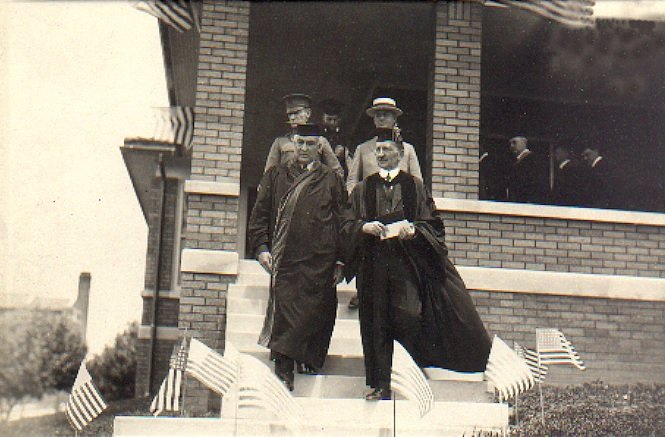 The president’s home was built in the year 1906 as a bargain for the new president coming to Muskingum University. John Knox Montgomery was the twelfth president of Muskingum University and was presented with the Manse when his family arrived from South Carolina. John Knox Montgomery would only move his family states away if there was a home for them.  The Manse then became home to all the president except one since its beginning with president Montgomery. The Manse was built as a frame house, which was very common then, with a wood siding and an open wrap around porch that went from one side of the home to the other. Later in 1922, an upgrade of brick veneer was added onto the house. Brick was more popular and many of the other buildings on campus had a brick siding. There was also an upgrade to the roof as well. The roof had a red tile look that was to match with the nearby newly built buildings, Montgomery Hall and Brown Chapel. Within recent years, part of the porch has been enclosed.

Looking over the main entrance to Muskingum, the Manse stood tall and beautiful until 2016 when the demolition began. The upkeep of the Manse was far too expensive for the University to put money towards. The Board of Trustees decided that it was best to spend the money to repair what was needed to the academic building than to fix up the old Manse. This was sad, however, the cost to fix the foundation, plumbing, electrical, and roof would come close to two million dollars. The Trustees of the University decided spend the money elsewhere and let the Manse go. Even though the Trustees had a tough decision to make, there were efforts to support the Manse and fight to keep it standing. One way of keeping its history alive was the Manse being added to the list of endangered historical sites on the statewide non-profit organization, Preservation Ohio Website. This website was made to bring attention to old historical building that were in the danger of being torn down. Some of the historical building on the list did survive, sadly the Manse did not.

Although the Manse is no longer standing, it had a wonderful and loving life. Before the Manse was built, the students, local faculty, and even some of the citizens of New Concord and Cambridge came together raise money for the Presidents home. When it was officially built, the Manse costed 16,318 dollars to build. It was two stories tall with an 8 foot basement to complete it. As mentioned earlier, the home had twelve rooms and was 50 feet long by 33 feet wide and was 19 feet tall (not including the basement).  Not only was the house big a beautiful, but there has even been a famous U.S. President stayed the night here. U.S. President Warren Harding spoke at Muskingum commencement and stayed the night at the Manse.

The Manse was a historical building that couldn’t be saved. Although many have put much effort into saving the home. It was just not met to be. In late July, the demolition began, and the Manse became a part of Muskingum history. Being that the Manse was demolished in 2016, many student, faculty, and staff at Muskingum still remember the beautiful home that once stood on the hill.