This historic Cedar Rapids public building was conceived in the wake of World War I as a home for the city's governmental offices and other civic purposes. A 1925 petition gained support and following a successful referendum, Veterans Memorial Commission was formed to start construction of the building. The building on May's Island serves a variety of functions and also served as Cedar Rapids' City Hall for the first eight decades of its existence Additions to the building in future years included new memorials to honor veterans of WWII, the Vietnam War, the Korean War, the American Revolution, and the Spanish-American War. The building has eight stories and serves as the home of many community organizations and also a space for community events.

For many years, the building was also home to the city government making Cedar Rapids the only US city with their government located on an island during those years. 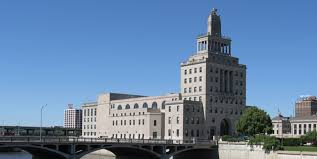 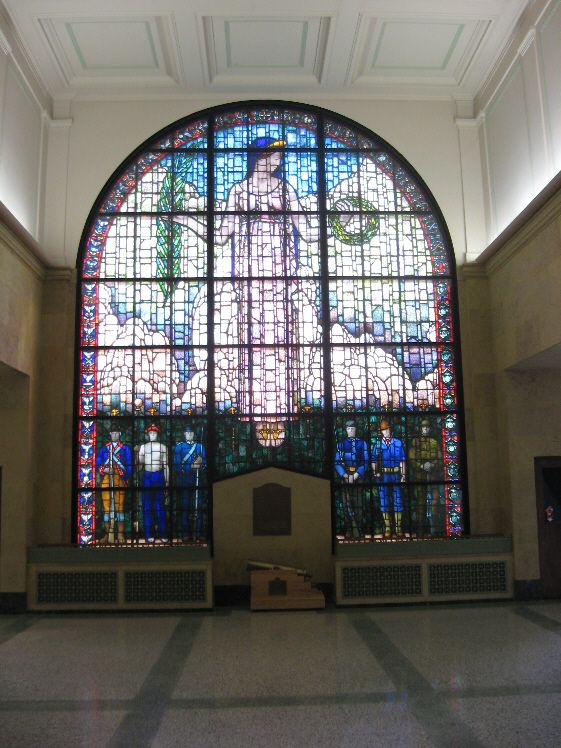 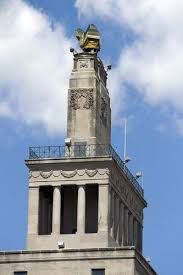 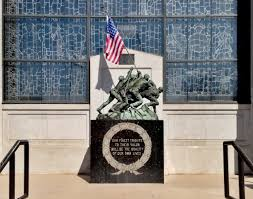 Event hall in the building that takes part in various venues such as weddings, political campaigns, and charity events 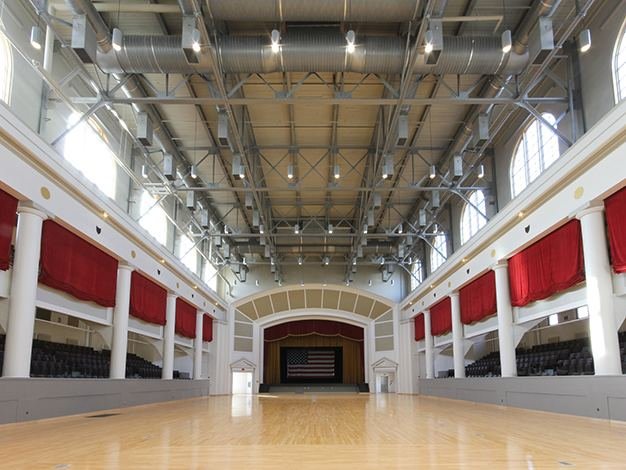 Veterans Memorial Building is located on May's Island on the bridge over the Cedar River in Cedar Rapids, Iowa. The building is designed in Beaux-Art style and built in 1925 after the Veterans Memorial Commission approved the site. Having the building that includes City Hall built on an island meant that it joined only two other city governments that were on an island: Paris, France and Osaka, Japan. The main part of the building has four stories, while the front has eight stories. The front of the building also contains a cenotaph to honor the deceased war soldiers above the eight stories, the Tomb of the Unknown Soldier above the cenotaph, and the eternal flame placed atop in 2000 to symbolize our perpetual gratitude and remembrance of war veterans alive and deceased.

Reviews point out that the most sought out item to visit in the building is Grant Wood's stained glass memorial piece made in 1927. It measures 24ft by 20ft and depicts the Lady of Peace and Victory in the clouds who holds a palm branch for peace in one hand while the other hand contains a wreath meaning victory. Surrounding her under the clouds are six soldiers that represent soldiers of the American Revolution, War of 1812, the Mexican-American War, American Civil War, Spanish-American War, and WWI.

After severe damage in the flood of 2008, the building underwent several years of renovations. Veterans Memorial Building was officially reopened with a ribbon-cutting ceremony on April 15, 2014. The Memorial Window is a highlight of the building, with beautiful colors of the piece dance in the sunlight and light up the room. The window was damaged during the flood of 2008, but restored in 2010 by the Glass Heritage of Davenport, Iowa. Other highlights of the building include a WWII memorial of The Raising of the Flag at Iwo Jima at the top of the steps. There is also a small museum and galleries that house over 2,500 artifacts on the first floor.

The Memorial Coliseum includes seven banners of veterans organizations and seven American flags hanging from the ceiling. Besides artifacts and memorials, the building is home to the Community of Artists and Veterans (C.A.V.), Operation Home, Heroes and Friends Social Club, and Midwest Military Outreach. These organizations help veterans by allowing them to explore the arts as a profession, therapy, meeting fellow veterans, and an outreach program for resources as well. Along with history and outreach programs, the building also houses events in its ballroom, upper auditorium, and lower auditorium.