This historical marker is located near the site where the U.S. Army General Hospital stood during the Civil War. The hospital was in operation from July 1862 until July 1865. The site was located near the intersection of Buckeye Avenue and Ohio Avenue in Gallipolis. During the war, this hospital treated both Union soldiers and Confederate prisoners of war. The 29-acre hospital site consisted of several wooden, ridge-ventilated buildings. It was located near Camp Carrington, a site used to recruit and train Union soldiers. The Gallia County Historical & Genealogical Society, O.O. McIntire Park District, and The Ohio Historical Society erected the marker in 2003.

Front of the historical marker. 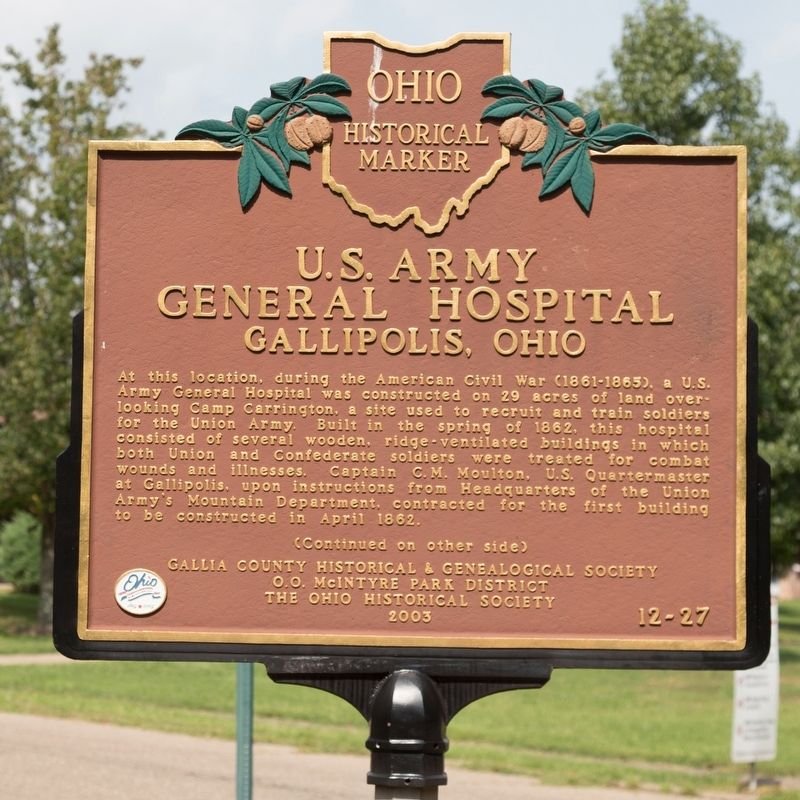 Back of the historical marker. 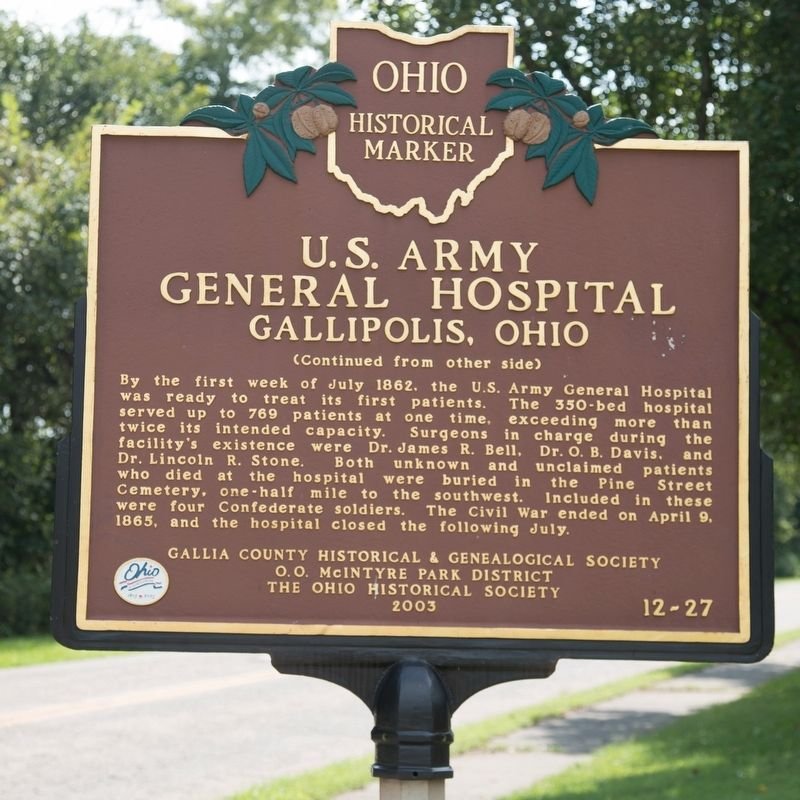 Drawing of the hospital (artist unknown). 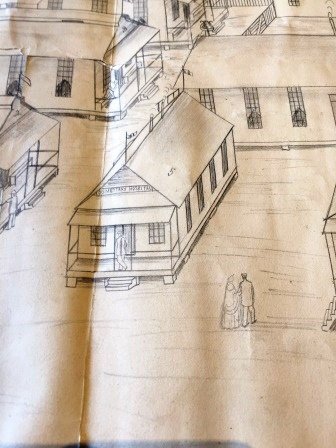 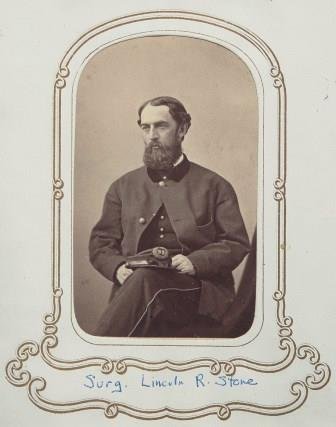 The U.S. Army General Hospital was located near Camp Carrington, an army installation that was used to recruit and train soldiers for the Union Army. Captain C.M. Moulton, U.S. Quartermaster at Gallipolis, made plans for the hospital to be constructed in April of 1862. The hospital was completed in July of 1862 and ready for patients. Both Union and Confederate soldiers were brought to the hospital which operated until the end of the Civil War. The hospital closed in July 1865.

The hospital included fourteen wooden buildings on 29 acres and was intended to be a 350-bed hospital although it ended up caring for as many as 769 patients at one time. Buildings one through four were all buildings for the ill and the wounded. Building five was the office and dispensary. Buildings six and seven served as the quarter for surgeons and the other staff. Seven more buildings were the sites of the dining hall and kitchen, stable, coal house, laundry, carpenter's shop, bakery, and morgue.

Dr. Lincoln R. Stone of Newton, Massachusetts was the chief surgeon in the final years of the war. He and his new bride arrived in Gallipolis after his wedding in February of 1864. The couple stayed in the city until the time of the hospital's closure in July 1865. Additional surgeons in charge at the time of the hospital were James R. Bell and O.B. Davis.

Pine Street Cemetery, located one half mile away from the hospital, is where both unknown and unclaimed patients who died at the hospital were buried. Four Confederate soldiers were among the men who were buried at that cemetery. Today, the marker is all that remains of the hospital site. That marker was erected in 2003.