Kellogg Lake postcard/exhibit mount, c 1955, display in "Carthage Collects" temporary exhibit that was also part of the 175th Anniversary of Carthage exhibit in 2017 at the Powers Museum. 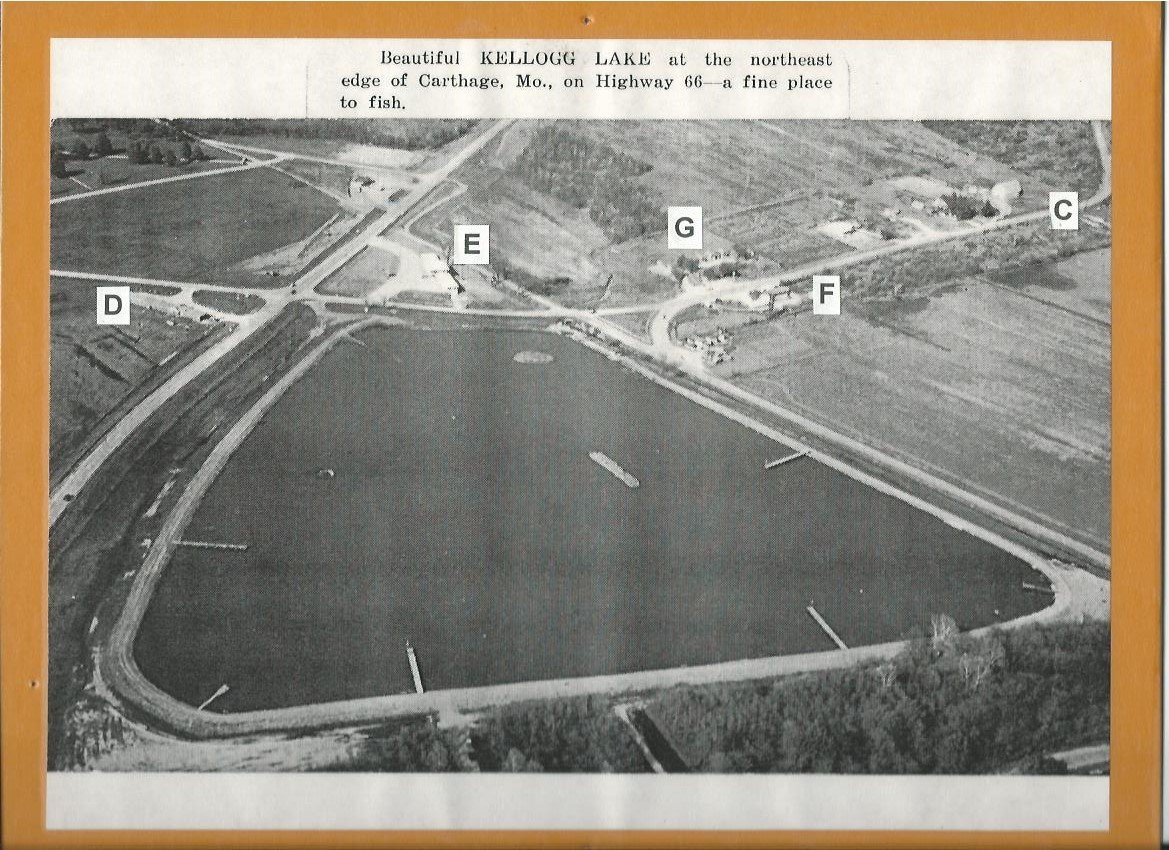 1927 Carthaginian yearbook image showing Spring River and US 66 route through what is now Kellogg Lake Park. 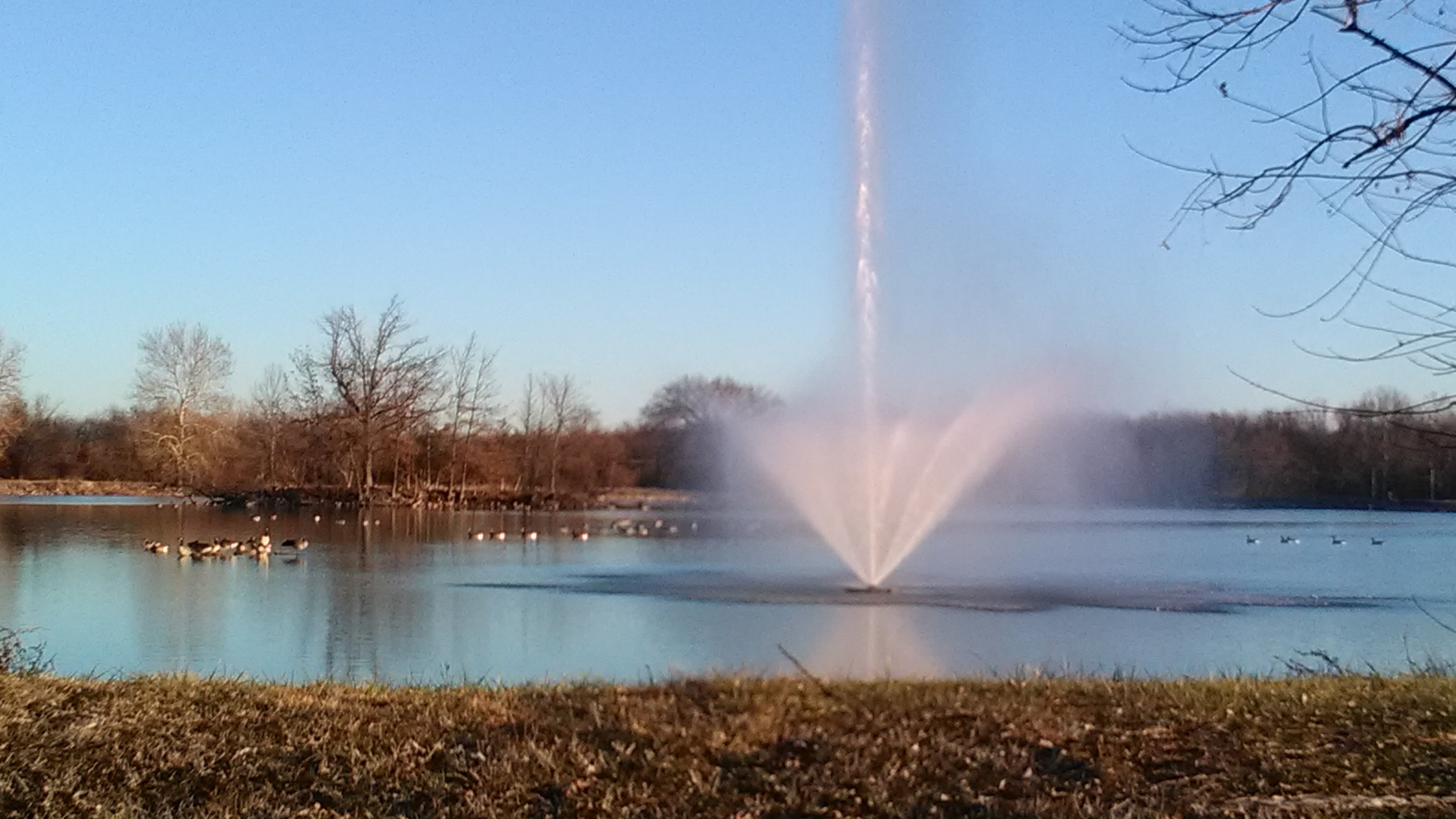 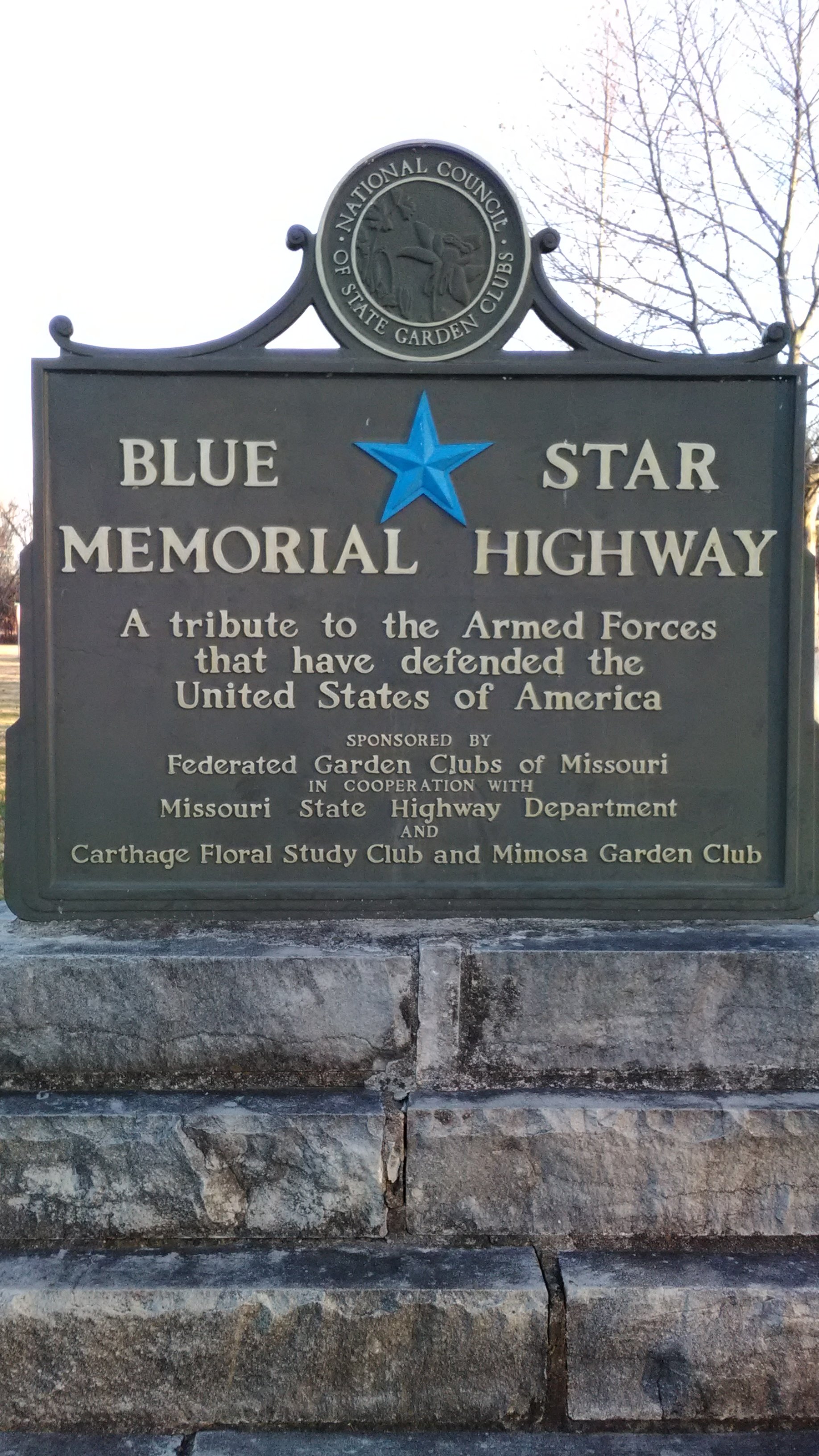 After World War II, the Carthage Sportsmen’s Protective League (CSPL), a local wildlife and conservation organization organized in 1918, had been seeking a suitable site upon which to construct a lake for fishing and other recreational purposes. It was during the construction of a new, straighter roadway for U. S. Highway 66 (also known as Route 66) in 1953, that 28 acres formerly part of the Kellogg Farm were excavated for fill to elevate the new road. After negotiations with E. L. “Uke” Haughawout, Mary Kellogg and brother Charles Kellogg deeded the land to the League. A finance committee was formed and raised $7,000.00 for the construction of the dam, dikes and holding areas. It was hoped that the lake would fill from natural sources, but a severe drought in 1953-1954 caused the League to purchase and install a pump to fill he lake from nearby Spring River. After stocking it with fish, the lake was opened to the public in 1954.

The Sportsmen’s League, Missouri Department of Conservation, Missouri Highway Department, local garden clubs and other volunteers continued to make improvements to the area. A roadside park and history markers were dedicated in 1956 and in 1963 the lake and additional acreage were added to the City of Carthage park system. A fountain in the lake was added in 1969, donated by Dr. Emil Oexman. A larger replacement fountain was donated in 1986 by Robert Esterly and dedicated to Haughawout and the Kelloggs. In 2002, a lake-side pavilion was added and funded by the Helen Boylan Foundation, the Kent and Mary Steadley Trust, and Infinity Lighting.

Kellogg Lake Park continues to be a draw for local families and travelers to relax and enjoy the facilities of the park including its annual June event, Kids Free Fishing Day, which draws hundreds of children. In addition, a disc golf course has been added in recent years.

The original route of U.S. Highway 66 into Carthage runs along Spring River within the park. A bridge has been removed that permitted travelers to continue down River Street to Central Avenue where U. S. 66 turned west on to Central Avenue. Traveling south on River would lead to the Carthage Tourist Park (see Clio entry for Carter Park). The intersection of River and Central was bypassed in the 1930s with a new Carthage limestone and concrete bridge which has recently been replaced with a new all-concrete bridge used today as MO 96 enters the city limits. just beyond Kellogg Lake Park.

Entry created in honor of Carthage's 175th Anniversary Celebration exhibit featuring selected artifacts and archival pieces on display at the Powers Museum during 2017. Funding for Neighborhood History project was made possible by a grant from the Missouri Humanities Council and the National Endowment for the Humanities, Spring 2017.