This is a contributing entry for Greater Morgantown Public Art Tour and only appears as part of that tour.Learn More. 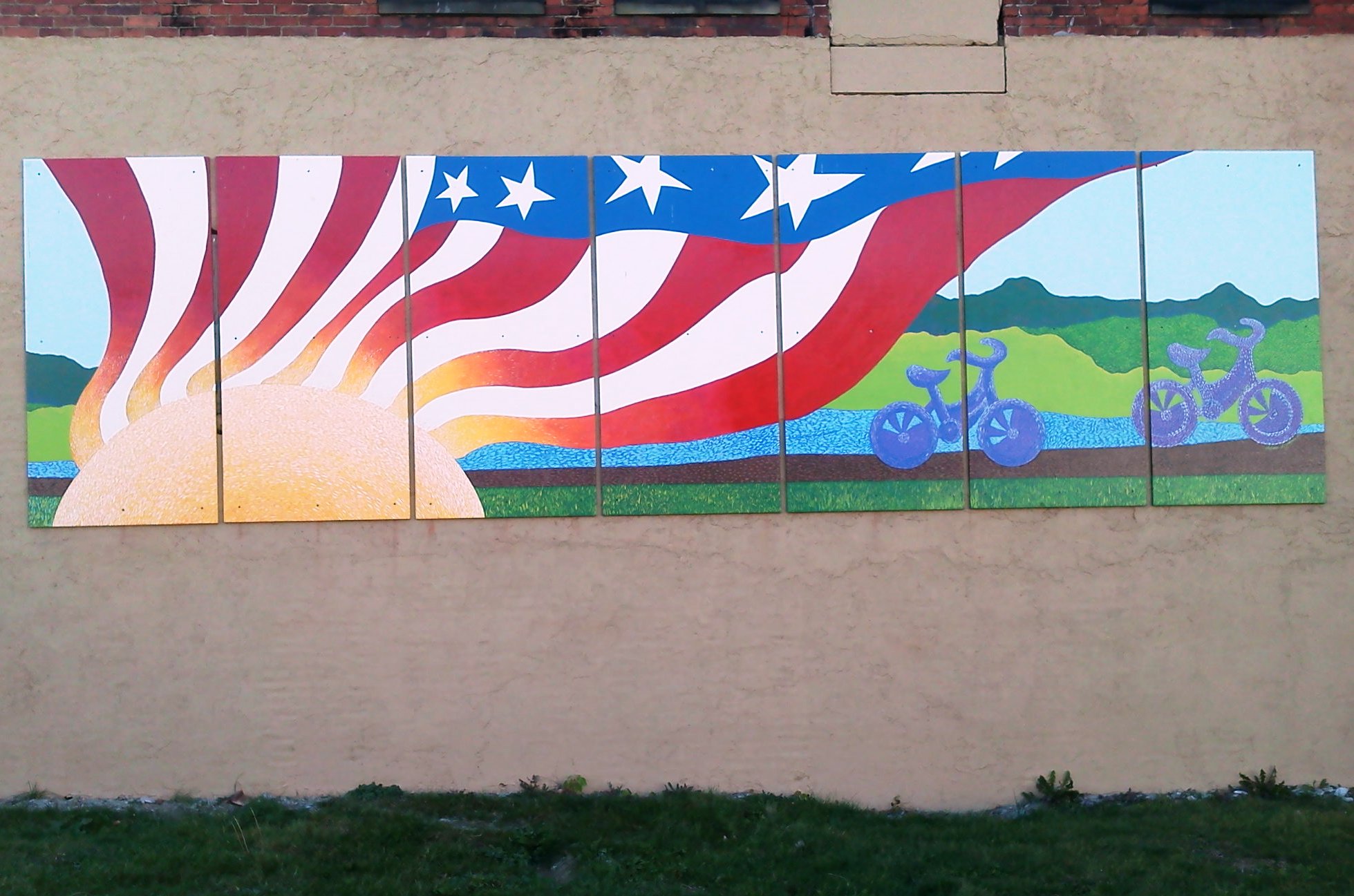 In 2013, Debora Palmer, with students participating in the “Arts in the Park” summer program in Morgantown, created this mural that was mounted on the VFW building. Prior to installation of the artwork, the Veteran's of Foreign Wars (VFW), George O’Neal Post 747, made major improvements to the side wall that included stabilizing it, adding a skim coat, and painting it. These improvements were supported in part by a mini-grant from the River Town Program. Production and installation of the mural was supported by mini-grants through the Rails to Trails Conservancy and the Trail Volunteer Fund.