Built in 1937 and originally called the Municipal Auditorium, the Civic Center Music Hall is renowned around the country for its excellent acoustics. It features three theatres as well as a large reception hall. Over one million attend events are held here per year and it is home to a number of local performing arts companies including the Oklahoma City Philharmonic and the Oklahoma City Ballet. It was added to the National Register of Historic Places in 2016 for its architecture and important role as an art and cultural center.

Civic Center Music Hall was built in 1937 and originally called Municipal Auditorium. It is listed on the National Register of Historic Places. 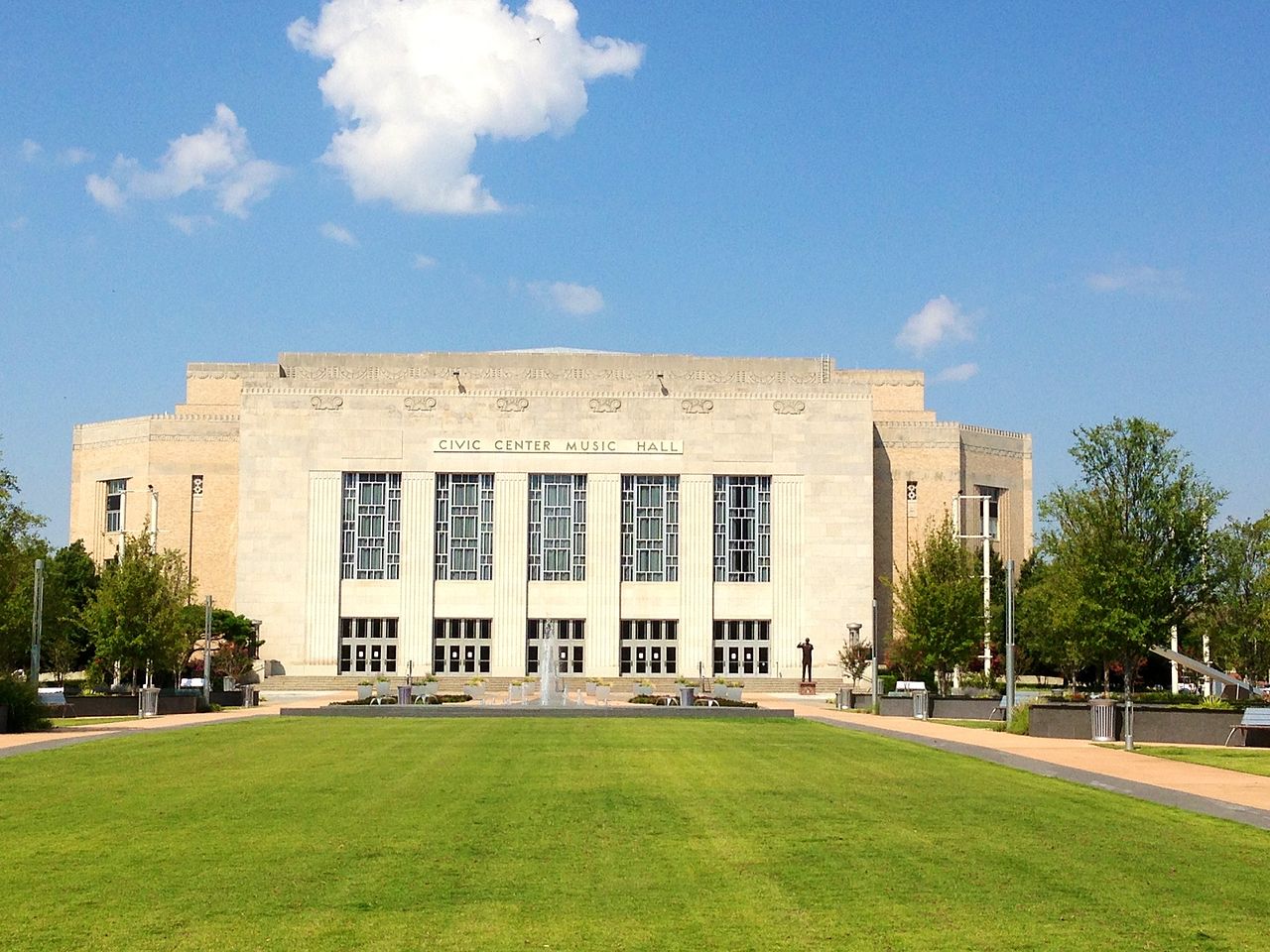 The auditorium was built with funds from the Works Progress Administration (WPA), a federal government agency that funded various building construction projects around the country during the Great Depression. The WPA was part of Franklin Delano Roosevelt's New Deal initiative.

Before it was built, there was no place in the city that could sit more than 2,000 people. The city decided to remedy this situation by constructing the auditorium, which had a seating capacity for 6,000 in the main theatre. Major renovations took place in 1967 when the large theatre was downsized and other changes were made. The name of the building was changed to its current one as well. Another round of renovations took place in the late 1990s and early 2000s. It was during this time that the Civic Center attained its excellent acoustics.