The Tuckahoe Neck Meeting House was built in 1803 by the Nicholites, a sect of Quakers. The building served as a place of worship and a school for the Nicholite Quakers who supported women’s rights and the abolition of slavery. Demonstrating their commitment to their beliefs, Nicholite Quakers also used this meetinghouse as a place of refuge for enslaved persons traveling along the Underground Railroad and some members of the congregation actively assisted people as they evaded slave catchers. The Tuckahoe Neck Meeting House was one of five Quaker meeting houses in Caroline County in Maryland that supported the local Underground Railroad network of safe houses. 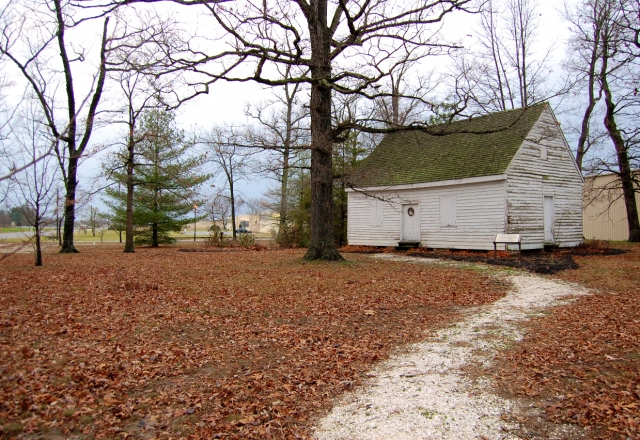 The Quakers began refusing membership to slave owners in the late 18th century, and by 1790, each of the Quaker congregations in the Eastern Shore of Maryland had no slave-owning members. By the early 1800s, a growing number of Quakers called for an end to slavery and some even helped slaves escape their captors by covertly sheltering people as they moved from one safe house to the next along an informal network of like-minded people that came to be known as the Underground Railroad.

The abolitionist Hannah Leverton was married at the Tuckahoe Neck Meeting House. She operated a safe house South of the Tuckahoe Neck Meeting House. By the standards of the early 18th century, Quakers were more supportive of leadership roles for women and also advocates of greater equality. The Quaker church included female religious leaders and so it is not a coincidence that many of the most influential women of this period such as Lucretia Mott and Martha Coffin Wright who participated in the first women’s rights convention in Seneca Falls were Quakers. Harriet Tubman became involved with the women’s suffrage movement and became close with these Quaker women.

The Tuckahoe Neck Meeting House was restored in 2006 by the Caroline County Historical Society. The Caroline County Historical Society received an anonymous grant in 2006 after preservation efforts in 2002 were stopped due to funding issues. The Tuckahoe Neck Meeting House is now one of 36 historical sites on the Harriet Tubman Underground Railroad Byway self-guided tour.