The Phi Mu Sorority House is a historic chapter house on the campus of the University of Illinois at Urbana-Champaign. The house was constructed in 1928 by the Crowl Construction Company in the Spanish Eclectic style. The house represents the flourishing of the Greek Letter Society movement at the Urbana-Champaign campus during the 1920s. 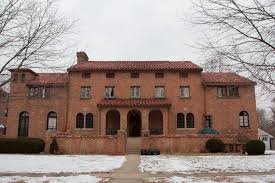 The Phi Mu house is one of 27 chapter houses built during a second wave of construction between 1926 and 1930, following an initial wave of building from 1906 to 1917. It was designed and constructed by the Crowl Construction Company.