The Hay and Owen buildings were built from 1866 to 1867 and appear as one large structure. The buildings were constructed when this was a large commercial district dominated by merchants whose trade was connected to the port along with warehouses and factories. 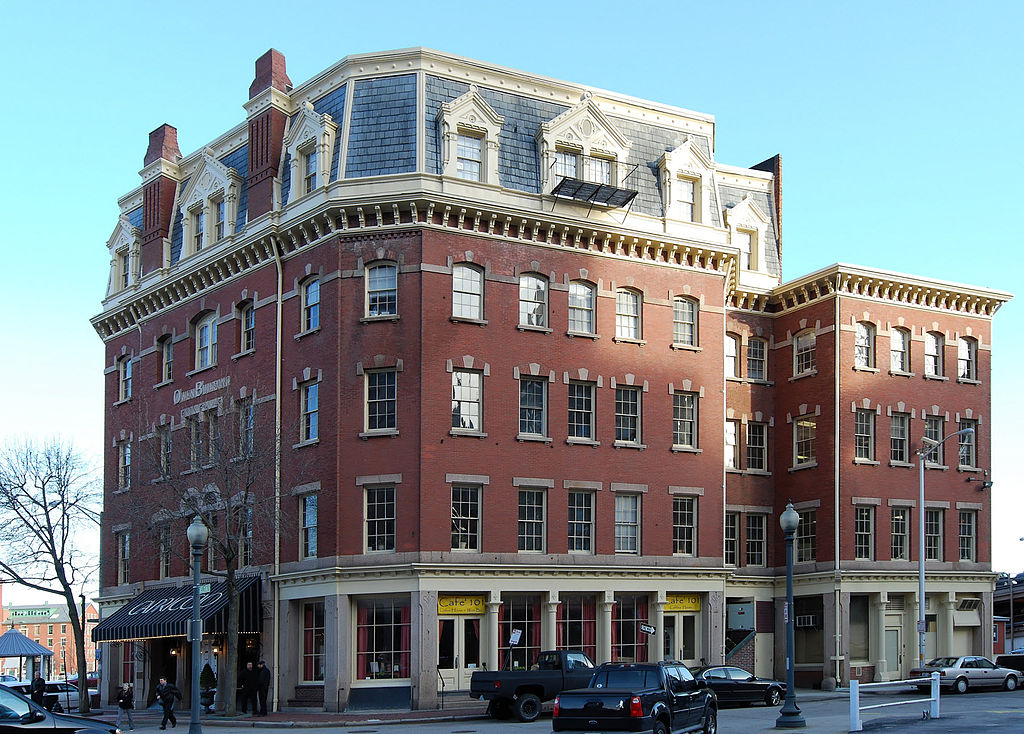 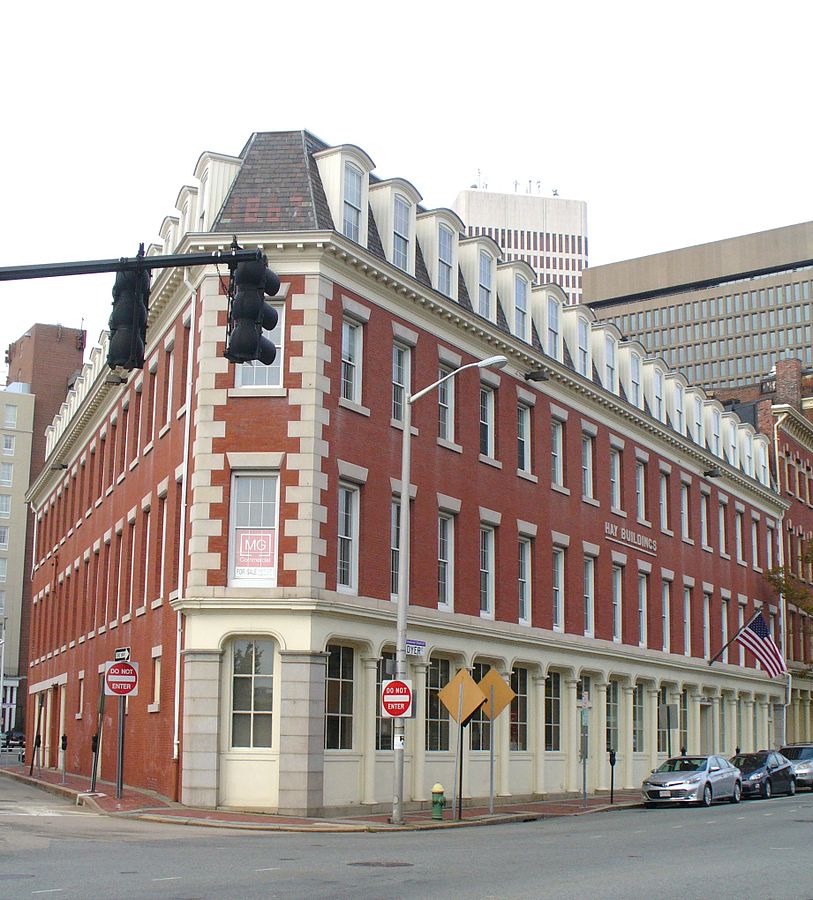 1944 Picture of the two buildings seemingly linked together 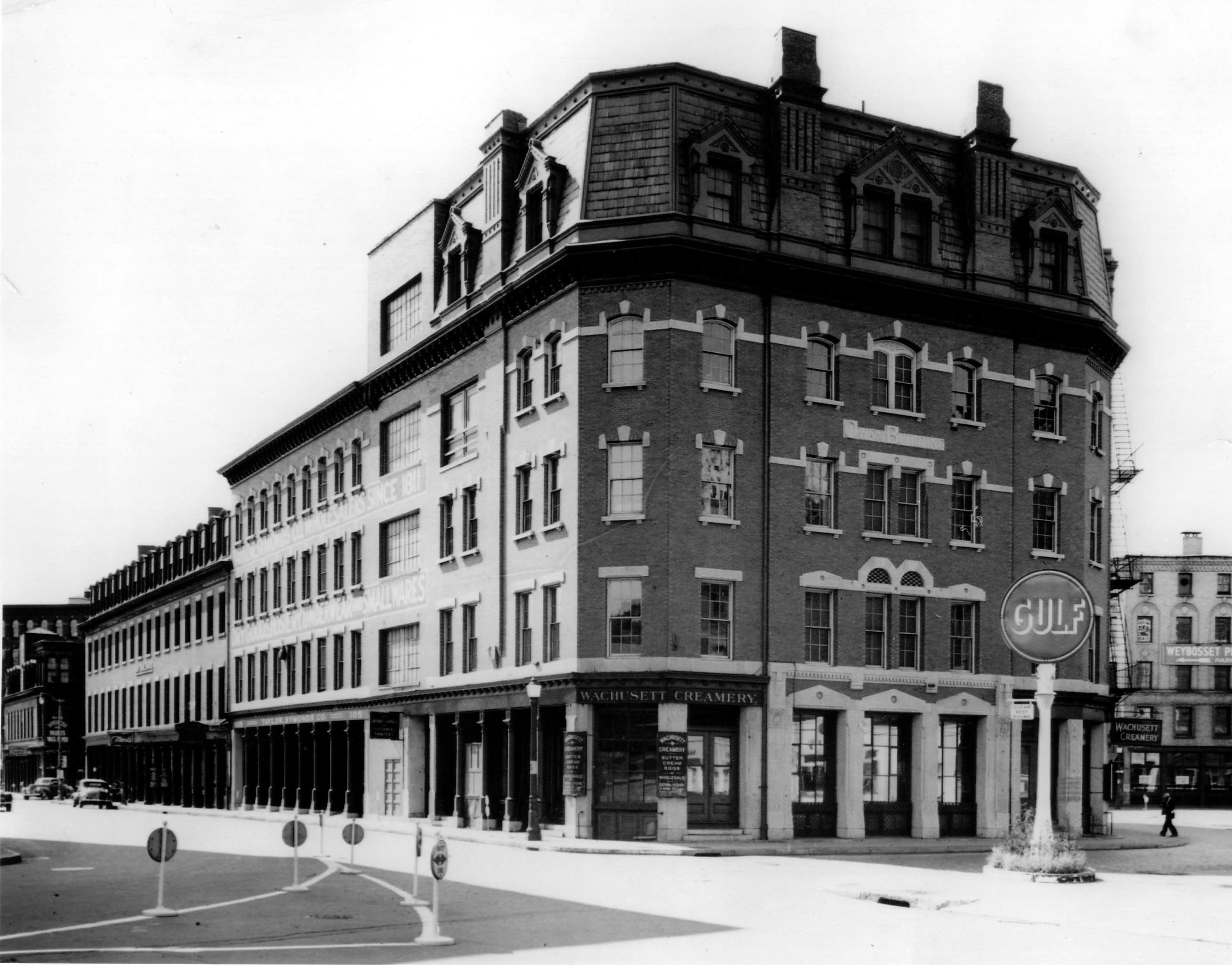 Modern picture showing the Hay and Owens buildings connected by an adjoining wall. 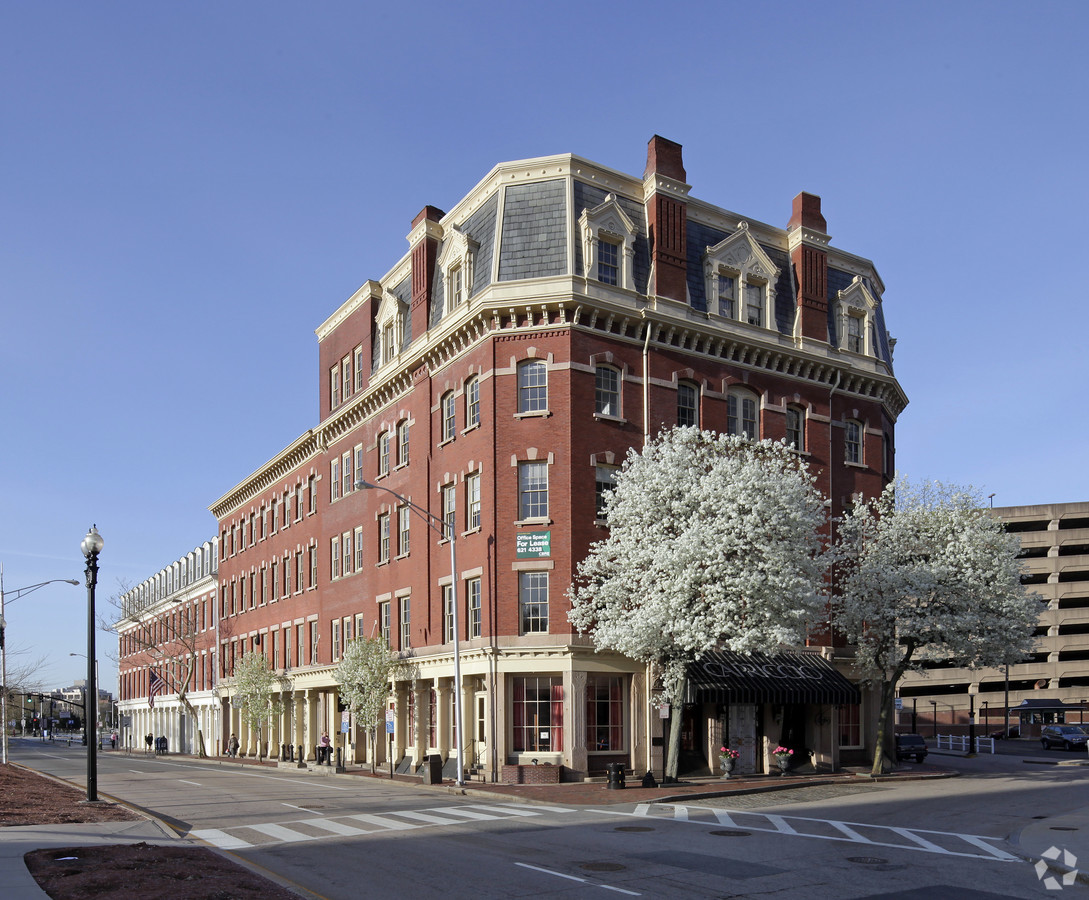 The Hay and Owen buildings are separated by a firewall and enjoy no interconnecting passageways. Nevertheless, the two structures were constructed at the same time and serve as a reminder of the era when commercial structures dominated the district. The two structures are the only surviving postbellum structures from what was a bustling and crowded harbor-side district.
The erection of Market House in 1773 began a movement in Providence that turned the area near the Hay and Owens buildings into the home of market vendors comprised of merchants, warehouses, and docks catering to incoming steamships. Dry goods merchants occupied the Hay and Owen buildings' upper floors while retail stores occupied the lower floors.
New technologies and changing economies resulted in the consolidation of many businesses located in the area, as well as the move to different city locations, leaving many warehouses unoccupied. With a growing downtown region typical of many cities during the 20th century, old buildings were knocked down in favor of creating parking spaces or allowing for the construction of modern structures; leaving the Hay and Owens buildings as one of the last reminders of an era gone by.
George and Smith Owen born 1805 and 1809, respectively, builders of the Owen block, owned and operated a jewelry manufacturing firm. Although they never moved their jewelry business to the now-historic building, George’s sons -- George, Jr. and Charles D, born 1840 and 1841, respectively --  operated their "worsted yarns" production business in the building starting in 1878.
Hay Building builder, Alexander Duncan, was born in Scotland in 1805 and arrived in the United States in 1822 at seventeen years of age. Duncan benefited from his father's earlier trips to the U.S. in 1797 when he purchased large tracts of land, allowing Duncan to arrive already owning property. Duncan graduated from Yale in 1825 and became a U.S. citizen in 1827. He practiced law in New York where he met and married Sarah Butler, the daughter of Samuel Butler and the niece of Cyrus Butler, one of Providence's wealthiest and most influential businessmen, allowing him to achieve wealth and prominence in Providence quickly.  In addition to building the Hay Building, which was one of his last business ventures, Duncan was an active philanthropist, helped found and fund Butler Hospital, and served as a trustee of Brown University from 1843-1850.