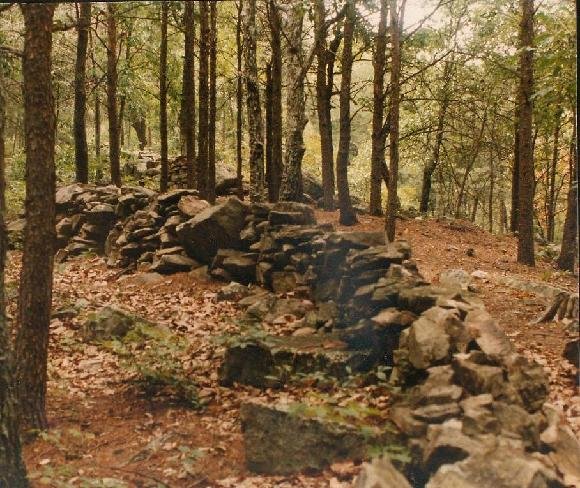 The marker that details the background of the battlefield site 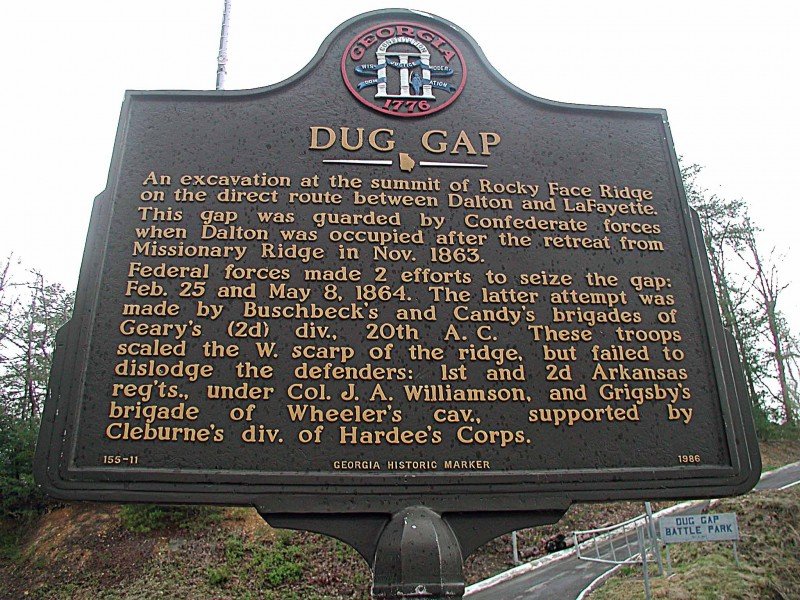 The park is the site of an unusual battle during the Civil War that saw outnumbered Confederates use boulders to thwart a Union offensive. Confederate troops led by Colonel J.A. Williamson built defenses and a massive wall in 1863 that afforded a smaller force protection from Union bullets and also became a weapon against advancing Union soldiers the following year. The Union had already secured Dalton and was advancing toward Lafayette.

Confederate troops from Arkansas would hold off Union forces at this location twice in 1864. The first attempt was in February of 1864 and the second attack came in May of 1864. The first attempt was quick and an easy victory for the Confederate soldiers who used the rock wall as a shield from the Union bullets. Union soldiers retreated but would return back again months later.

The second attempt saw Union troops under General Geary clash with Confederate troops led by General Williamson and Grisby. The Union might have prevailed, but Confederate reinforcements paired with superior position led the Union troops without cover from the fire along the mountainside. Confederate soldiers on top of the hill covered by the defensive rock formations. Confederates also used their boulders and wall as a weapon, pushing the large stones down the steep hill killing or injuring Union soldiers. The Union soldiers retreated and maneuvered away from the well-defended area.

A large portion of the rock formation has been largely preserved. Although it is much smaller than it was in the battle, the rock wall formation is available for hikers and maintained by the Civil War Round Table of Dalton.