Nestled in Virginia’s Southern Piedmont region, Fairy Stone State Park is Virginia’s largest state park. Constructed by the Civilian Conservation Corps (CCC) during the height of the Great Depression, the ghost town of Fayerdale was flooded during construction to create Fairy Stone Lake. Fairy Stone State Park opened on June 15, 1936. The park was one of the original six state parks in Virginia and several original structures remain in use today. The park covers 4,741 acres and offers hiking, boating, camping, swimming, hunting, and other forms of recreation. Fairy Stone State Park's most famous attraction is the fairy stones, or staurolite crystals, where visitors can search for and keep the crystals. 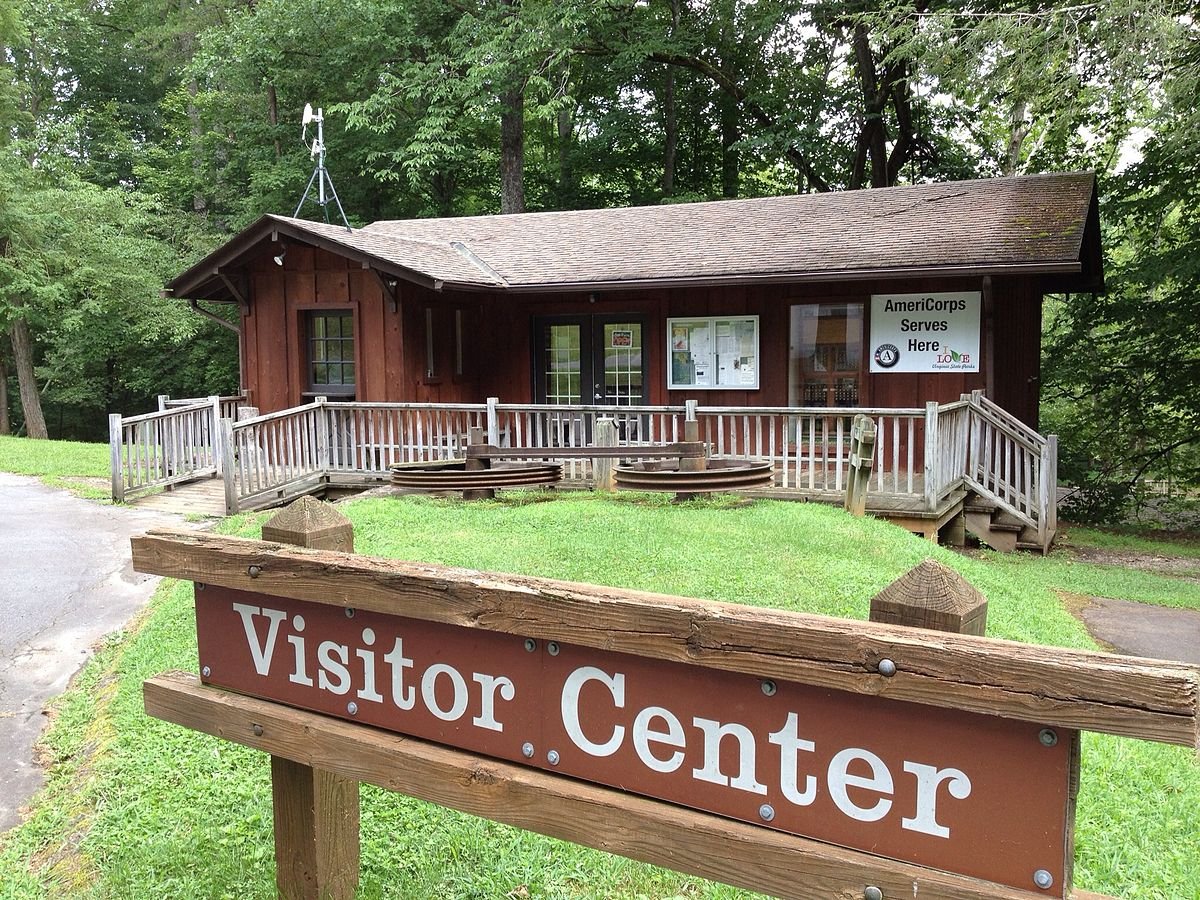 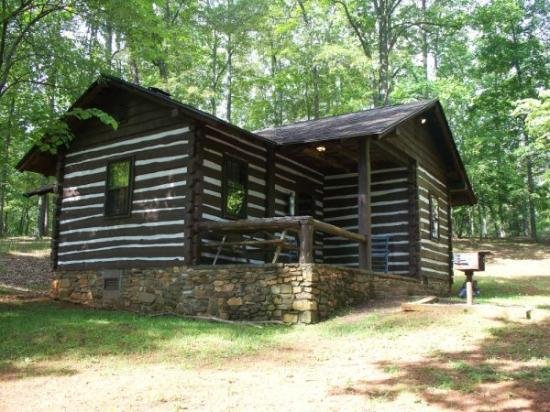 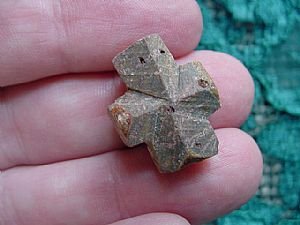 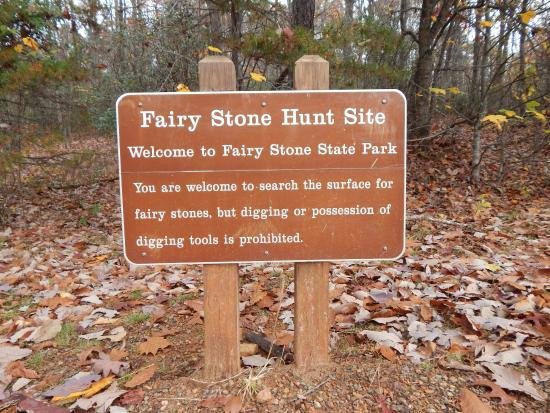 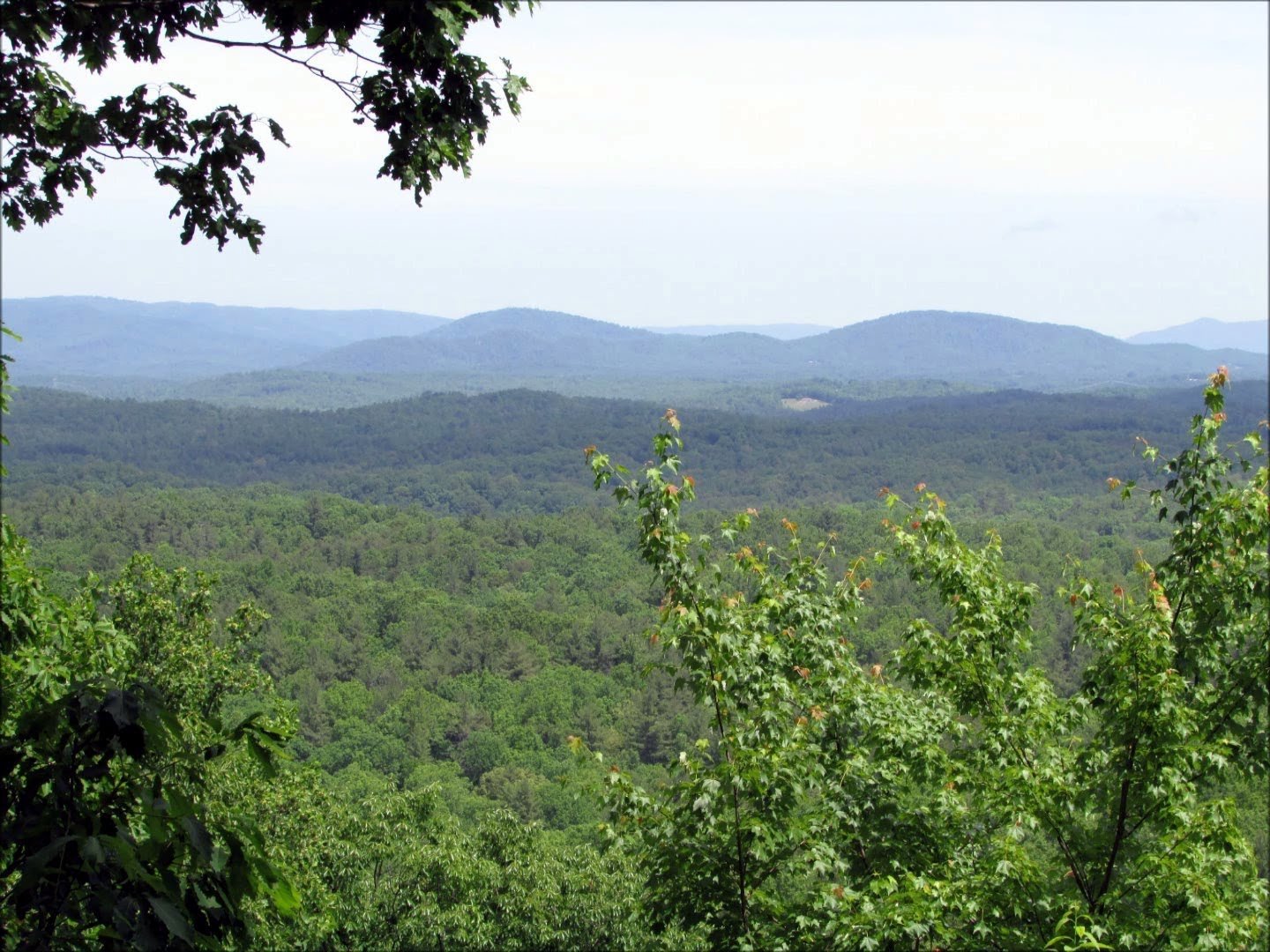 As part of President Franklin D. Roosevelt’s New Deal program during the Great Depression, funding and labor opportunities for public infrastructure became available to state governments. With guidance from the National Park Service, many states, including Virginia, took advantage of this opportunity and began construction on their own state parks. From the guidance of Bob Burson, the Virginia State Commission on Conservation and Development chose a site on Goblintown Creek in Henry County to represent the Southern Piedmont region for Virginia’s burgeoning state park system. The site on Goblintown Creek was an ideal location to construct a state park, for on the 4,840 acres of land were the former Union Furnace and Iron Works and the deserted village of Fayerdale. Dating back to the early-19thcentury, that tract of land was owned by Col. George Hairston who operated the iron works. During the Civil War, the Confederate Government relied on Iron Works and Union Furnace to produce iron for its war efforts. Local legend says that the iron used to armor the CSS Virginia (USS Merrimac) originated from the Iron Works and Union Furnace. In 1900, Frank and Alice Hill and Herbert and Mary Lafferty purchased the property and founded the Virginia Ore and Lumber Company. The village of Fayerdale soon sprang up around the iron works. However, a fire destroyed the company’s sawmill and lumber facility, which resulted in the abandonment of the village. Junius R. Fishburn, a former president of the Southwest Virginia Trust Co. and former owner of the Roanoke Times, purchased the entire property for $1 per acre in 1925.

In October 1933, Fishburn donated the entire 4,840-acre tract of land to the Virginia State Commission on Conservation and Development for the creation of a state park. Shortly thereafter, 600 hundred men in three CCC Companies arrived to begin work – Companies 1260, 1267, and 1279. The vast majority of these men originated from New York and New Jersey. Construction on the park took a great deal longer than the other five Virginia state parks in development. The two main reasons for the park’s delayed construction was the removal of two CCC Companies and the sheer size of the park. There were simply too few men to adequately complete the park in time for the official opening of the parks on June 15, 1936. By opening day, the CCC managed to complete the 146-acre lake, nine cabins, picnic shelters, and the bridle trail system. Because no other facilities were completed, the park then closed on August 1 to allow the CCC to continue construction. The majority of the park was completed by 1938, but the campground took until after 1940 to finish. The remaining buildings of Fayerdale were maintained for future park employees, though demolished in the late 1930s.

In a similar fashion to the naming of Hungry Mother State Park, Fairy Stone relied on local lore for its title. The geology of the park is very unique; for in addition to containing iron ore, there can be found cross-shaped staurolite crystals. Staurolite is a form of schist that were folded during the formation of the Appalachian Mountains. The folded schist became harder than the surrounding schist, allowing it to survive millions of years of erosion. Staurolite is found in a few other places around the globe, such as Georgia and Switzerland, but the mineral is most abundant in Virginia's Southern Piedmont. These staurolite crystals are known in Virginia as Fairy Stones. Legend says that when the fairies living in the area heard about the death of Christ, the tears they wept fell onto stones which turned into cross-shaped crystals. There is some debate as to whether or not the Virginia State Commission on Conservation and Development created the story as a means to entice visitation, but the name and its associated story helped bring over 6,000 visitors to the park in the first month and a half that Fairy Stone State Park was opened.

Today, Fairy Stone State Park remains the largest of the Virginia State Parks at 4,741 acres. Located just minutes from the Blue Ridge Parkway, the park offers ample outdoor space and recreation opportunities. Fairy Stone provides visitors with lodging options in the form of cabins, yurts, tent sites, and RV hook-ups. Several of the park’s CCC-era structures remain and are still in use today. Visitors have access to numerous trails including those on Little Mountain and Stuart’s Knob, horseback riding, swimming, boating, fishing, camping, and hunting. The park’s major and obvious attraction is its fairy stones, and it even has a dedicated crystal searching-area near the park entrance.