Greensville County Courthouse was constructed in 1834. The courthouse was remodeled between 1907 and 1910 to look more similar to the Beaux-Arts form of court buildings in Richmond and other leading cities of the South. The town's history dates back to 1796 with the establishment of Hicksford, a small community on the Meherrin River, Two years later the village of Belfield was established on the other side of the river and the two communities merged to become Emporia in the late 19th century.

The courthouse was remodeled in the early 20th century to create an appearance similar to antebellum Southern courthouses. 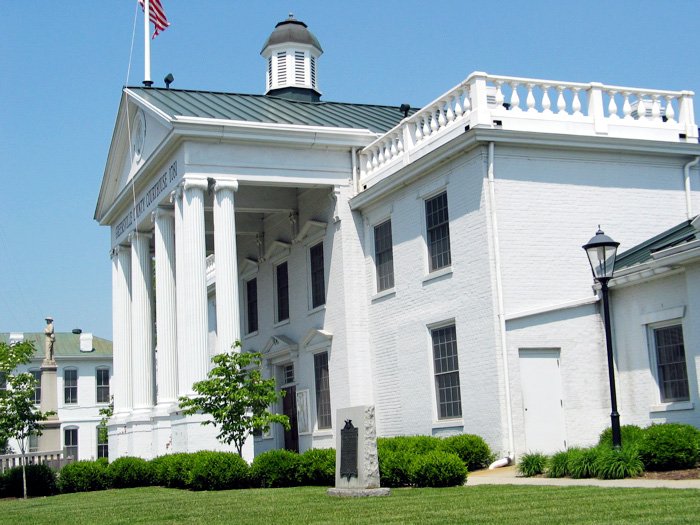 The courthouse prior to the remodel 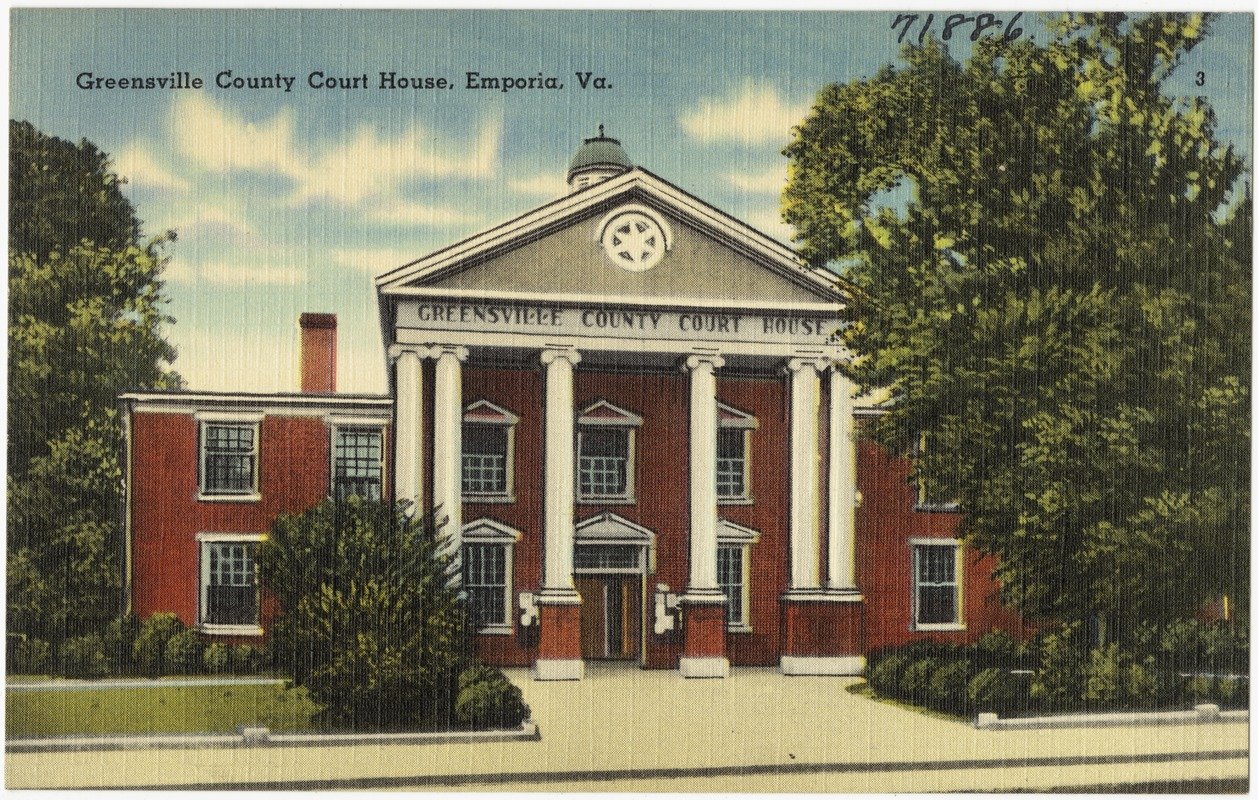 The courthouse includes a cannon honoring local World War I veterans as well as a Confederate monument that reflects's the region's embrace of the romantic myth of the Old South in the early 1900s. This orientation is reflected by the official history of the community on the Greensville County website and the video linked below. Neither of these histories include anything about slavery and both refer to the Civil War as "the War Between the Sates," a moniker adopted by those who sought to vindicate the Southern cause in the years that followed the war.

A cherry tree on the courthouse lawn was the site of a double lynching in 1900. After being arrested for a variety of crimes, African American Walter Cotton and Irish immigrant Brandt O'Grady allegedly escaped together and committed more crimes, including the murder of a local businessman. The two men were captured and placed in Emporia's jail until a mob composed of both white and black residents broke into the jail and lynched Walter Cotton. The black participants felt betrayed by the mob's apparent satisfaction with only executing Cotton and demanded that the same vigilante justice should befall O'Grady. The mob later returned to the jail and captured O'Grady where he was lynched next to Cotton.

This instance of vigilante justice being committed by white and black residents together is unique in the history of the Old South as African Americans were frequently the victim of white mobs with little or no evidence that they had committed any crime beyond the suspicion of white residents and the complicity of local police. Cotton admitted to committing several violent crimes and also acknowledged that he had shot and killed a justice of the peace and a constable when they had cornered him with O'Grady. The appearance of African Americans as members and participants in the mob is especially unique and there are only a handful of instances where black men were lynched by or with the assistance of members of their own race.

While police often attempted to thwart mobs from storming jails and lynching suspected criminals, this episode is unique for the assistance of the governor in trying to protect the prisoners. In response to a request by local law enforcement who believed that they would be unable to prevent mob justice, the governor sent sixty troops to guard the prisoners. The troops remained for only a short time and were withdrawn despite many warnings by local police that they would not be able to protect the prisoners without assistance. When Governor Tyler called for the troops to leave Emporia, a mob immediately stormed the jail and executed the two prisoners.

The governor claimed that the results of his action would be the responsibility of the Greensville County sheriff for failing to protect his prisoners, but from the perspective of local law enforcement, the governor alone had the resources to prevent the lynching. According to contemporary African American John Mitchell, Governor Tyler's claim that he was blameless in the killing of Cotton and O'Grady were similar to Pontius Pilate's attempt to wash his hands after leaving the fate of Jesus to others.