Located in Golden, Colorado, this shrine is for Saint Frances Xavier Cabrini, also known as Mother Cabrini. It is composed of a stone house, a statue titled "The Sacred Heart of Jesus," and a convent. Mother Cabrini and the Sisters of the Sacred Heart actively worked to establish a Catholic presence in the area, specifically for orphaned girls. The site became so well known that it became a popular pilgrimage site and then a shrine. It also features a 22 foot high statue of Jesus on the highest point.

A monument to Mother Cabrini. 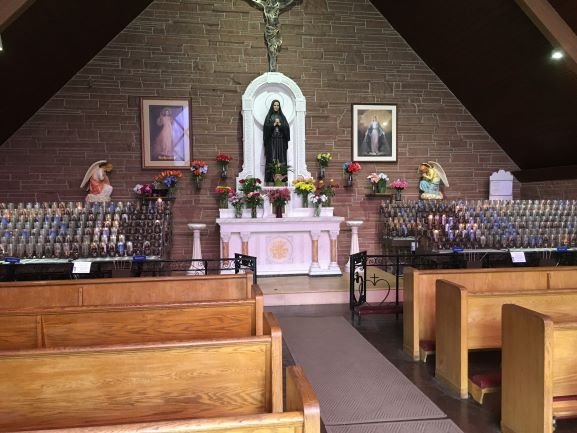 This view of the mountainside at the shrine during the summer. 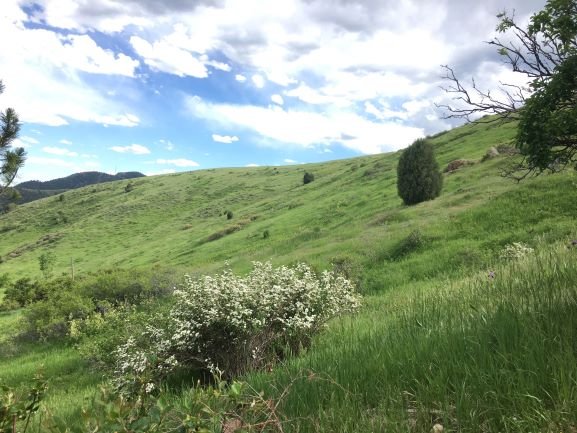 Along the stairs to the top of the mountain, there are many crosses depicting the life of Jesus Christ. 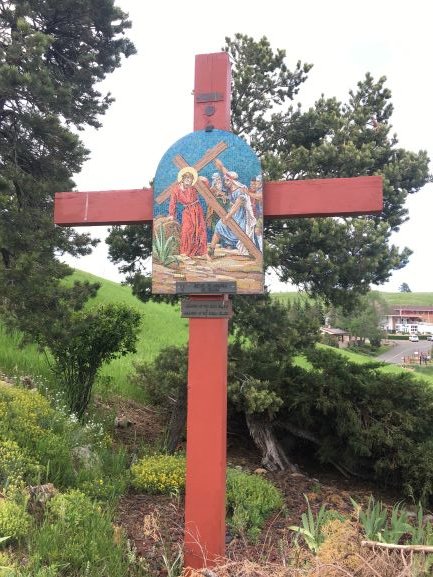 This statue of Jesus Christ is 22 feet tall. 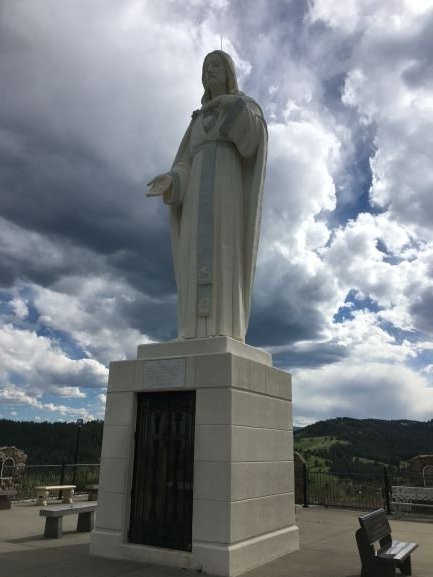 Standing next to the statue of Jesus, one can see much of the site that Mother Cabrini founded. 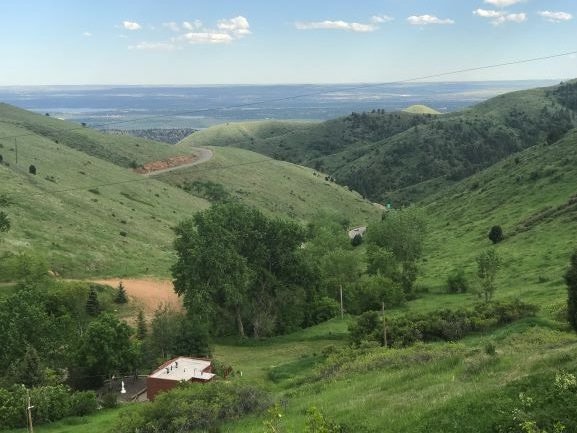 Francesca Cabrini was born July 15, 1850 in what was then part of the Austrian Empire. At 13, she began studying at Daughters of the Sacred Heart. In 1880, in Italy, Mother Frances Cabrini founded the Missionary Sisters of the Sacred Heart of Jesus. She went into ministry and originally wanted to go to China. Instead, the pope suggested that she go to the United States to help Italian immigrants arriving in poverty. In 1902, Mother Frances Cabrini bought the property in Golden, Colorado. Located on the side of Lookout Mountain, it already contained two barns and a spring house but lacked a permanent water source. Residents and visitors of the property hauled water up from the stream located in Mount Vernon Canyon. In 1910, the property became a summer camp called “Queen of Heaven Orphanage.” This summer camp was designed for the orphan girls to enjoy the outdoors and do farm work. Queen of Heaven Orphanage was maintained and run by Sisters of the Sacred Heart.

In 1912, an elderly Mother Cabrini and several young nuns took a walk to the top of the highest mountain onsite. At the top, the nuns arranged white stones in the shape of a cross and heart. Mother Cabrini then dedicated the mountain to the Sacred Heart of Jesus and named it "Mount of the Sacred Heart." The rocks are still there today.

A lack of water plagued the camp. In 1912, Mother Cabrini discovered a natural spring on the property that supplied a permanent source of water for the site. Construction of The Stone House began in 1912 and was completed in 1914. This house served as a dormitory for the summer camp. In 1929, a grotto was built over the spring that resembles the Grotto of Lourdes. In 1959, the grotto was rebuilt with sandstone.

Mother Frances Cabrini died in 1917 at the age of 67. In 1938, the property became a pilgrimage site for Catholics. In 1946, Mother Cabrini was canonized, and the site became officially recognized as a shrine. In 1954, a statue of Jesus Christ was erected at the highest point onsite. The statue was designed by Maurice Loriaux, stands 22 feet high, and was placed on an 11 foot base. A 373 step staircase leads up to the statue and is the same path that Mother Cabrini took to the top.

In 1967, the Queen of Heaven Orphanage closed. The Stone House was used as a convent for nuns until 1970 when a permanent convent was finished. Today, the Shrine of Mother Cabrini is still run by Sisters of the Sacred Heart. The shrine is used as a pilgrimage site, as a conference center, and as housing for Sisters of the Sacred Heart. The shrine also has overnight accommodations for visitors.