The Medford Historical Society and Museum offers exhibits that interpret the history of this Massachusetts community along with archival records such as city directories and school records, maps, historic photographs and postcards, artwork, textiles, and military artifacts. The organization also preserves and shares genealogical materials by operating a local history and genealogy reference library. Two of its most significant collections are the Samuel Crocker Lawrence Civil War Photograph collection of albumen prints, and the Medford Slave Letters collection, a correspondence dating to 1759-65 between Medford resident Timothy Fitch and his employee Captain Peter Gwinn regarding the trafficking and sale of African slaves in the triangular Atlantic slave trade. 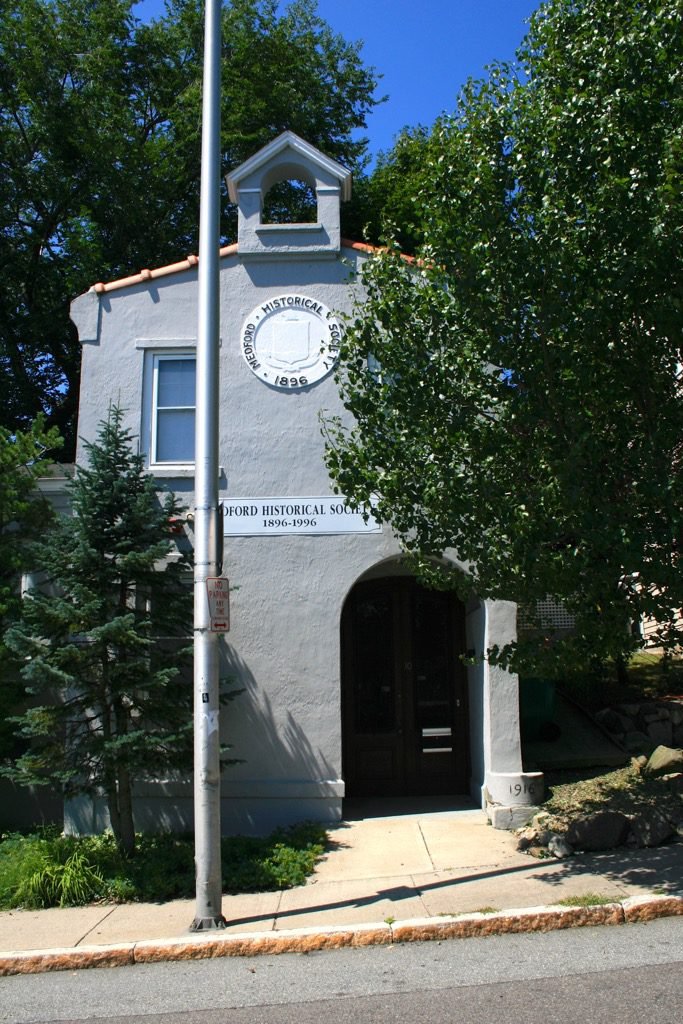 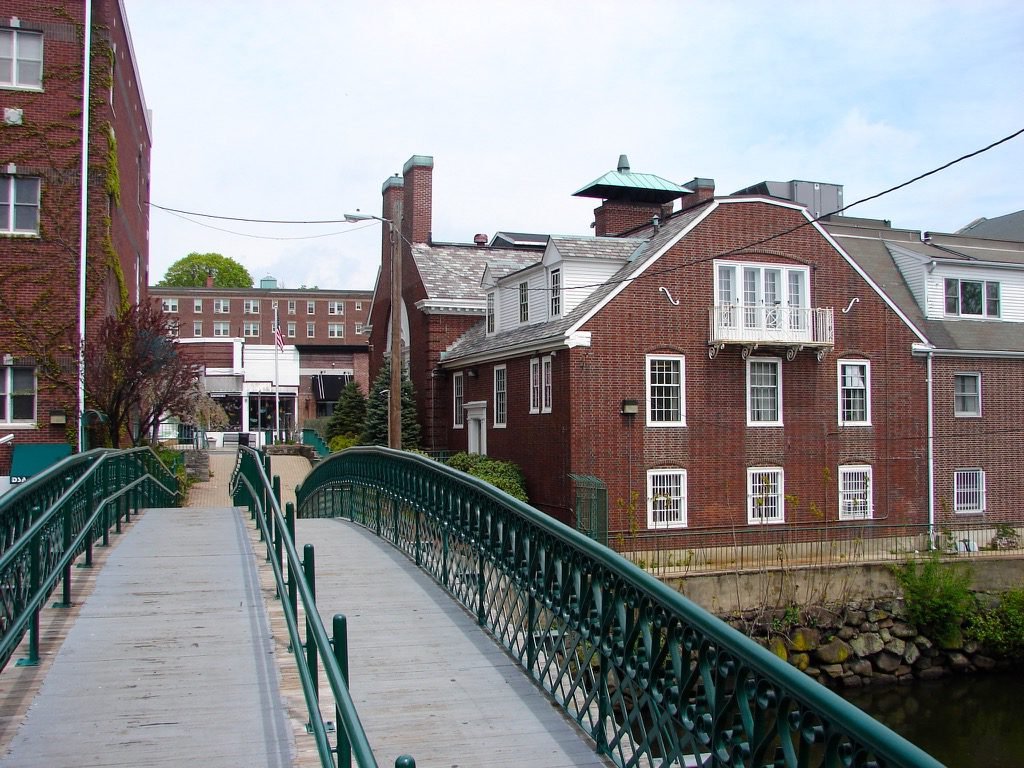 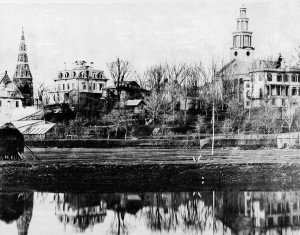 A Brief History of Medford
The land where Medford now lies belonged, before colonization, to a group of Pawtucket people led by Nanepashemit, whose son Wonohaquaham was called Sagamore John by the colonists. When Sagamore John became chief, he commanded about thirty to forty men and their families. He sometimes lodged near Mystic Pond and sometimes on Walnut Tree Hill (present-day Tufts College Hill). Unfortunately, in 1633, as with many other Native Americans who came into contact with Europeans, Sagamore John and most of his people died of smallpox, and by 1644 the remaining Massachusetts Native Americans had joined the English communities and accepted British rule.
Matthew Cradock, English merchant, Puritan, and Governor of the Massachusetts Bay Company, sent men to stake out a plantation near the ford on the Mystic River in 1630; in the same year, John Winthrop arrived in New England and replaced Cradock (who remained in England) as Governor. A group of the merchant's employees settled on the land, which became known as Medford—not a town, but the private plantation of Cradock. Winthrop, too, had a plantation on the Mystic, called Ten Hills, which later became part of the town. Medford residents farmed, fished, built ships, kept cattle and pigs, and traded with Native Americans for furs and skins, using the river far more than the woodland paths that served as roads. Where today's Medford Square stands, Cradock's employees first lived in a house known as Meadford or Mistick House, working in the Great Barn, which stood until 1722. Huts and log-houses were constructed in the 1630s-40s, along with a few brick houses, three of which remain standing: the Peter Tufts House, the Johnathan Wade House, and part of the Royall House. The first ship constructed by the residents of Ten Hills and Medford was The Blessing of the Bay (1631). In 1641, the success of the Puritan Revolution in England (see link below) caused immigration to the Massachusetts Bay Colony to decline sharply, and Medford's population and economy declined with it. The heirs of Matthew Craddock sold the plantation to Edward Collins, deacon of the First Church, in 1652. As Collins began selling land to individuals in the community later in the decade, an informal community government took shape, meeting in private homes and electing the first Board of Selectmen in 1674. Taxes, collected by the town constable, could be paid in crops, lumber, furs, or other "country pay." Medford citizens were also required to send "one peck of corn annually, for the support of poor students," at Harvard University (2).

Puritan laws were strict, and adherents of other denominations, such as Quakers, were driven out of Medford. Collins was the first slave owner in the town, but others followed. Both American Indians and African Americans were enslaved within the Massachusetts Bay Colony, and, as in the South, slaves were commonly whipped for even small transgressions. Not until 1783 was slavery outlawed in Massachusetts.

The first bridge across the Mystic had been constructed in 1637 at the site of the present-day Cradock Bridge; this toll bridge remained the only crossing aside from fords and ferries until 1787, boosting Medford's economy as Boston and other New England cities grew. It also brought the Flying Stage-Coach line from Portsmouth, New Hampshire to Boston in 1761 and several more over the next two decades. Taverns were opened to serve travelers, the oldest being Daniel Woodward's (1690). Blanchard's Tavern, popular for "sleighing and dancing parties," was the terminal of the Medford and Boston Stage Coach Line (2). As Medford grew, services were added. By 1785, the Medford Amicable Fire Society was formed, and three years later the first almshouse was opened on Canal Street. President John Adams appointed the first Medford postmaster, Samuel Buel, around 1800. During the American Revolution, Medford citizens resisted the British first by refusing to pay taxes or sell supplies to England, hiding stores of saltpeter, and forming a company of 59 Minutemen led by Isaac Hall. On April 18, 1775, Paul Revere rode over the Medford Bridge and warned Hall that the British were approaching on their way to Lexington and Concord. The Medford Company joined the Reading Company for the battle at Lexington, then Bunker Hill, Ticonderoga, Morristown, Stillwater, and Valley Forge. A second company formed to protect Medford itself. A field hospital was set up on the south end of the bridge, and entrenchments built on Winter Hill, where Winthrop's home had once stood. Refugees from Charlestown and Boston were sheltered in Medford. Sarah Fulton nursed soldiers at the field hospital and acted as courier between troops in Boston and Medford. Only two Medford citizens left to join the British: Colonel Isaac Royall and brick-maker Joseph Thompson.

With the opening of the Middlesex Canal at the beginning of the nineteenth century, Medford became an important ship-building town. Other industries with long histories in the town expanded, as well, namely brick-making and the distilling of rum. The 1830s brought the first railroad, the Boston and Lowell Railway. Medford officially became a city and elected its first mayor, Samuel Crocker Lawrence (a Civil War General for the Union), in 1892. Four years later, in 1896, the Medford Historical Society was formed.