Travel to the place where the last Indian battle in Kansas was fought. Punished Woman's Fork is approximately one mile South of Lake Scott State Park along Highway 95. A monument overlooks the cave, canyon, and bluffs where the Northern Cheyenne hid, waiting to ambush the United States Cavalry. In the battle that ensued, Commanding officer Lieutenant Colonel William H. Lewis was mortally wounded. He became the last officer killed in military action in the state of Kansas. After the battle, the Northern Cheyenne fled during the night. This area has been designated a State and National Historic Site. 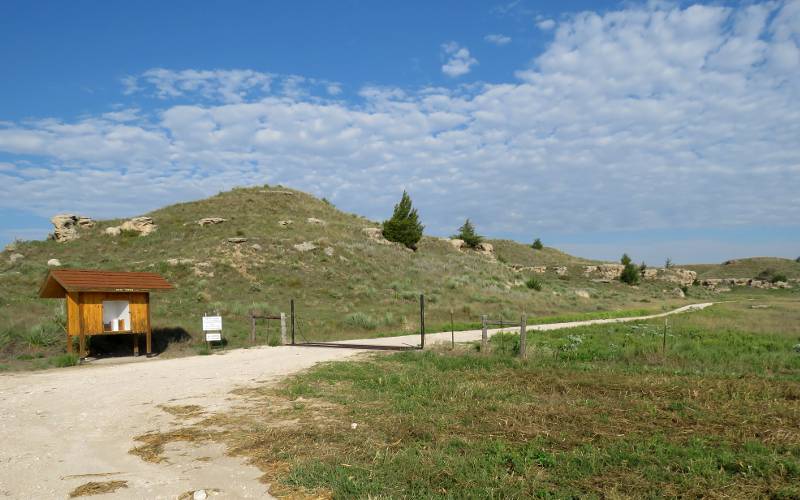 Monument at top of valley 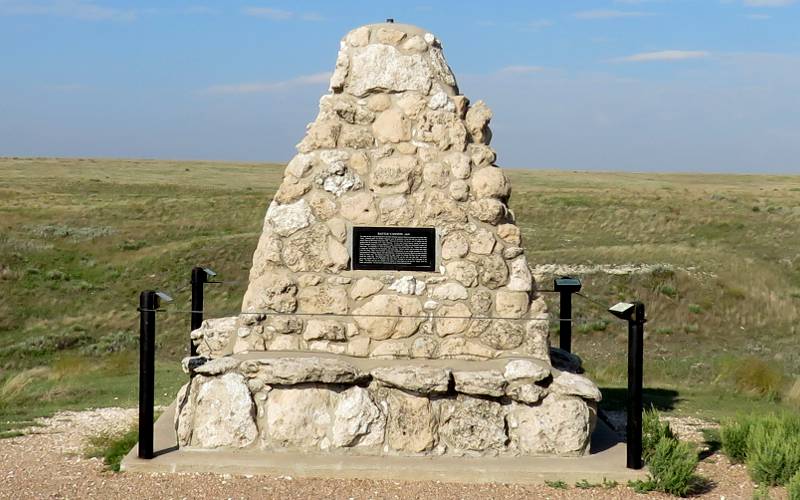 View of canyon off the fork called Punished Woman's Fork 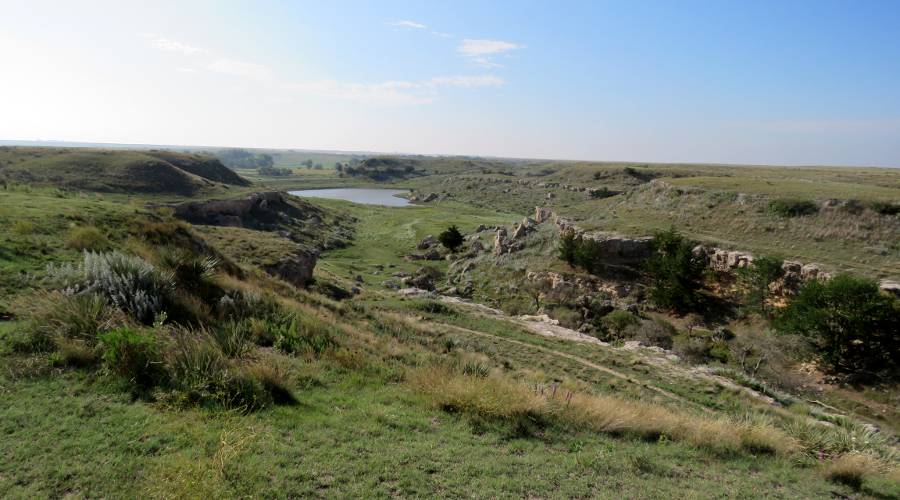 Cave where women, children, and elderly Cheyenne were hidden during battle. 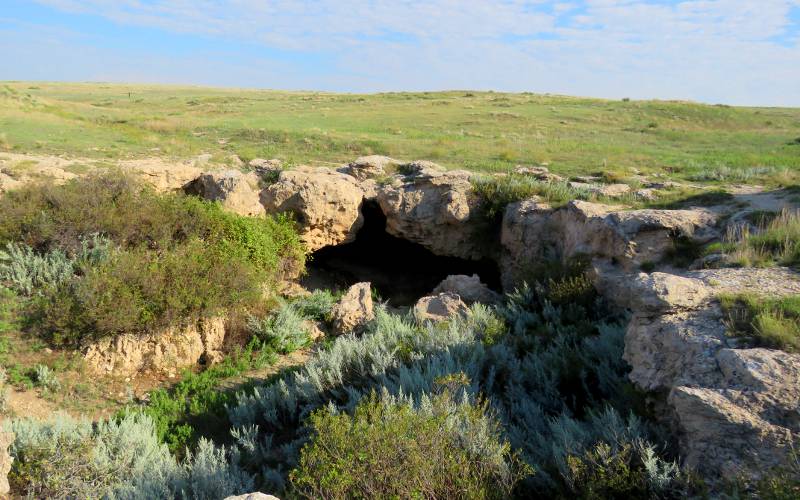 One of 5 rifle pits dug by Cheyenne women and children in anticipation of the battle. All are still visible. 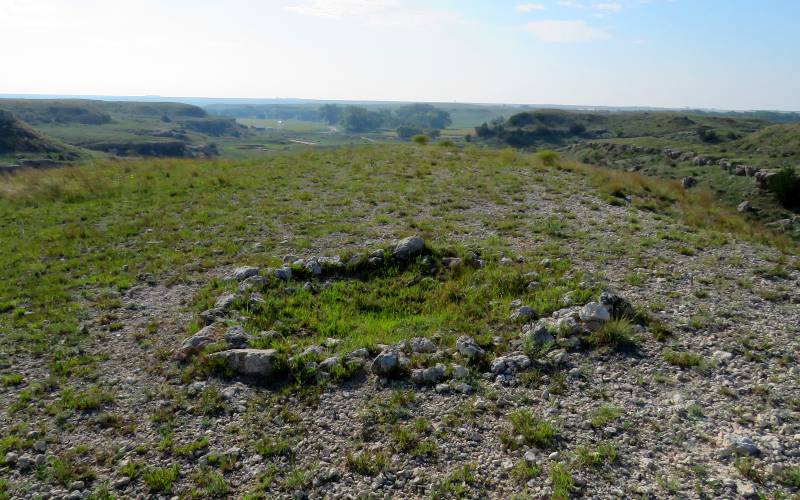 The Northern Cheyenne, under the leadership of Chief Dull Knife and Little Wolf, tried to return to their former home in the north. There were ninety two warriors, one hundred twenty women, and one hundred forty one children who had escaped from the reservation at Ft. Reno, Oklahoma.

They were at this location on September 27, 1878, when Lt. Colonel William H. Lewis, the commander of Fort Dodge, was dispatched to capture and return them to Oklahoma. The women and children were hidden during the battle in a cave. In the battle that ensued, Lt. Col. William H. Lewis, (West Point graduate and instructor) was mortally wounded and died while in route, for medical help, to Fort Wallace. He was the last officer killed in military action within the state of Kansas. The Cheyenne escaped by night, crossing the Smoky Hill River and fleeing to Nebraska.

This site represents the last encounter in the State of Kansas between the Native Americans and the United States troops. A historical monument overlooks the cave, two canyons, and bluffs where the battle took place.

Conditions have changed somewhat since the battle itself. The creek no longer flows as it did in 1878, but one can still sense the historic drama that took place and can appreciate the desperate situation. Today, the battle site remains pristine. This area was listed in the National Register of Historic Places in 2007.