Located on the campus of the Indiana University of Pennsylvania (IUP), Breezedale served as the private residence for two prominent Indiana families, as a dormitory and academic building for the university and is currently home to the IUP Alumni Association and the IUP Office of Alumni and Friends. Constructed in the late 1860s by the Sutton family, it passed to the Elkin family in 1899 and then to the state in 1947. The large Victorian-Italianate structure went through a major restoration in the 1980s and its first floor is available for tours, alumni events, dinner parties and other events. Breezedale has been on the National Register of Historic Places since 1979.

Breezedale has served as IUP's Alumni Center since the early 1990s. 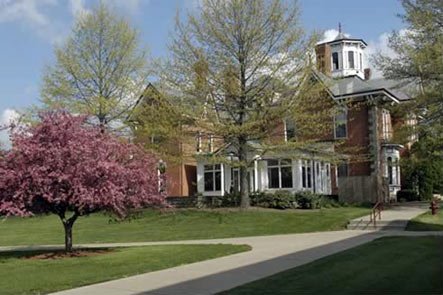 Breezedale's Turkish Room looks much as it did after it was remodeled by the Elkin family in the early 20th century. 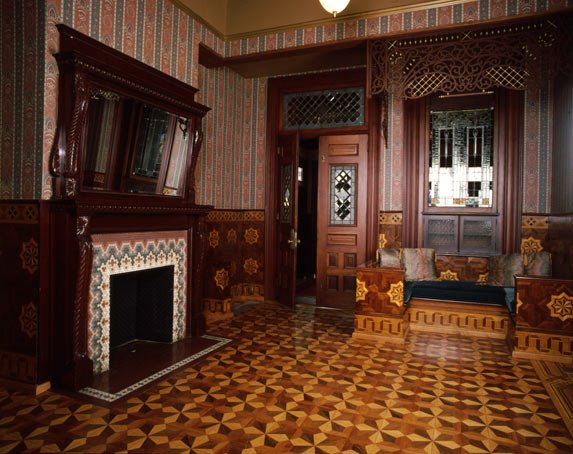 Breezedale's library/solarium was added by the Elkins shortly after purchasing the home in 1899. 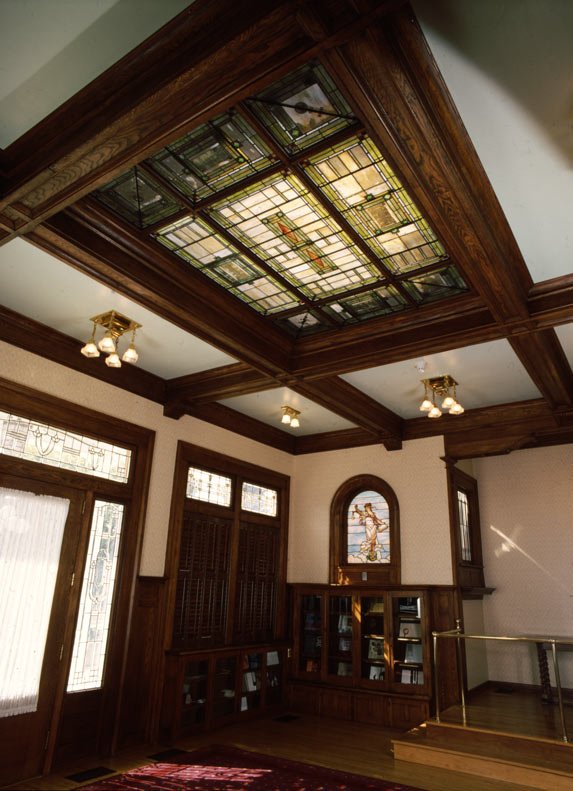 Breezedale as it looked while owned by the Sutton family. 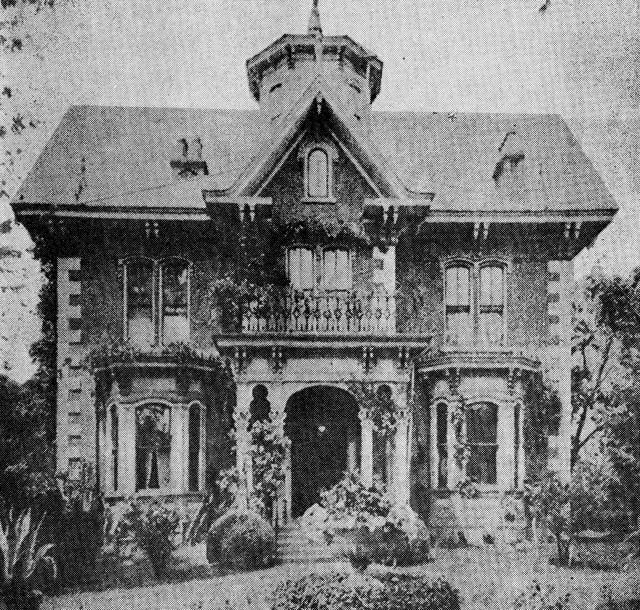 These two alumni met at IUP in 1951 and pose here in Breezedale's foyer. 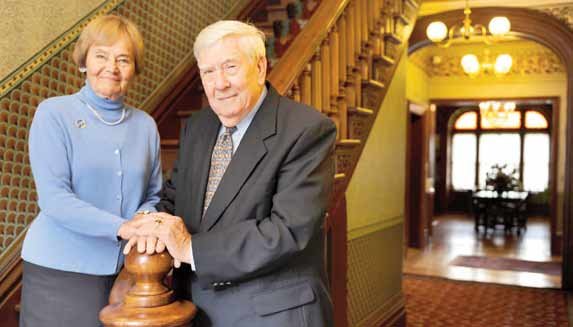 The land that would later be home to Breezedale was granted to James Brison in 1789.  The 365-acre tree plantation was gradually divided and sold off over the years and a 4.5-acre section was sold to businessman and financier, James Sutton, in 1868 for $5,000.  Sutton, who assisted in the founding of the Indiana Paper Mill Company, moved the existing 2-story, wood-framed house and began construction on what would later become Breezedale.  The large brick home was designed with a combination of Victorian and Italianate styles and sat among the Sutton’s orchard and gardens.

However, Mr. Sutton was only able to enjoy his home for a short time as he passed in 1870.  His wife, Sarah, who played a prominent role in the home’s design, continued to improve upon and decorate the house, which was home to her and the Sutton’s eight children, until her death in 1899.  She traveled extensively and several European pieces she purchased for the home are there to this day, to include an Italian marble statue and a portrait of herself which was painted in Germany.

Upon Sarah’s death in 1899, the house was sold the John and Adda Elkin for the princely sum of $16,000.  By this time, the Indiana Normal School had been up and running for almost 25 years and John Elkin was one of its better-known alumni.  Elkin went on to law school, was elected to the Pennsylvania state legislature and became the state’s Attorney General in 1899.  He also served on the State’s Supreme Court from 1904 until his death in 1915.  Aside from naming their new estate Breezedale, the Elkins transformed its interior into an Edwardian classic.  They added a law library/solarium, large verandas, and a Turkish Room (male smoking room).  They also refurbished the dining room, adding a parquet floor, oak wainscoting, and an oak-beam ceiling.  John Elkin’s wife, Adda, resided in the home until her death in 1934.

After Adda’s death, the home was largely abandoned until it was purchased by the state, for use by the Indiana State Teachers College (the former Normal School) in 1947.  The college removed the large verandas, added a small front porch and used the home for both student housing and academic offices.  However, by the early 1970s, it was abandoned once again and talk of its demolition spurred people to action.  A committee was created to raise funds for its restoration and its exterior was improved with a new roof, gutters and down spouting, and brick repointing.  Unfortunately, their efforts were redirected to save Sutton Hall, the college’s founding building, and Breezedale languished once again.  Finally, in the 1980s, IUP initiated a capital fund to save Breezedale and its entire interior was restored to its original Victorian and Edwardian grandeur.  It is now one of the university’s architectural crown jewels, along with Sutton Hall, and should be for the foreseeable future.