The University of Missouri's School of Law dates back to an 1867 vote by the leaders of the college and the official opening of the law school five years later. While the school admitted a handful of women, including the first female graduate in 1899, the law school followed the policy of excluding African Americans until the landmark Supreme Court decision in Gaines v. Canada in 1938. At that time, the school was located in Tate Hall which had been completed in 1927. Tate Hall was named in honor of law school graduate Lee H. Tate and is now the home of the Department of English.

Lloyd Gaines arrived in Missouri in 1926 when his family moved from a plantation in Mississippi where they had worked as tenant farmers. 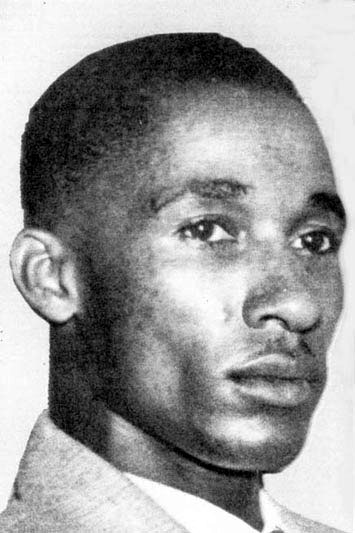 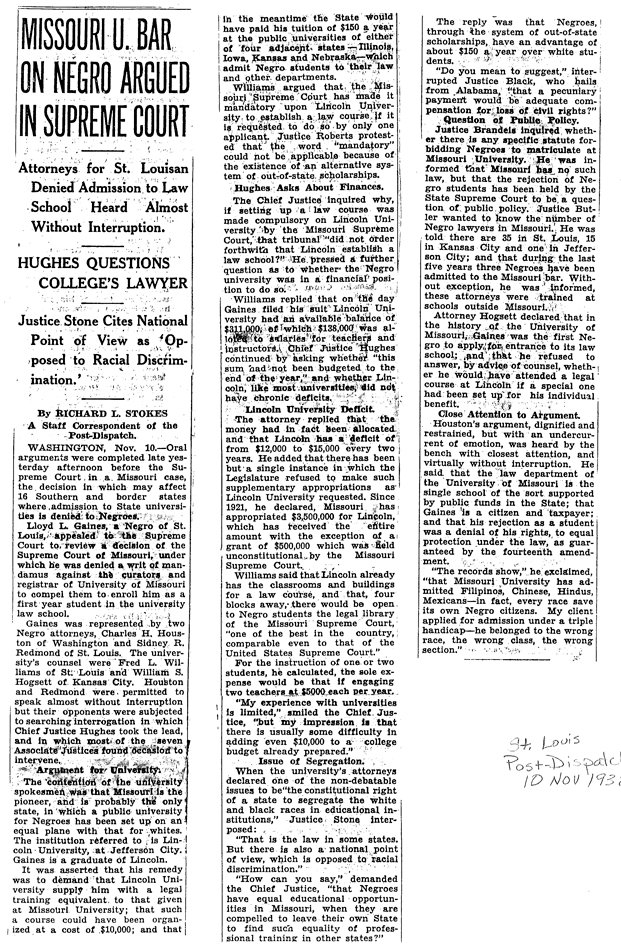 This photo of Tate Hall was taken in the 1980s. 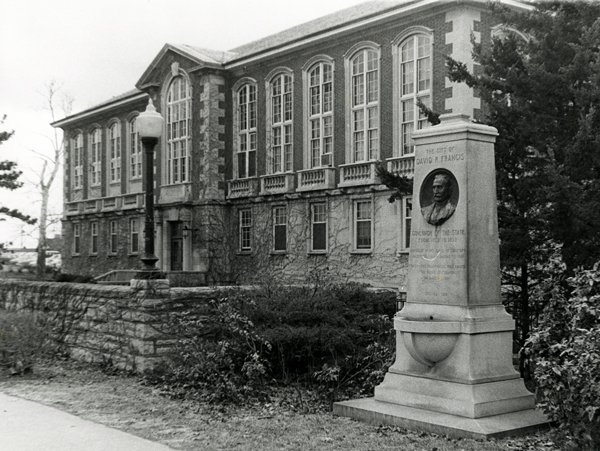 Gaines majored in history at Lincoln and hoped to attend law school, but no such school existed in Missouri and he did not wish to leave the state. With the help of attorneys provided by the NAACP, Gaines began a three-year court battle that culminated in a landmark decision that became the first in a series of victories for the NAACP's Legal Defense Fund which culminated in the 1954 decision outlawing segregation in public education. The 1938 decision was limited, but it set the precedent of applying the Equal Protection Clause of the 14th Amendment to challenge the legality of segregation.

In Missouri ex rel. Gaines v. Canada (1938) the United States Supreme Court held up the basic idea of "separate but equal" but also ruled against exclusion if and when there were no opportunities for black students to complete a degree program within a state. While the University of Missouri was allowed to reject his application because of his race, the Court ruled that the state of Missouri was bound to offer qualified black applicants the opportunity to complete a program at least one school within the state. The state of Missouri responded by offering to pay Gaine's tuition at a neighboring law school. Gaines declined and persisted, leading to the Court's decision that required the state of Missouri to either fund the creation of a black law school or admit black students to an in-state law school. Anything short of this, the Court argued in siding with Gaines and the NAACP, effectively barred African Americans from securing a legal education in the state of Missouri.