The Kappa Kappa Gamma Sorority House is a historic chapter house constructed in 1928. It was built in the English Revival style by Chicago architect Ralph F. Milman of Howard Shaw Associates, husband of sorority member and landscape architect Helen Brown Milman. The house represents the flourishing of the Greek Letter Society movement at the Urbana-Champaign campus of the University of Illinois in the 1920s. 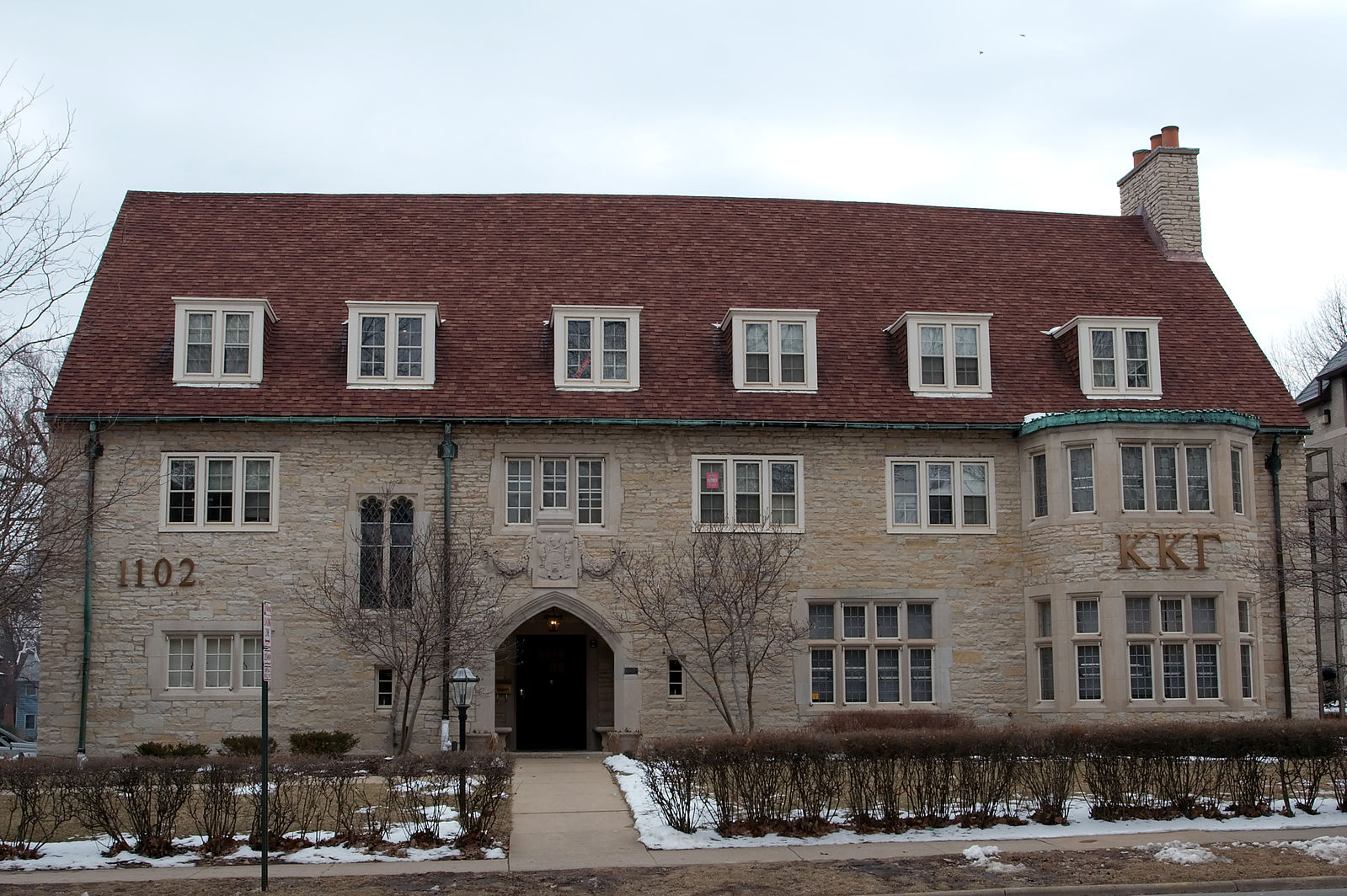 Chapter Houses:
The construction of chapter houses at the Urbana-Champaign campus was driven by housing shortages resulting from the antipathy of the German system towards providing room and board to students. Housing shortages for women were particularly acute: as of 1928, there was only one on-campus dormitory for female students.

The Kappa Kappa Gamma house is one of 27 chapter houses built during a second wave of construction between 1926 and 1930, following an initial wave of building from 1906 to 1917. It was designed by noted Chicago architect Ralph E. Milman, a member of the firm Howard Shaw Associates. Milman was the husband of sorority member Helen Milman, a landscape architect who collaborated with her husband on a number of projects. It is likely that Helen Milman designed the sunken garden at the southeast corner of the lot of the house.

The house was built by local contractor A.W. Stoolman, who also constructed many other buildings on or around the campus of the University of Illinois at Urbana-Champaign. These buildings include the Henry Adminstration Building, the Cermanic Building, Busey Hall (the first women's dormitory), and Smith Music Hall.

The Kappa Kappa Gamma house was designed in the English Revival style, a style based on sixteenth-century English domestic architecture. This style was one of the most popular building styles in the United States in the early twentieth century; there are five other chapter houses on campus built in this style. Notable features include a steeply pitched roof, a limestone exterior, a projecting bay window with leaded glass, and an arched entryway.