Built in 1889 by prominent Ebensburg banker, Ancenitus William Buck, as a private home, his former residence is now home to the Cambria County Historical Society. The Queen Anne style structure served as the home to the Buck family until Ancenitus’ daughter passed in 1923. In 1903 a large northern wing was added which is the only significant alteration to the structure’s exterior. Its interior has remained largely intact since its construction. The historical society currently uses the structure as its headquarters and operates a small, local history museum within it as well. It was added to the National Register of Historic Places in 1995.

The Queen Anne style Buck House has stood at this location since 1889. 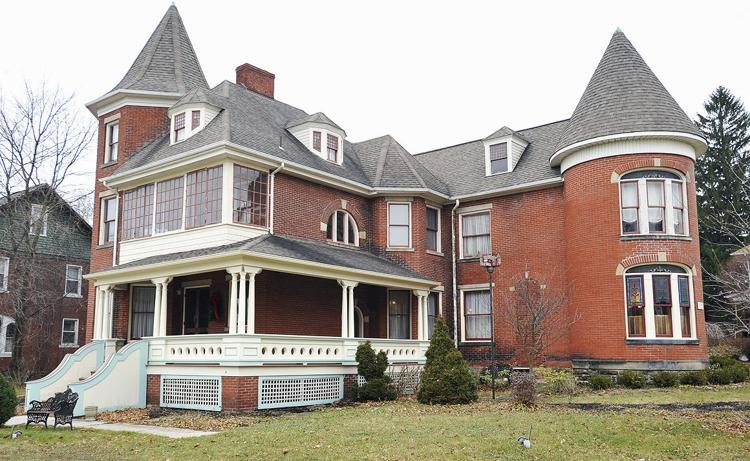 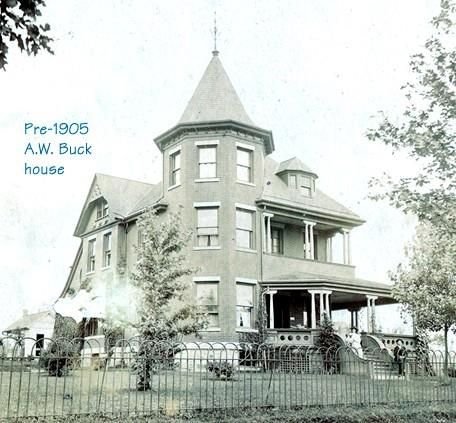 Historical society members enjoy a holiday get together in the Buck House. 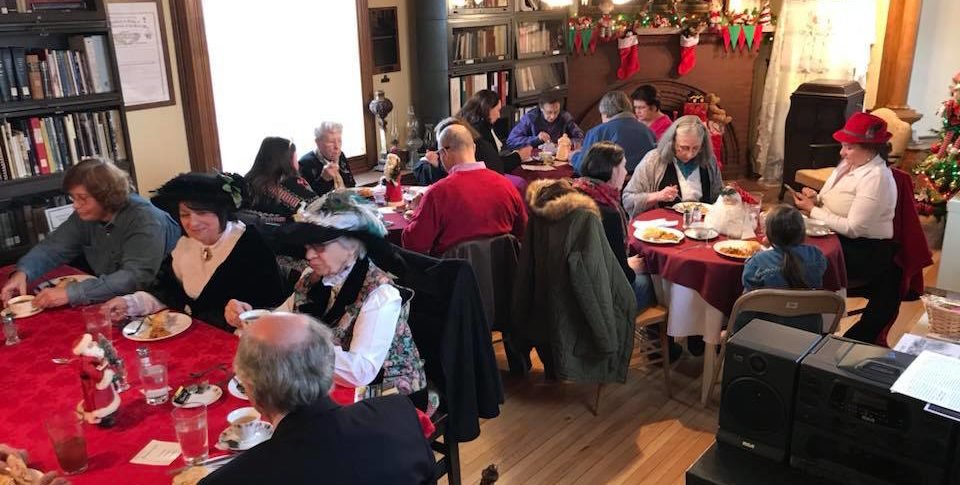 A.W. and Hattie Buck on the front porch of their impressive home. 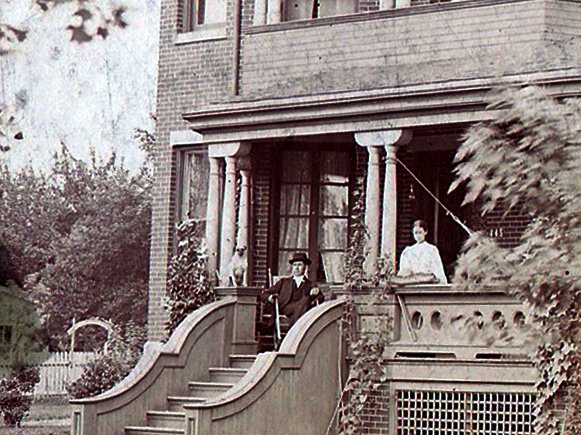 The A.W. Buck House under a night sky. 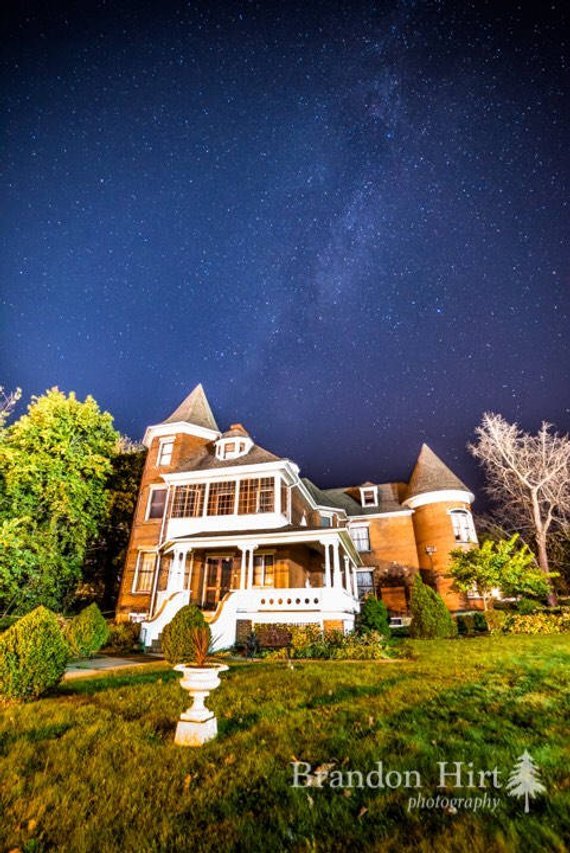 A.W. Buck was born in Carroll Township, Cambria County, in 1858 and was working in the banking industry by age 16.  He rose quickly through the ranks and married Hattie Zahn in 1879.  They had one child, Blanche.  He then established the Johnston, Buck and Company Bank in 1880 and went on the help found the First National Bank of Ebensburg in 1897, which became known as Laurel Bank and then Promistar Bank.  He served as its director until his death in 1918.

In the late 1880s, Buck decided his family needed a home befitting his status and in this he succeeded greatly.  While the architect and builder are lost to history, there is little doubt that Buck had some influence on the home’s Queen Anne style architecture.  Initially, the home only featured one three-story, circular tower.  However, Buck had a large addition constructed in 1903, for his daughter’s wedding, which added the second octagonal tower.  That addition also included the first-floor ballroom and second-floor library.

The home’s interior features various rooms that represent the style that was popular among the well-to-do set of central Pennsylvania at the turn of the century.  For example, its vestibule houses a double-leaf Dutch door and an inter-locking tile floor, while its parlor features a parquet floor with a cherry and oak pattern that is used throughout the house and a faux-marble fireplace.  The dining room’s main attraction is its thee-point arched stained glass windows that display a morning, noon, and night theme.  Blanche’s ballroom was constructed with a Richardson Romanesque fireplace, a ten-foot beamed ceiling and tongue and groove paneling.  The home’s library and bedrooms reside on the second floor while the small third floor was home to the servant’s quarters.

After Buck’s daughter, Blanche, passed in 1923 the home was sold to the Roman Catholic Archdiocese of Altoona-Johnstown.  The archdiocese used the structure as a convent for the Sisters of St. Joseph.  The nuns made a few superficial changes to the house’s interior, such as adding partitions and modernizing the kitchen and bathrooms.  The partitions have since been removed.  The sisters occupied the house until 1990 when it was purchased by the Cambria County Historical Society, which was founded in 1925.  The historical society then moved its operations into the home which included its research library, archives, offices and a local museum that is open to the public.  They also sponsor various special and celebratory events at the house.