The Ebell of Los Angeles and Wilshire Ebell Theatre

Dedicated in 1927, The Ebell of Los Angeles continues to be run and operated by The Ebell of Los Angeles Women's Club, which dates back to the late 19th century. Designed by architect Sumner P. Hunt, the Italian style structure included a clubhouse for the women's group, a dining room, a colonnade and fountain, and a 1,300 seat theatre. The total cost for The Ebell was close to $1 million, making it the most majestic women's club in America. The Wilshire Ebell Theatre has always been known for its Barton pipe organ and is one of the more aesthetically beautiful auditoriums in Los Angeles. Numerous historical performances have taken place on the stage, including a single electrifying audition from a young girl named Frances Gumm, later to be known as Judy Garland. The Ebell has been recognized for its rich cultural history in Los Angeles and is on the National Register of Historic Places.

The Ebell of Los Angeles 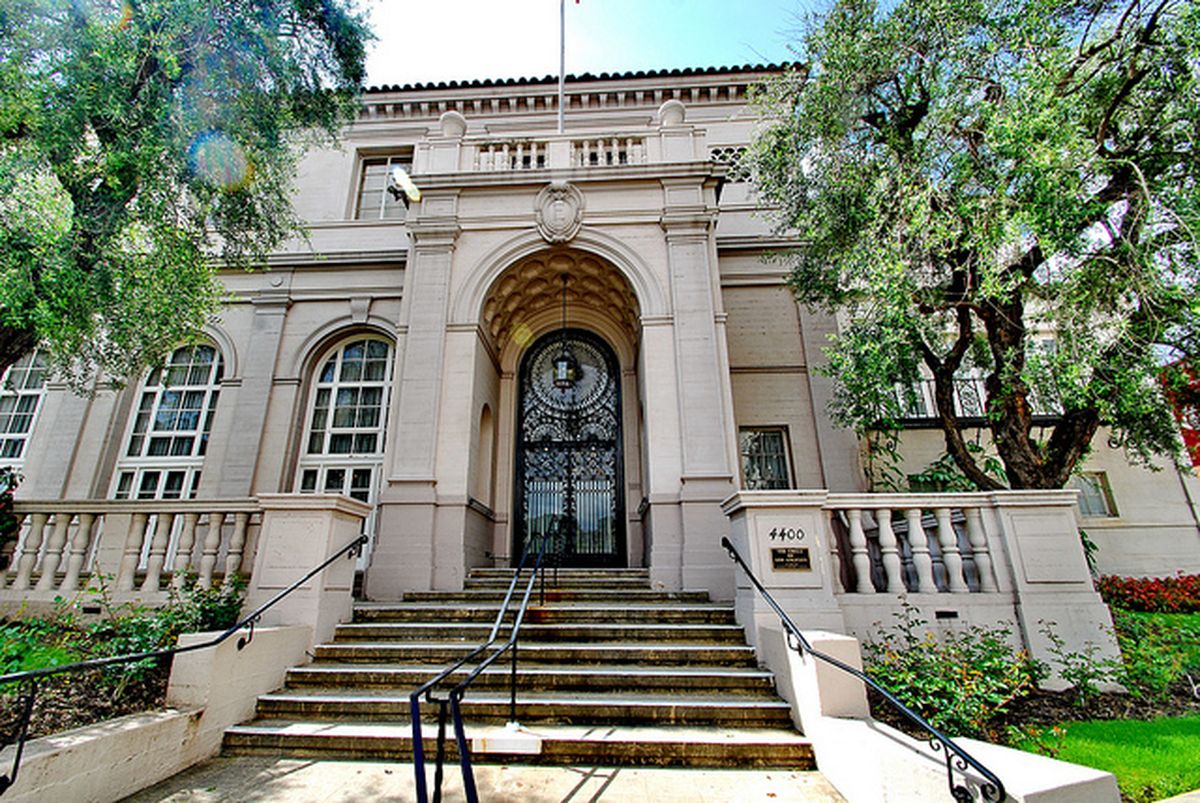 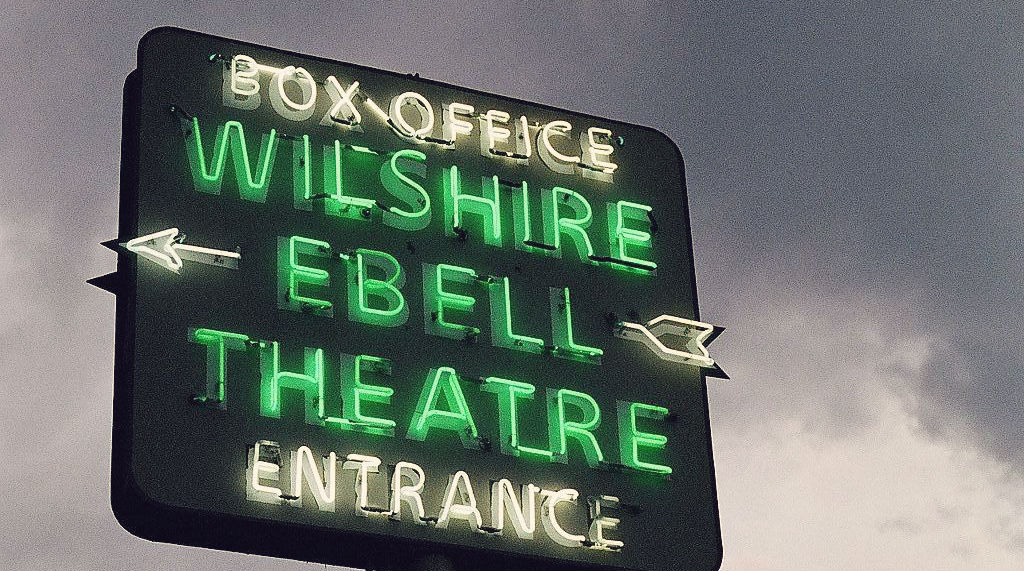 The Fountain of Honor located at The Ebell Club, honoring those who perished in World War I 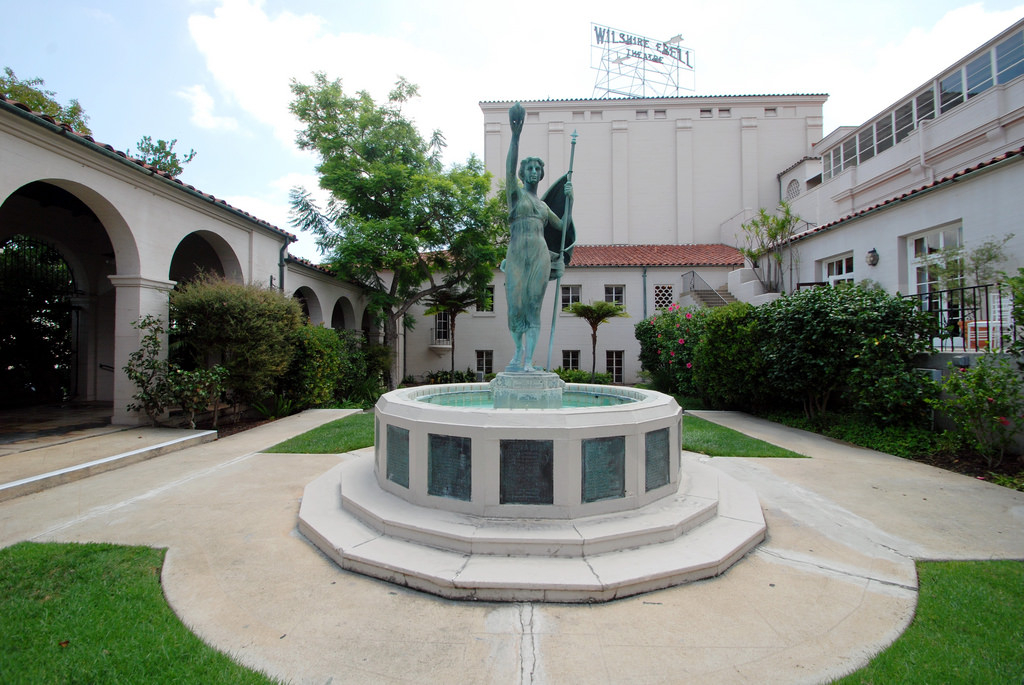 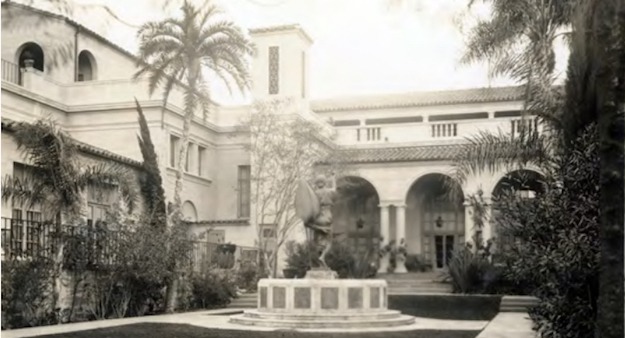 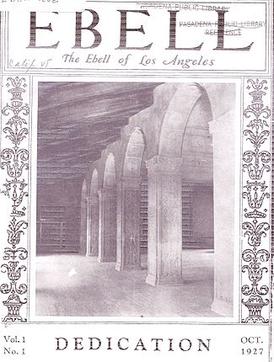 The Colonnade at the Ebell 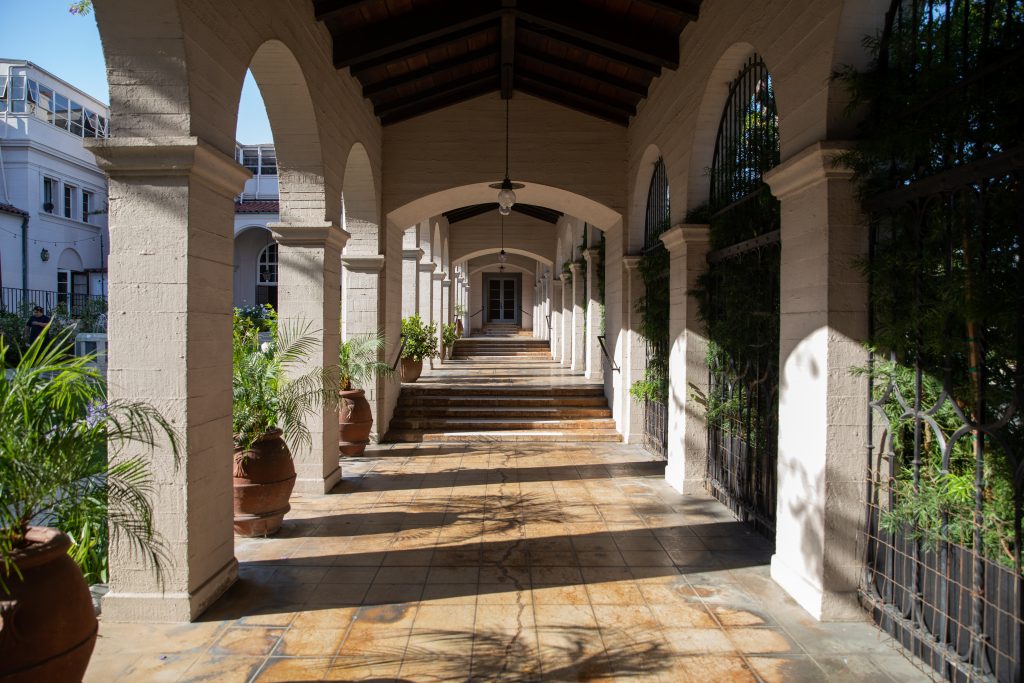 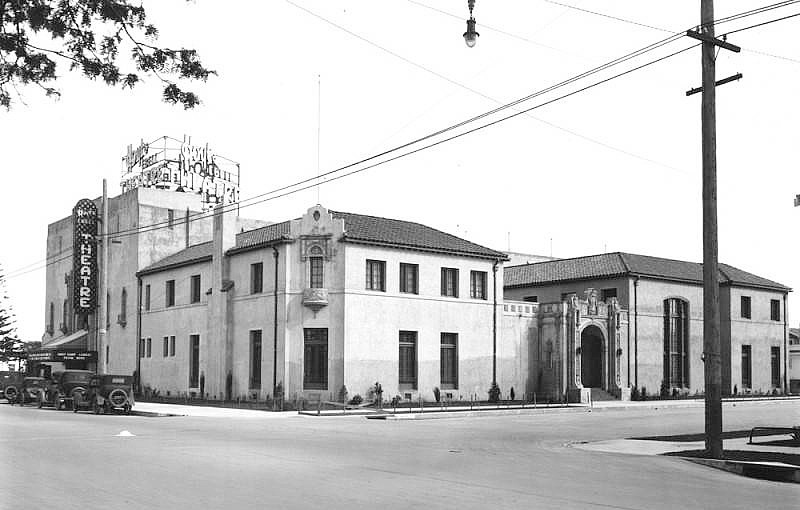 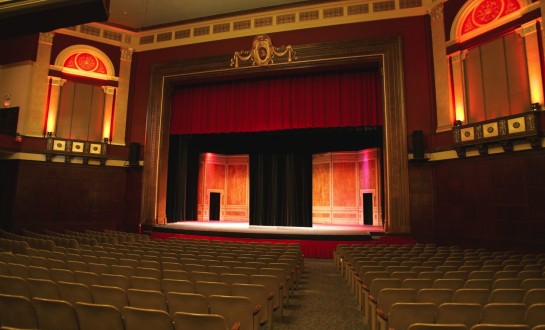 The first women's club in the United States, the Sorosis, was founded in New York in 1868, a few years after the Civil War. In 1890, Sorosis hosted a convention that resulted in the invention of the General Federation of Women's Clubs. The Federation grew to include more than ten million members in over 50 women's clubs, and The Ebell continues to be a member. Incorporated in 1897, The Ebell Club was named after Dr. Adrian Ebell, an ex Yale professor who supported the emergence of women's clubs across California. The Ebell Club offered women the opportunity to come together to discuss culture, gardening, and more importantly, take educational courses many were denied from by universities at that time.

From its onset, The Ebell has offered various philanthropic activities and programs, bringing scientists, playwrights, poets, actors, singers, and heads-of-state through its doors. After World War I, The Ebell created a Scholarship Department that continues to support a hundred college students every year. The current building was completed in 1927 and was designed by architect Sumner P. Hunt. To celebrate its inauguration, a ball was held honoring the Consul Generals of the Los Angeles Consular Corps. Rare for the city of Los Angeles, the Italian style clubhouse has maintained the majority of its original furnishings and the beautiful gardens are a prime spot to host weddings and other events. The Ebell served as the birthplace to the Red Cross of Los Angeles and, during World War II, it hosted USO parties and led selling war bonds.

The Wilshire Ebell Theatre has seen its fair share of talented entertainers grace the stage. Andy Griffith, George Jones, Stevie Wonder, and Julie Andrews are just a few. In one of her last public appearances before her mysterious disappearance, Amelia Earhart spoke about aviation in front of a full crowd in April of 1937. In 1942, famed composer Igor Stravinsky introduced his first piece of work entirely composed in the United States at the Wilshire Ebell. In the early 1930s, the Wilshire Ebell would put-on vaudeville acts a few nights a week and one of the acts was a group called "The Gumm Sisters." One night MGM producer George Sidney was in the audience when the three girls and their mother came out to perform. He was particularly impressed with the singing abilities of Frances, so impressed he took her to MGM for a screen test. They signed Frances Gumm and changed her name to Judy Garland.

The Ebell and the Wilshire Ebell Theatre continue to hold a significant place in the history of Los Angeles. Besides being a Historical Cultural Monument, it has also been recognized as An American Treasure by the White House. Now categorized as a 501(c)(3), The Ebell focuses largely on its preservation and restoration. Though it has been over one hundred years since the creation of The Ebell Club of Los Angeles, The Ebell maintains its original mission of being a place for women to gather and the Wilshire Ebell Theatre remains one of the most prized auditoriums in Southern California.

The Ebell of Los Angeles

Anything But Gray Events

Box Office for Wilshire Ebell Theatre: Monday through Friday 10:00 AM to 4:30 PM