Located in the heart of downtown Beverly Hills, the Beverly Wilshire Hotel has served as a staple in the city since 1928 and has become known to people all over the world thanks to it being a prime film location for movies and television. The Italian Renaissance structure built of Tuscan stone and Carrara marble was first called the Beverly Wilshire Apartment Hotel. Under new ownership in the 1940s, the name was changed to the Beverly Wilshire Hotel and an elaborate renovation took place, adding a grand ballroom to host big bands as well as tennis courts and an Olympic sized swimming pool. The next renovation to take place occurred under the ownership of Hernando Courtright, who doubled the size of the hotel in the early 1970s by adding a new wing. Notable entertainers who called the Beverly Wilshire Hotel home for a period of time were Elvis Presley, John Lennon, and Warren Beatty. Notable guests include the Dalai Lama, President Barack Obama, Al Pacino, and Elton John. The 1990 movie "Pretty Woman" starring Julia Roberts was primarily based at the Beverly Wilshire, earning it a prestigious place in hotel history. 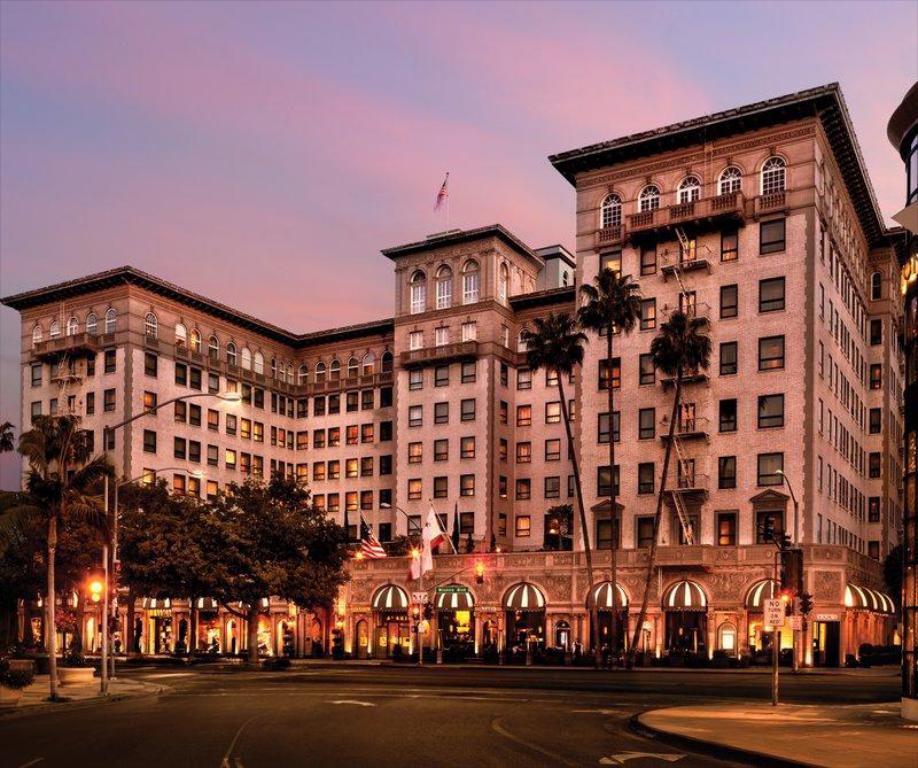 The Beverly Wilshire Hotel ca. 1930 seen from North Beverly Drive. To the far right the sign for the classic "Brown Derby" restaurant can be seen. 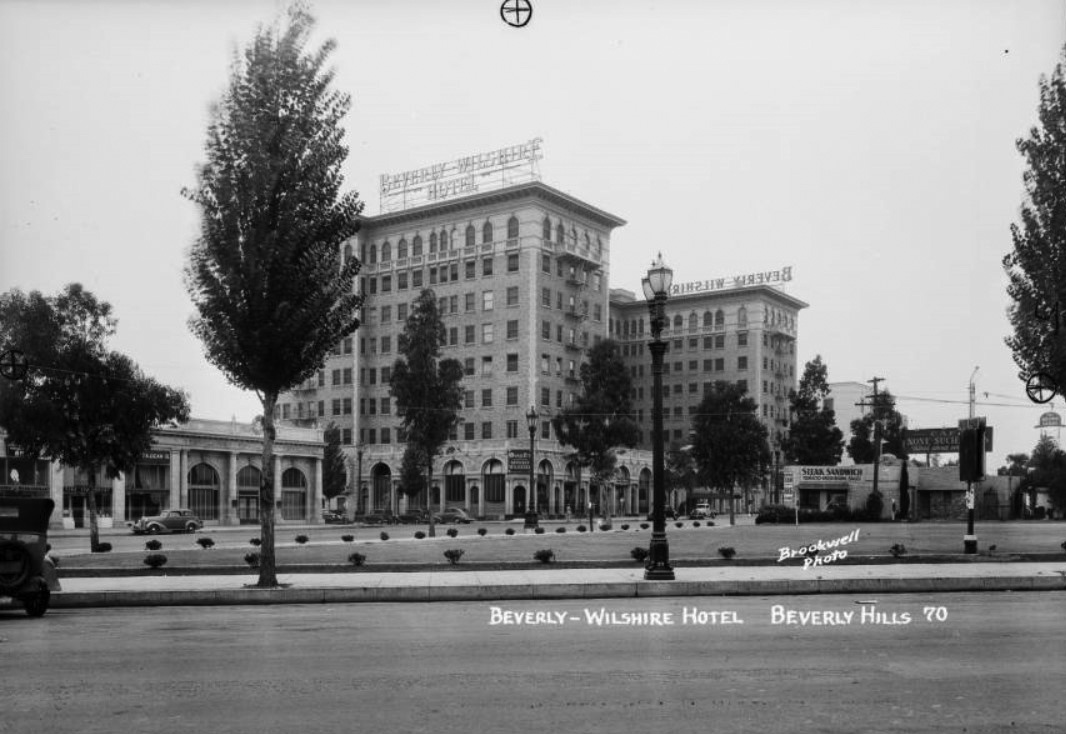 The View of Rodeo Drive, with the Beverly Wilshire Hotel in the Background, from Santa Monica Blvd. in 1932

The Lobby of the Beverly Wilshire Hotel, 1930s 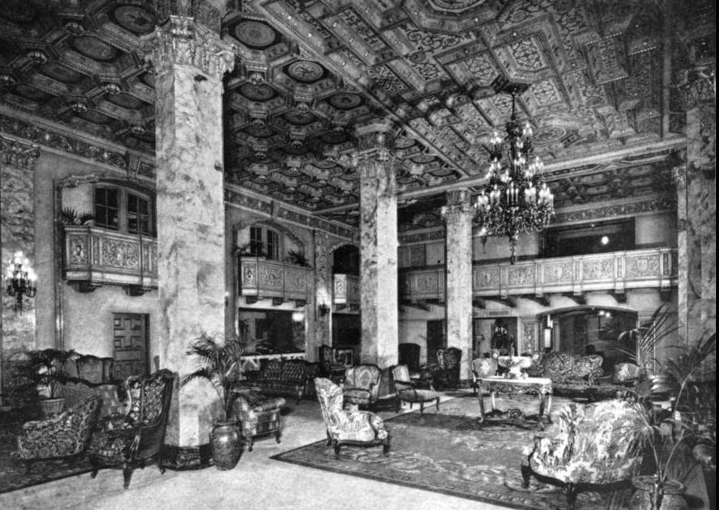 The Lobby of the Beverly Wilshire in the 2000s 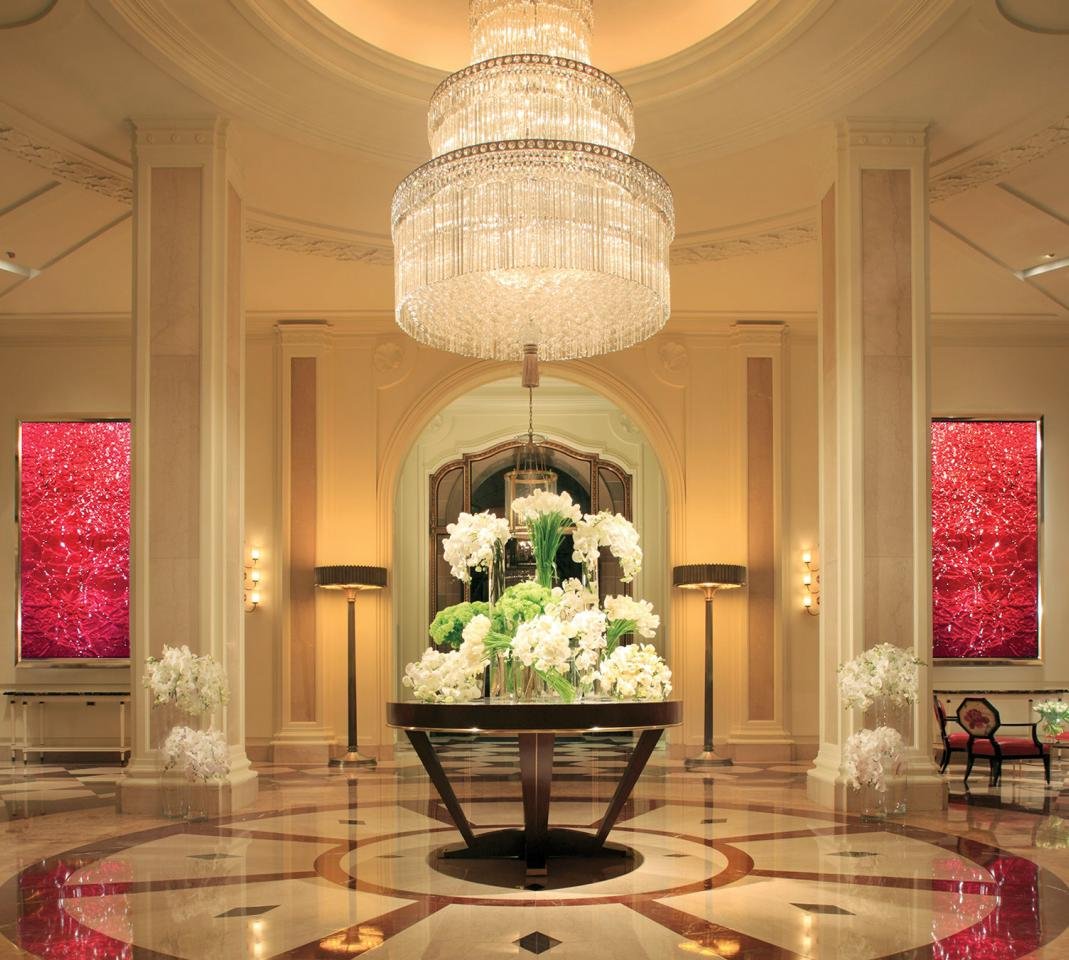 The Beverly Wilshire Hotel in 1939 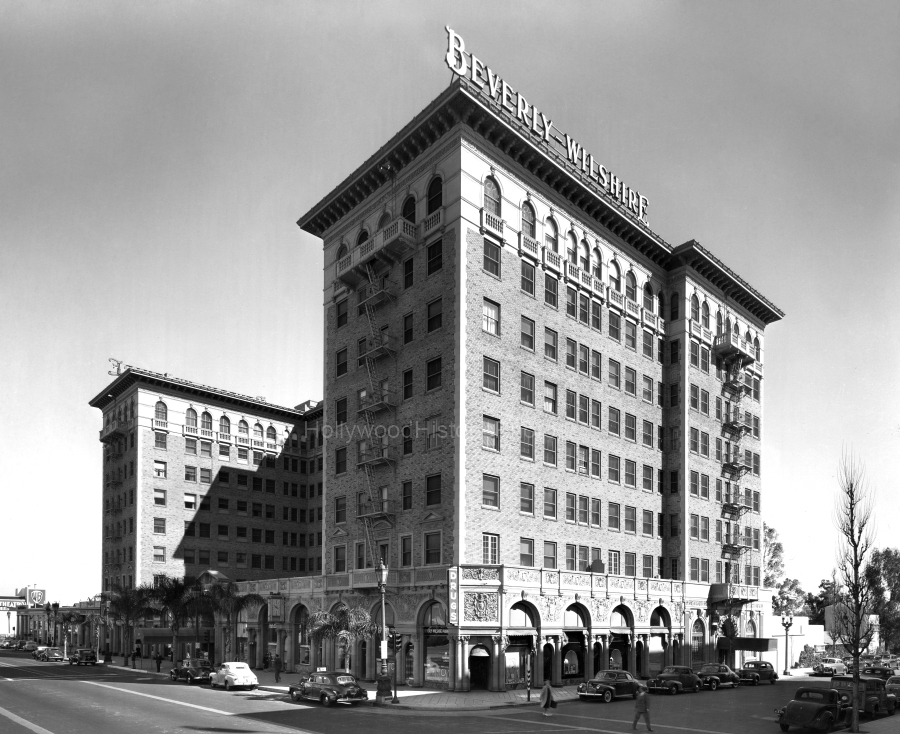 The Beverly Wilshire Hotel was built on the site that was once a popular auto racetrack in the early 1920s. Real-estate developer Walter McCarty built the Hotel and architects Walker and Eisen designed it in the Italian Renaissance style. The Beverly Wilshire was the most luxurious hotel on Wilshire Boulevard west of Los Angeles's Ambassador Hotel. At the time it opened in January 1928, it was known as the Beverly Wilshire Apartment Hotel. The Hotel was slow to get off its feet, Hollywood stars were either residing in Beverly Hills or staying elsewhere and the population of the town was under 1,000. That would soon change.

The clientele grew exponentially in the 1930s and 40s. So much so, at one point the Hotel covered an entire block in Beverly Hills. Once the tennis courts were built, they were used to host tennis championships featuring professionals such as Bobby Riggs and Pancho Gonzales. In 1969, Welton Becket and Associates designed a fourteen story addition, making the Beverly Wilshire the tallest building in Beverly Hills at that time. The wings located on El Camino Real are joined by an exclusive cobblestone driveway consisting of lanterns that were imported from an Edinburgh castle. The latest pool was modeled after the actress Sophia Loren's private pool at her home in Italy.

The Beverly Wilshire has stood the test of time, thanks to its sturdy structure and able architects, surviving strong earthquakes and serving as an air raid shelter during World War II. The Hotel features high-class restaurants such as Wolfgang Puck's "CUT" that opened in 2006 and was designed by the same architect who designed the Getty Museum, Richard Meier. Famous faces who have enjoyed luxury meals at "CUT" include Brad Pitt, Jennifer Aniston, Will Smith, Elton John, and Steven Spielberg. A choice site for filming, the Beverly Wilshire has been featured in films Valentine's Day, Sex and the City: The Movie, Escape from the Planet of the Apes, and the most popular, Julia Roberts' and Richard Gere's Pretty Woman.

Throughout its illustrious history, the Beverly Wilshire has played host to names like Emperor Hirohito of Japan, the Aga Khan, Michael Caine, Farrah Fawcett, and many more. Thousands of Elvis fans sent letters to the Hotel when he lived their while filming movies and department store heiress Barbara Hutton lived and died there in 1979. In June of 1987 the Beverly Wilshire was recognized for its rich history and was officially placed on the National Register of Historic Places. Four Seasons has managed the Hotel since 1992 and in 2006 it became the Beverly Wilshire, A Four Seasons Hotel. With two-story suites, fine restaurants, exclusive shopping, and a rooftop terrace that looks out over Rodeo Drive and Beverly Hills, the Beverly Wilshire continues to offer the luxury it was designed for in 1928. On a major street in a city that is constantly evolving, the Beverly Wilshire prevails.