The Barber-Pittman House is a grand Neoclassical home located along Ashley Street. Listed on the National Register of Historic Places, it is historically significant for its architecture and its association with the man who built it, Eugene R. Barber, who was a successful entrepreneur and prominent philanthropist. Barber built the house in 1915. Its most striking feature is the two-story portico with Ionic columns supporting a gable. The house is now the location of the Valdosta Chamber of Commerce.

Built in 1915 by Eugene R. Barber, the Barber-Pittman House is a fine example of Neoclassical architecture and is now the location of the Valdosta Chamber of Commerce. 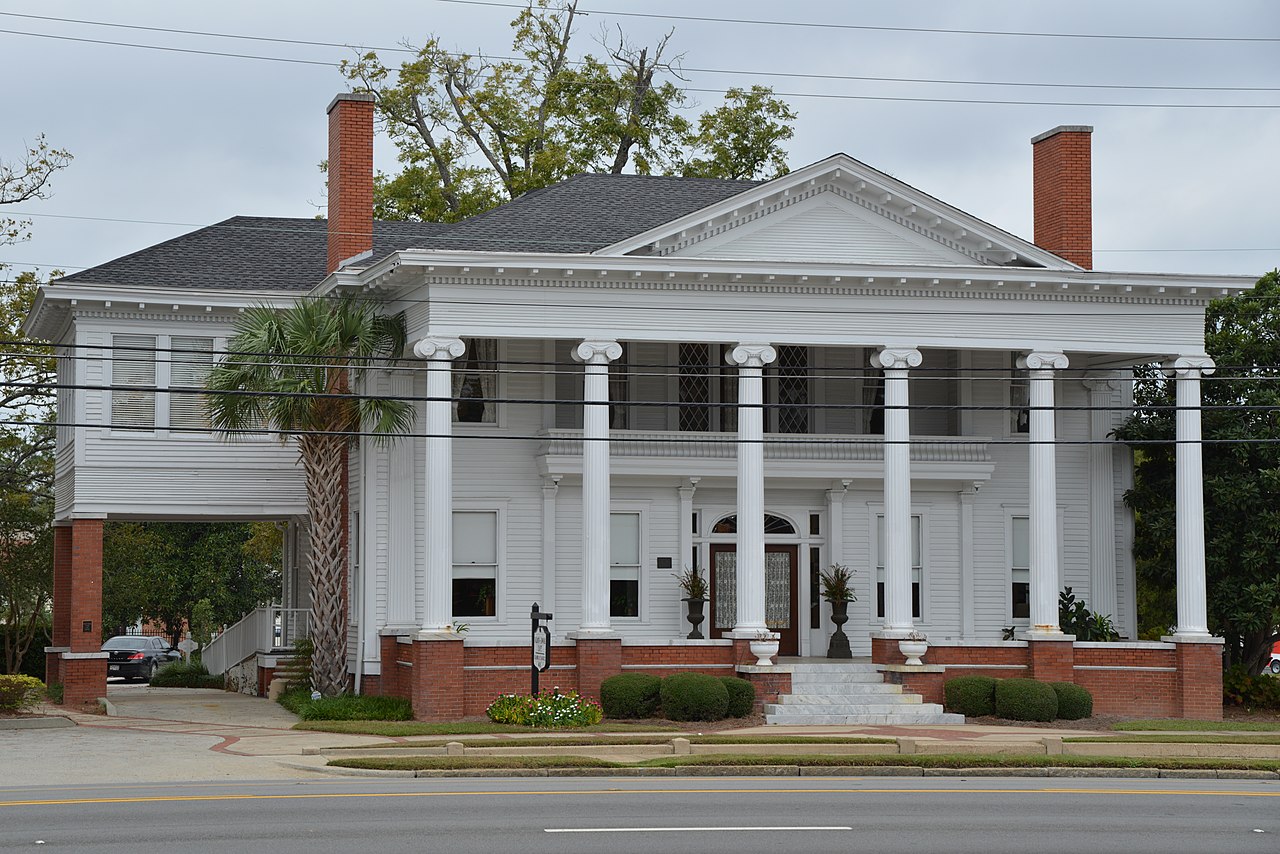 Information regarding where Eugene R. Barber (1870-1965) was born or spent his childhood is not readily available. As a young man, he worked for the Savannah-Americus Railroad Company as a fireman. During this time, he became interested in business and so, in the early 1890s, invested in the Helena Bottling Works. Then in 1896, he invested in the Valdosta Bottling Works with a partner, J.F. Holmes. The company bottled drinks with a number of flavors including lemon, strawberry, sarsaparilla, and ginger ale. Notably, it was one of the first bottlers of Coca-Cola. Barber managed the the company until 1924.

In addition to bottling, Barber had other interests as well. He invented patents for improving the bottling process and cotton gins. For the community, he served on the city council for a year, invested in the Valdosta street railway, and founded a swimming pool.

It is not clear how long Barber lived in the house, but it appears he lived here until he died in 1965, which is when his daughter, Ola Barber Pittman, acquired it. During this time, the house was threatened with demolition to make room for parking facilities for the nearby U.S. Post Office and Federal Office Building, which had recently been built. Pittman managed to save the house and even, according to story, called President Lyndon B. Johnson about the matter. She ultimately prevailed and lived in the home until she moved to a nursing home, two years before she passed away in 1977. Her will stated her intent to deed the house to "the citizens of Valdosta." It was restored and possibly served as a community center before becoming the location of the Valdosta Chamber of Commerce. It was added to the National Register of Historic Places in 1980.

This walk starts at the Lowndes County Historical Museum and works its way to the Crescent, a stately Victorian-era mansion with stops at several historic homes and buildings. To learn more about the history of Valdosta, be sure to use Clio to see several other area landmarks including historical markers and the archives of Valdosta State University that include many artifacts and other items related to the history of Lowndes County.