This house used to be the home of Charles Thomas, his wife, Mattie Kirk, and their five children: Helen, Thirza, Kirk, Aveline, and Mary Eva, all of whom resided in Baltimore from approximately 1897 through at least 1916. Currently, the building houses COAL Computer, a local, family-owned, computer repair service.

The Thomas House before the front porch and addition to the back were added. 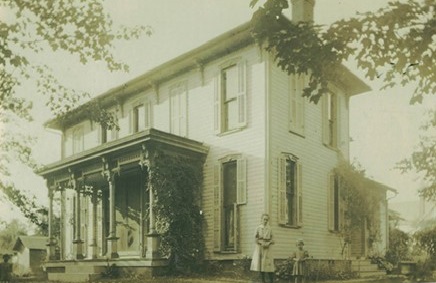 The Thomas House after the front porch and back addition were added. 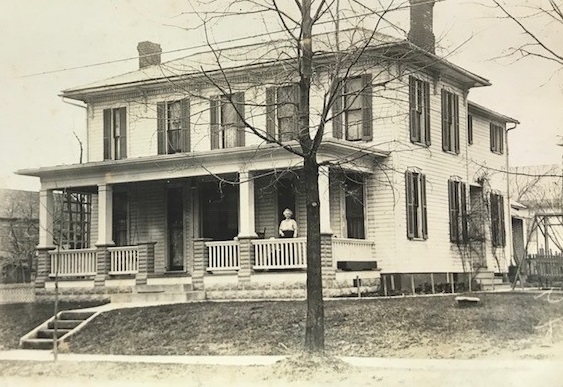 This photo of the Thomas’ five children was used on a bakery calendar circa 1905. The boy on the far left is Kirk and the girl on the far right is Aveline. 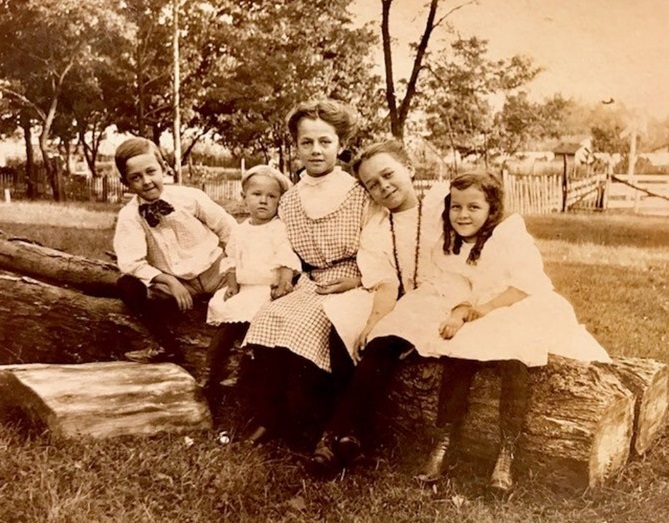 Four of the Thomas children. 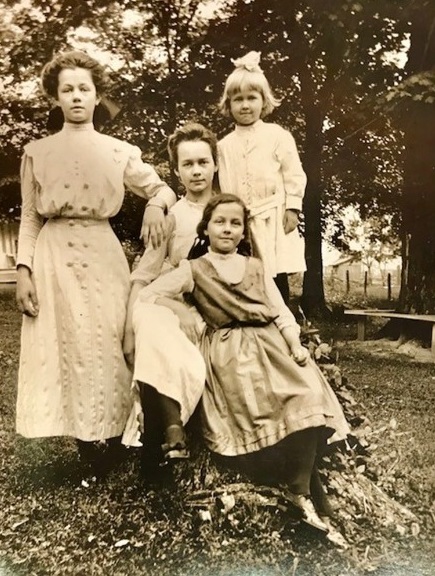 There are records that show that, in addition to living in Baltimore, Ohio, Charles lived in both Columbus and Cincinnati. While in Baltimore, Charles owned The Twin City Bakery and Lunch Room and was known as the “Twin City Baker.” There are bakery ads in the local paper, The Twin City News dating from 1897 through at least 1916, which suggest that Charles and Mattie moved to Baltimore shortly after getting married to set up the bakery. They then moved to Columbus anytime between 1916 and 1925, which is when the first record of their residence in Columbus is recorded.

The Thomas family lived in a large house across from what was then the Baltimore school, but is now the Griley House at 209 E Market Street. The house itself is still standing and is located at 220 E. Market Street. At some point, the Thomas family put an addition on the back of the house and expanded the front porch to what it looks like today, most likely to accommodate their growing family.

The windows on the Thomas house are 9 feet tall and are some of the largest known windows in Fairfield County. A local story is that the Thomas’ five children would use the windows as doors to go in and out of the house while playing outside.

Charles Thomas may have left Baltimore almost a century ago, but his family home remains as a testament to Baltimore’s rich local history. Hopefully it will continue standing for generations to come.