The Albany Museum of Art Museum is home to an impressive permanent collection featuring 19th and 20th century art and sculpture from the United States and Europe. It also houses one of the largest collections of traditional African art in the American Southeast. 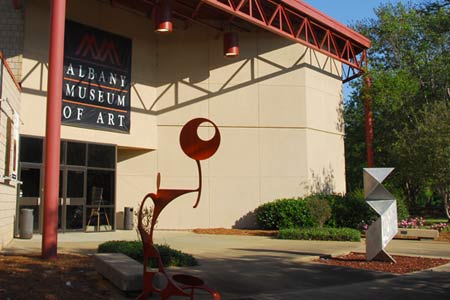 The museum's roots date back to 1964 with the founding of the Southwest Georgia Art Association whose volunteers operated a small gallery in a former mill. By 1980 that museum had grown substantially and its supporters launched a campaign to raise funds for a new building. That building (the current facility) opened in 1983 and the association changed their name to the Albany Museum of Art.