The Congress Theater (1926) is one of the last examples of a neighborhood movie palace built during the height of the "Roaring 20s." Its striking four-story entrance pavilion, extensive ornamentation, and Classical Revival and Italian Renaissance architectural styles denote its lavishness and intent to cater to those with money to spend. It's an example of a "theater-block," which had the capacity to seat more than 2,900 guests. The theater is currently undergoing a nearly $70 million renovation with a target re-opening date set for 2019. 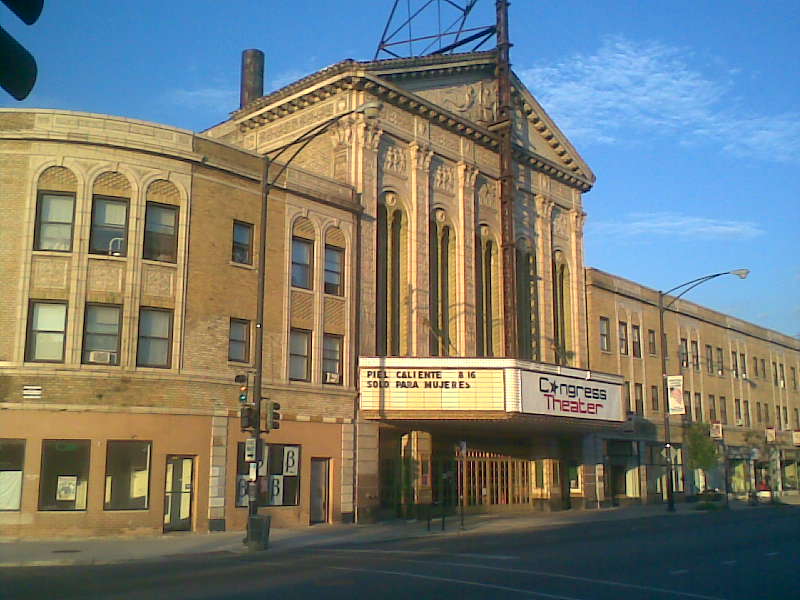 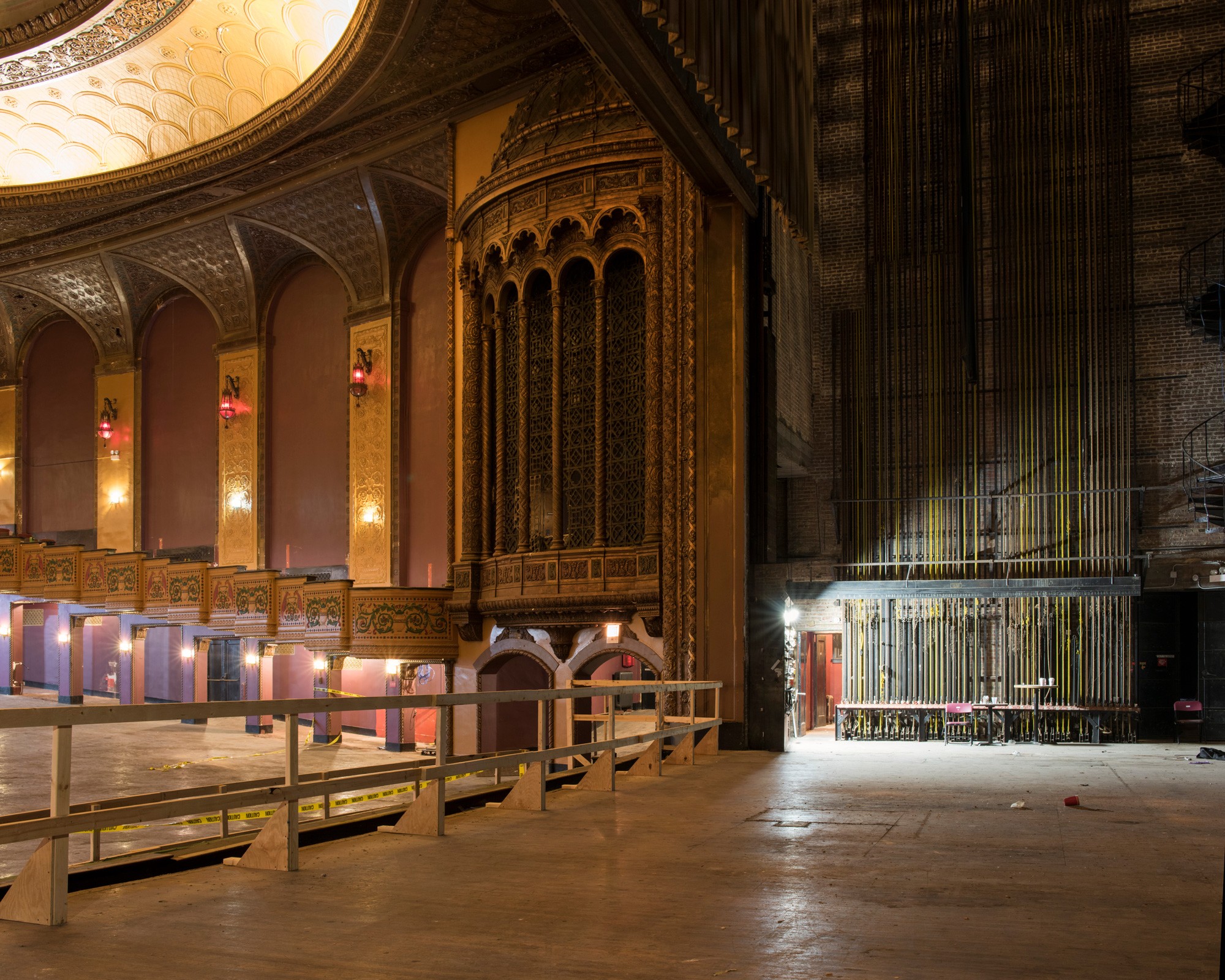 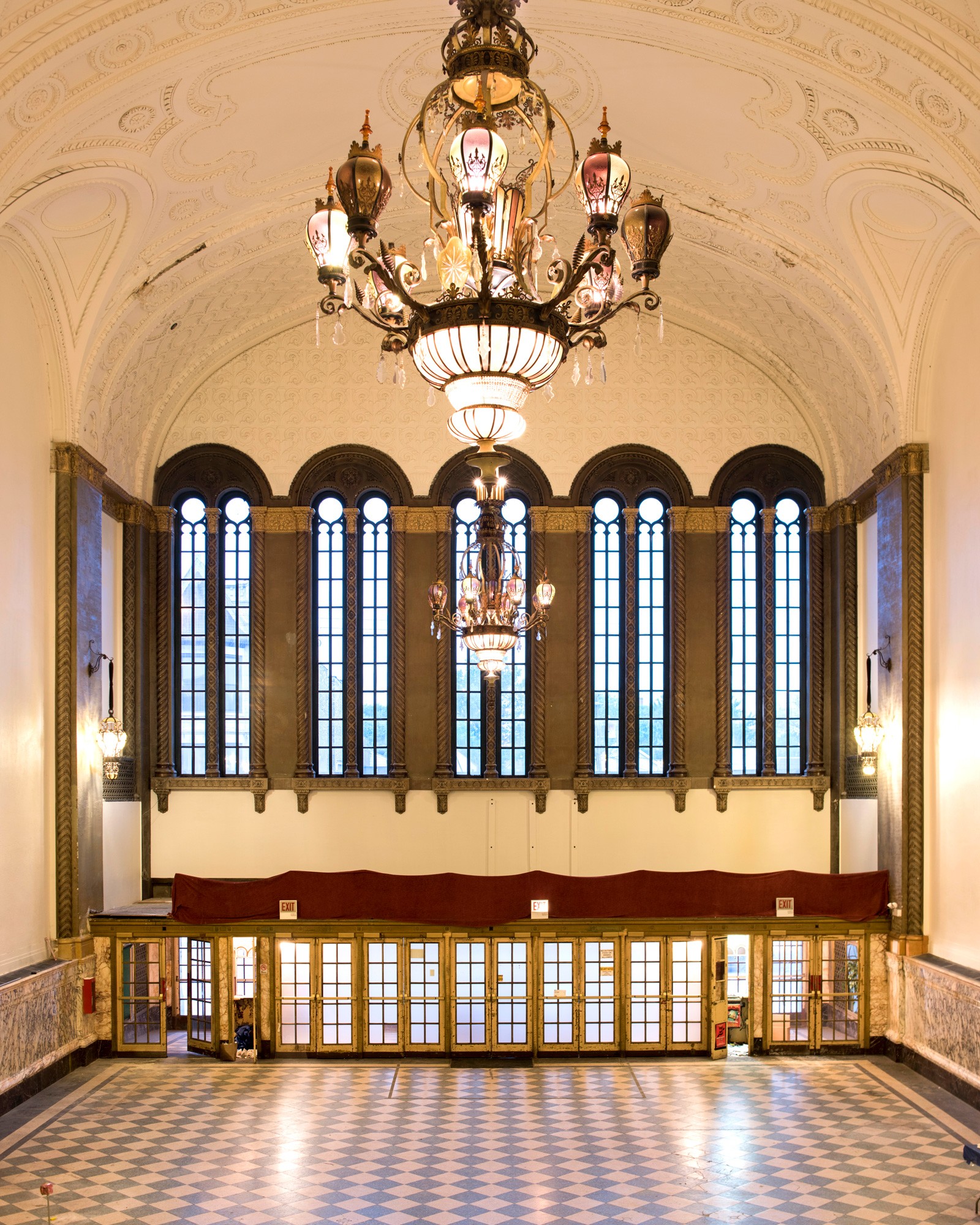 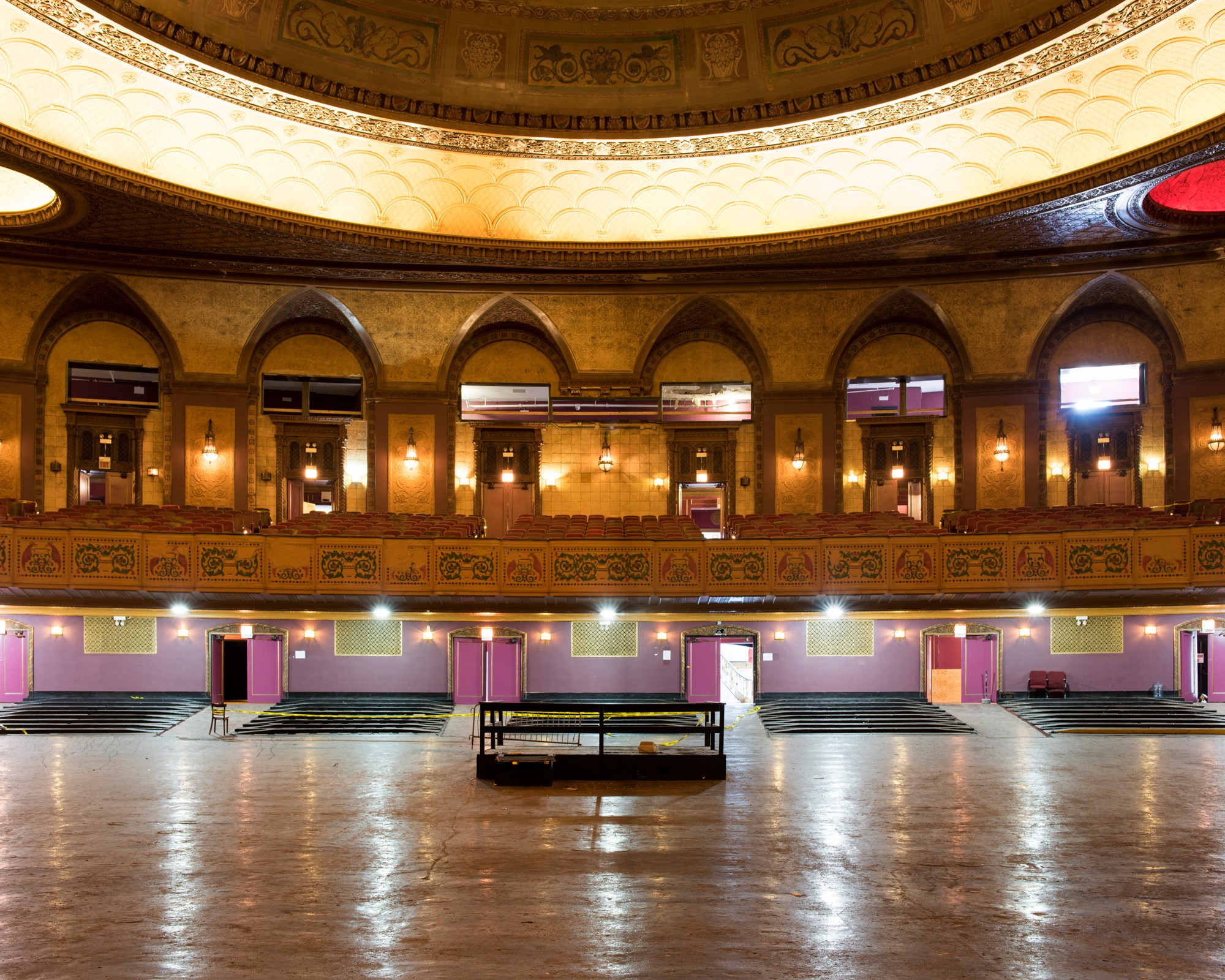 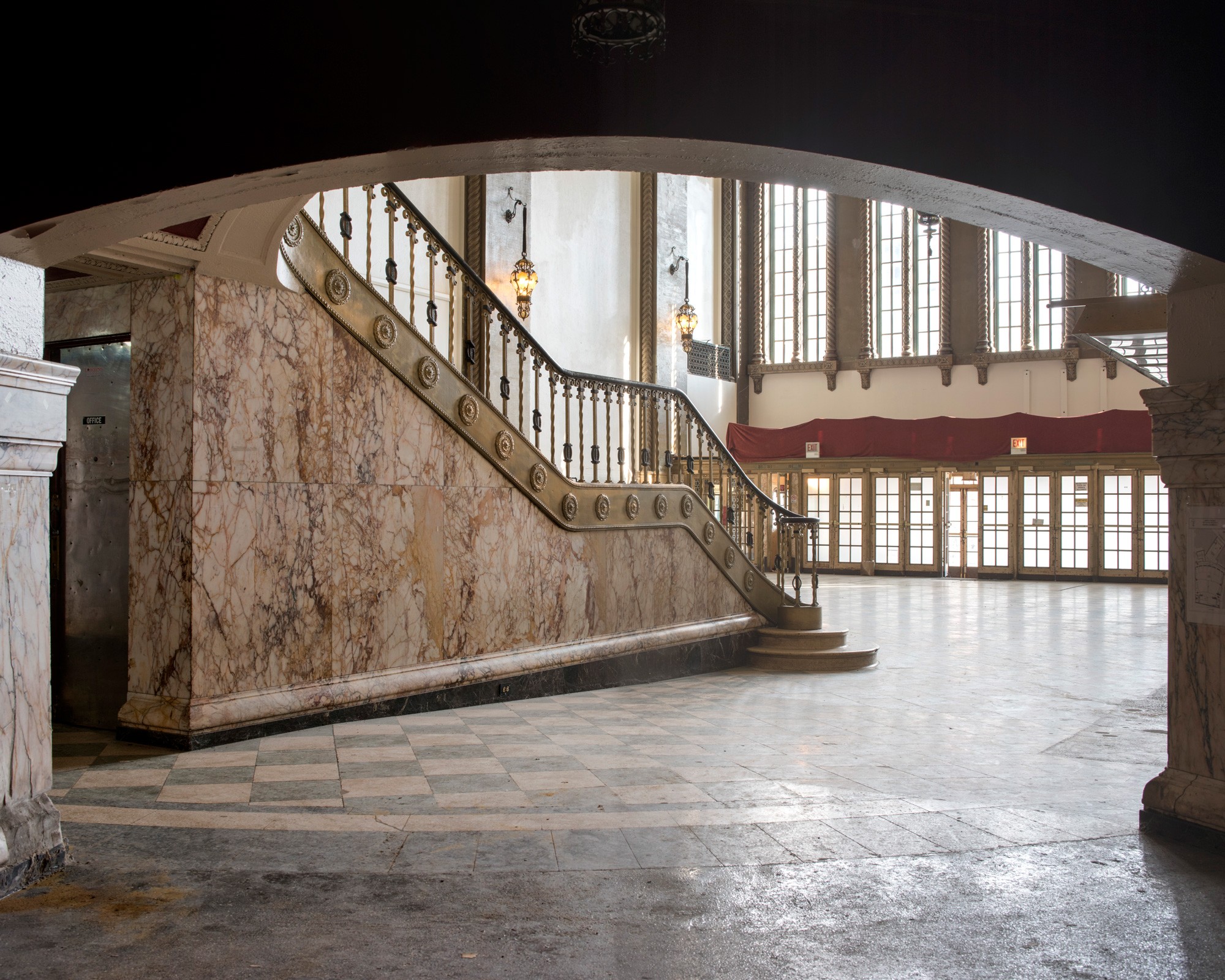 The Congress Theater opened 1926 and is currently undergoing a $69 million renovation. The historic 2,904-seat auditorium is noted for its lavish and elaborate four-story entrance and serves as one of the last neighborhood movie "palaces." The Congress is also one of the last remaining theaters associated with Lubliner & Trinz, the operators of one of Chicago's largest chains of "moving picture theaters" during the 1920s. Covering a quarter of a city block, the three-story building is an excellent example of a "theater-block," a building type combining a movie theater with stores and apartments.
Nickelodians, with its crude projection and cheaply-made seating, served as the first movie houses in Chicago (and much of the nation) during the first decade of the twentieth century. Though simple in concept, they grew increasingly popular which led to more sophisticated movie-house construction by the 1910s and into the "roaring" 1920s.
Throughout the country, the booming interwar economic climate spurred a prolific consumption culture, offering U.S. residents an opportunity to spend money on leisurely items, including the theater. The lavish designs, electric lights, and opulence catered to a culture that had money to spend.
Indeed, by the 1920s, move houses grew into elegant "movie palaces." Movie palaces, of which Chicago boasted more than 30 of them by the end of the 1920s, were known for their opulence, live orchestras, plush seats, large and well-lit marquees, and, in many cases, a capacity to seat thousands of people, exemplified by the Congress Theater which opened in 1926 as both a film and vaudeville entertainment center. Physically, the Congress is an assuming brick structure covering one-quarter of a city block.  The three-story "L"-shaped building faces both Milwaukee Ave. and Rockwell Street, comprised of a massive lobby, the theater, seventeen stores and fifty-six apartments.
All told, the theater represents the culture of the 1920s, a time of economic boom, and a culture who increasingly enjoyed the theater and film.  And its size speaks to the trend in creating movie palaces that were not only highly decorative and elegant but often massive in scale.

Bloom, Mina. "A Peek Inside The Congress Theater During Its $65 Million Overhaul." DNAinfo.com. October 17, 2017. https://www.dnainfo.com/chicago/20171017/logan-square/congress-theater-when-will-it-reopen-redevelop...