In the small town of Baltimore, Ohio, the building that used to house The Twin City Bakery and Lunch Room can still be seen today as a testament to the rich local history embedded within the town. The bakery was owned by local businessman Charles A. Thomas, whose family resided in Baltimore from approximately 1897 through at least 1916. The current building was just sold by The Hometown Team, e-Merge Real Estate.

The Twin City Bakery and Lunch Room as it stands today, it is the white building to the right of the photo. The building was recently sold by The Hometown Team, e-Merge Real Estate. 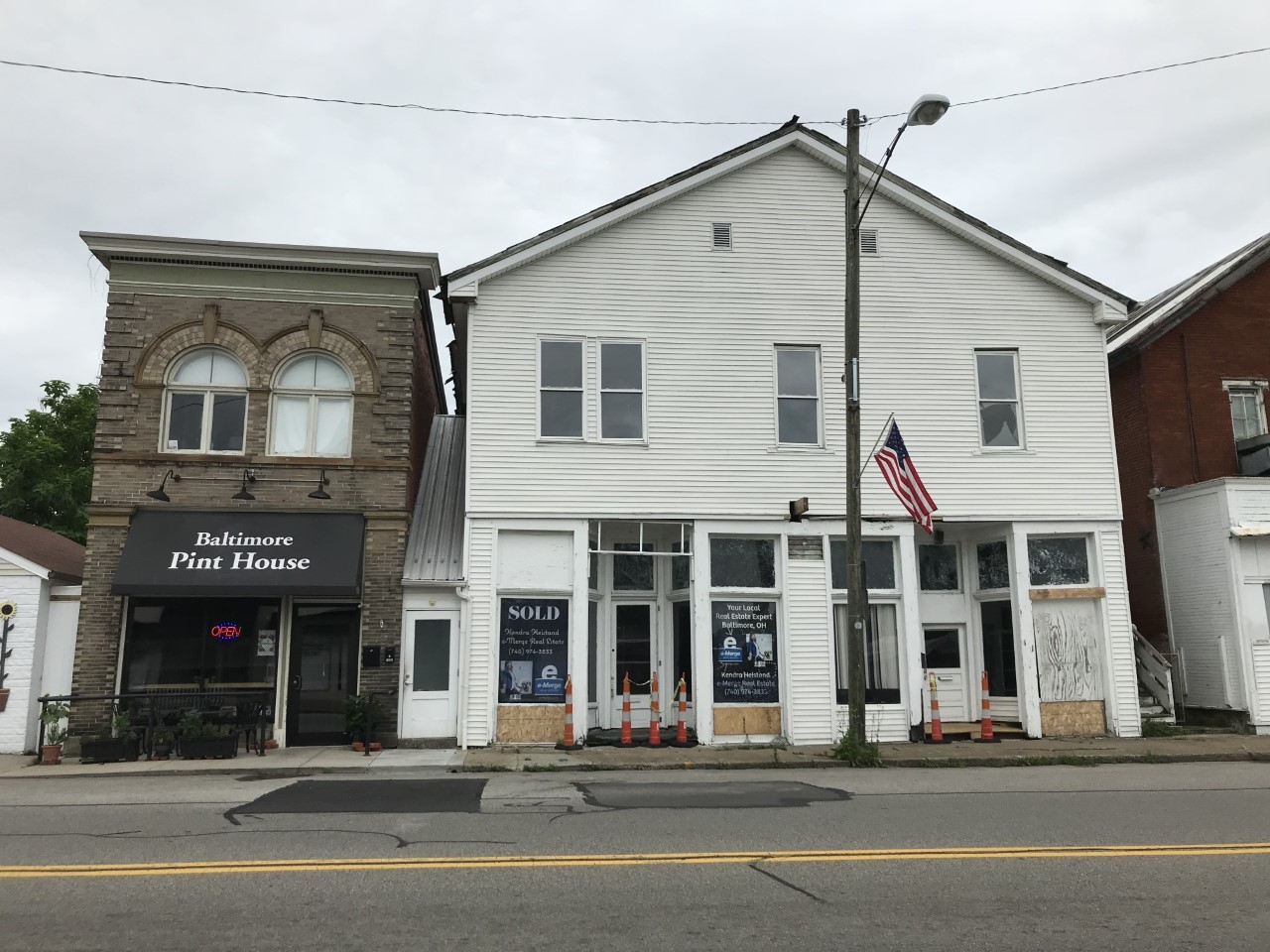 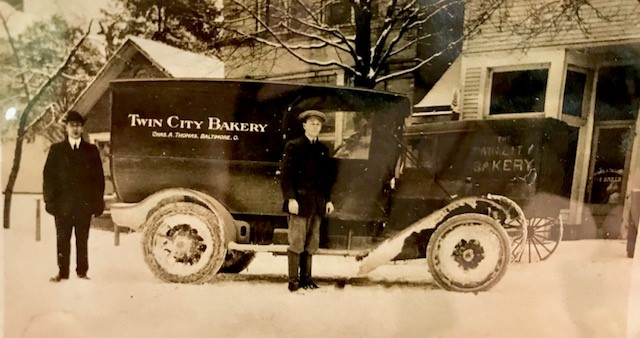 A photo of Charles Thomas in front of his first bakery, the location of which is currently unknown. 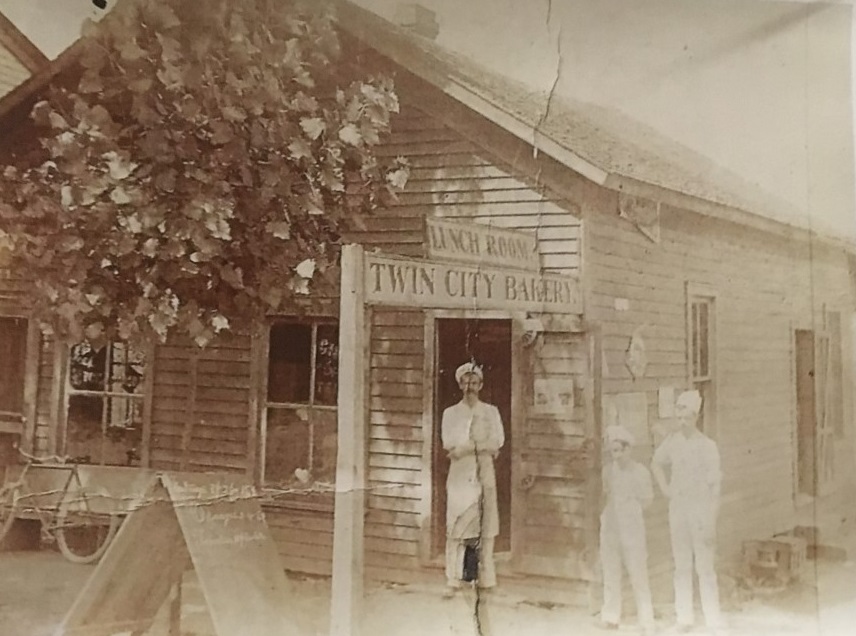 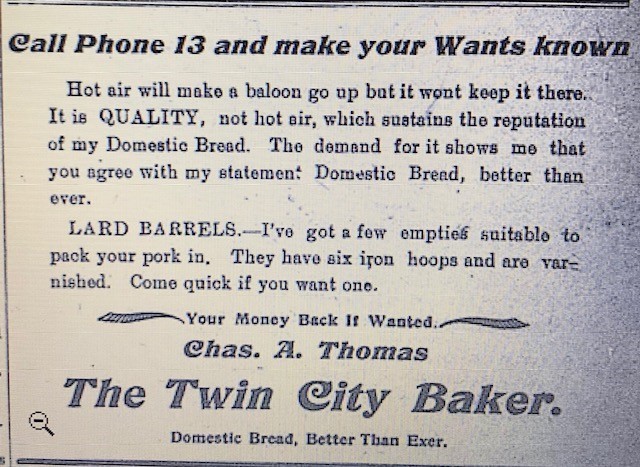 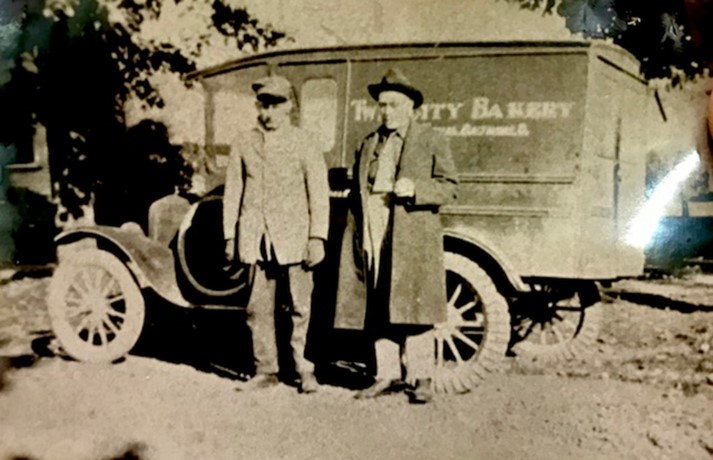 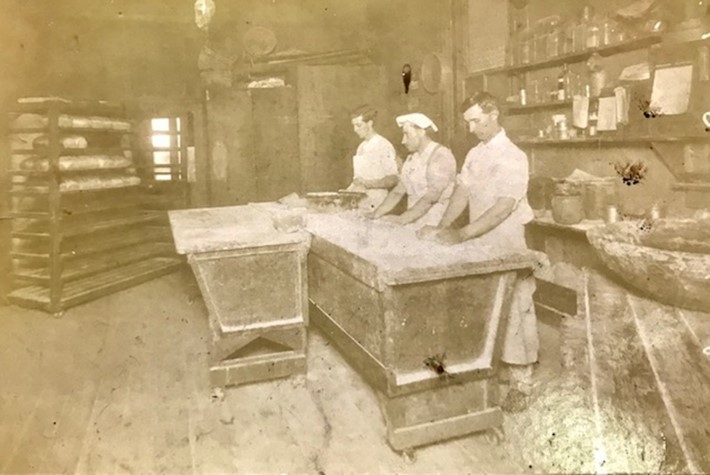 Both the building that used to house the Twin City Bakery and Lunch Room, as well as the Thomas family’s old house remain standing in Baltimore, Ohio. For more information about the Thomas family home, please see the link below.

There are records that show that, in addition to living in Baltimore, Ohio, Charles lived in both Columbus and Cincinnati. While in Baltimore, Charles owned The Twin City Bakery and Lunch Room and was known as the “Twin City Baker.” There are bakery ads in the local paper, The Twin City News dating from 1897 through at least 1916, which suggest that Charles and Mattie moved to Baltimore shortly after getting married to set up the bakery. They then moved to Columbus anytime between 1916 and 1925, which is when the first record of their residence in Columbus is recorded.

Approximately three years after the bakery began advertising in the local paper, the local mill, where Charles kept his flour, burned down and he lost $600. At some point during his almost twenty years in Baltimore, the bakery expanded and moved to a new location. Although the location of the first bakery is currently unknown, the second bakery was located at what is now 104 N. Main Street.