Glen Echo Park's history begins with the creation of an exclusive Washington D.C. suburb in 1888. The suburban development included areas dedicated to art and culture, but reports of a malaria outbreak tarnished the area's reputation and the development stalled until the early 1900s. Thanks to the local railway, the former development opened as the Glen Echo Amusement Park in 1911. The park was segregated until 1961 due to the efforts of activists who protested segregation the previous summer. In that summer, African Americans joined with progressive whites to call for an end to the exclusion of people of color from the amusement park and crystal pool. The former park is now owned by the National Park Service and the site includes the 1921 Dentzel Carousel which was at the center of one of the 1960 civil rights demonstrations. The National Park Service now owns the property which is home to numerous arts organizations, studios, educational programs, and a children's theater program. 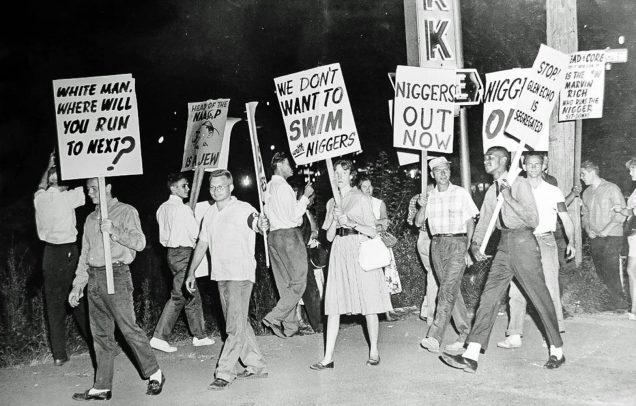 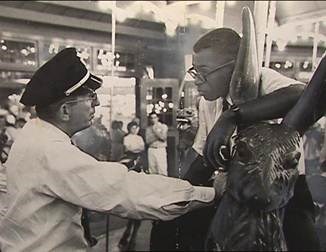 Protesters for desegregation of the park, 1960, Washington Post (reproduced under Fair Use) 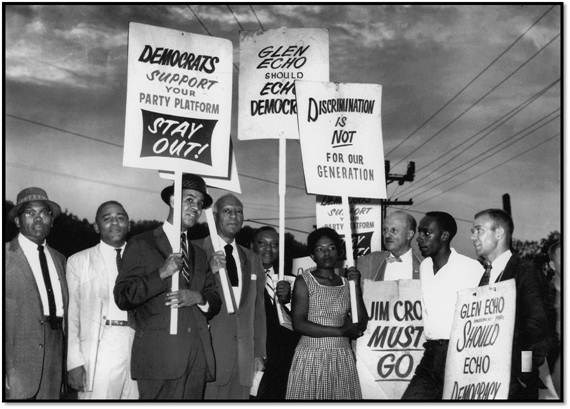 Dion Diamond, who became a freedom rider after the protests riding the carousel, 2010, Washington Post (reproduced under Fair Use) 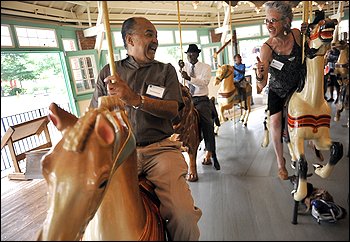 The park today, RoadTrippers (reproduced under Fair Use) 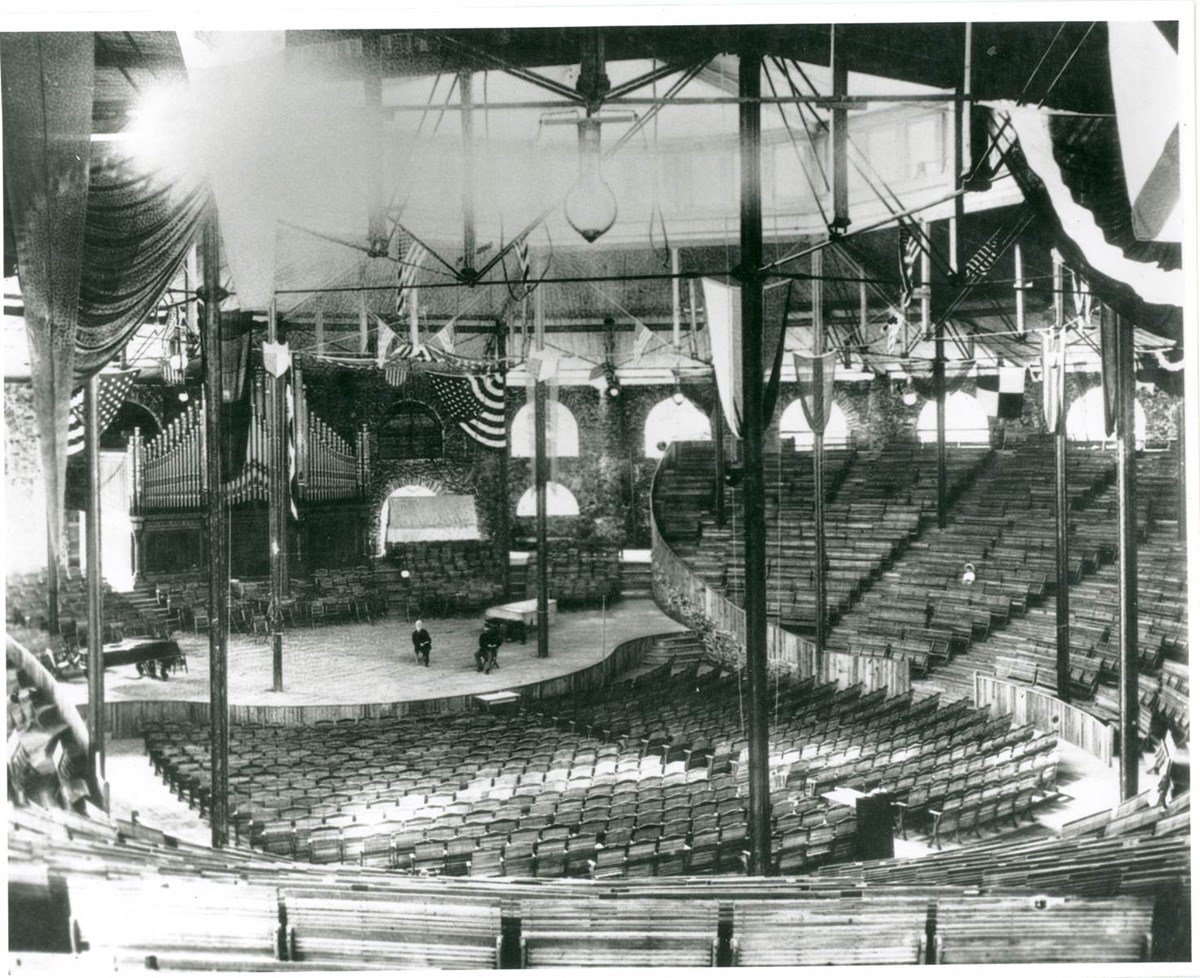 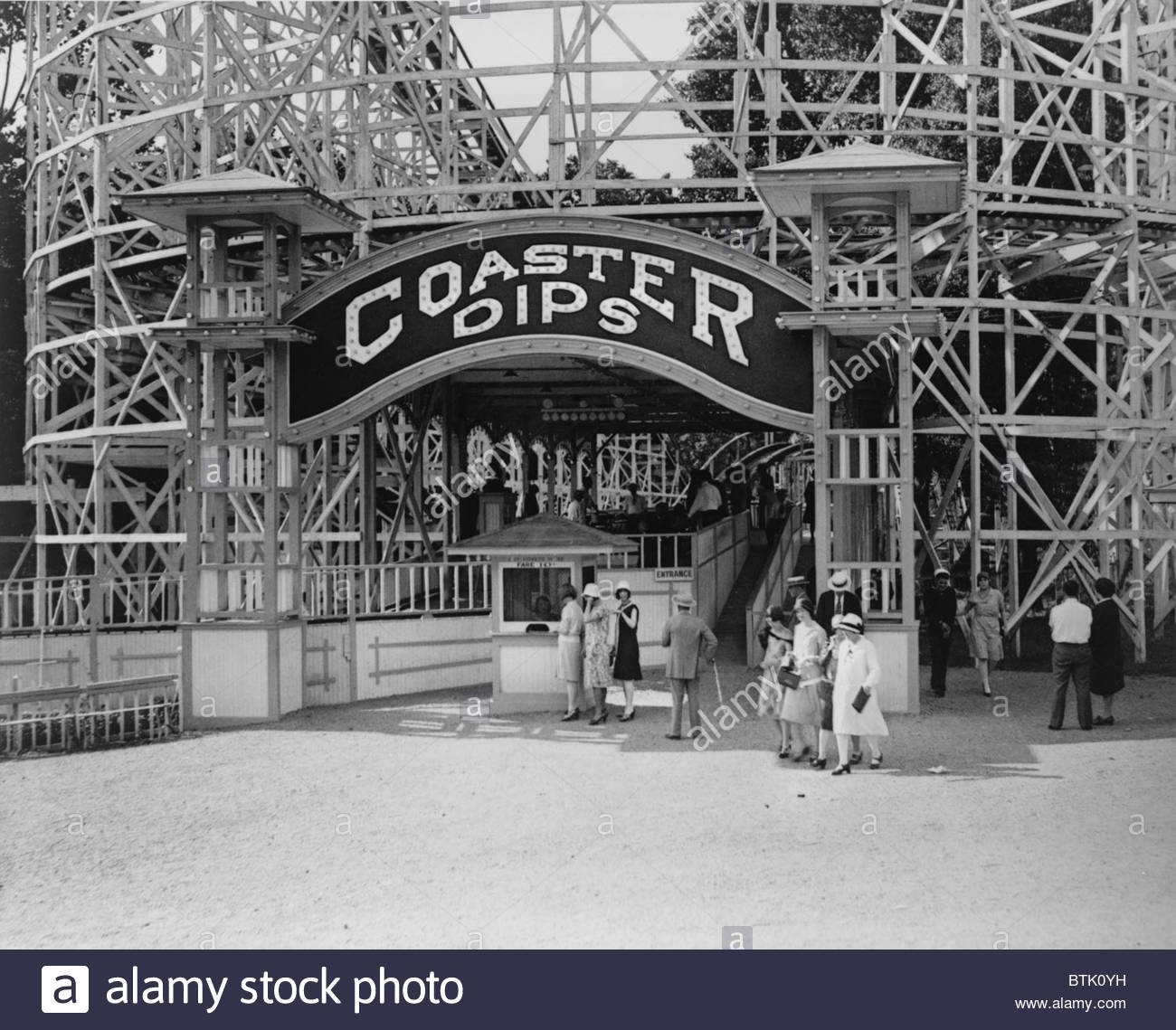 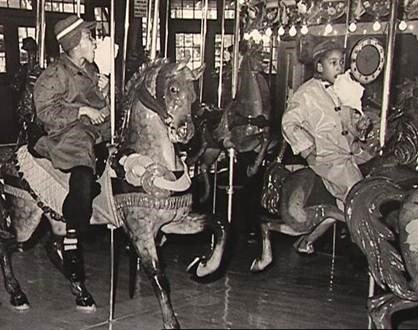 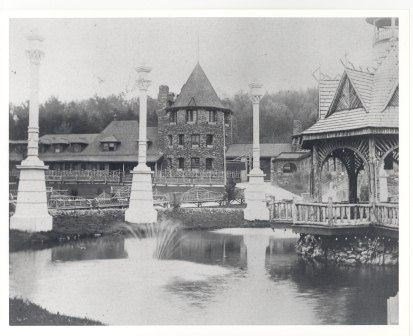 Edwin and Edward Baltzley were twin brothers in the 19th century. Edwin patented a new design for an egg beater which led to a small fortune. The brothers developed a plan for the ideal suburb outside of the nation's capital they hoped would be not only profitable but full of art and culture. Their suburb included a cafe-resort area that they called Glen Echo. They also partnered with the Chautauqua Assembly to create a place for a summer institute for learning which included an amphitheater and other buildings.

During this time period, the railway connecting Glen Echo to Washington D.C. was also built. The institute was only running for one year when rumors spread the death of a professor had been due to malaria. The reputation of Glen Echo suffered leading to its closure and sale in 1903. In 1903 the area was home to a small amusement park which expanded in 1907 thanks to manager William Shaw who brought in more and larger rides. The park remained under his management until 1911.

In 1911, the Washington Railway and Electric Company wanted to increase riders on the Glen Echo portion of their railway. The company bought the park and created a much larger amusement park that would be the premier place of summer entertainment for many D.C. area families. However, from opening day until the "Summer of Change" in 1960, the park was only open to whites.

As schools began to desegregate in the 1950s, the suburb remained mostly white and the small number of Black children could not use any of the neighborhood pools. Glen Echo Amusement Park was home to the Crystal Pool which was only open to whites. Area residents who opposed segregation pointed out that the pool was financed with public funds. With help from Howard University students, residents participated in protests and vowed to not stop picketing the park until it was open to all. Protesters in the 1960 "Summer of Change" included Gwendolyn T. Britt who would later become a Maryland State Senator.

The park suffered declining patronage and was not well-maintained in the mid-1960s. A combination of a riot and safety concerns led to the park's closure in 1968. The land was later sold and eventually was acquired by the National Park Service and is home to a variety of arts and cultural organizations.

Park Grounds: Daily from 6 am to 1 am (Following Day) Dentzel Carousel Hours Vary throughout the year, visit the following site for accurate hours. www.glenechopark.org/dentzel-carousel