The Cotton Belt Depot was built in 1905 and was used passenger service until 1956. 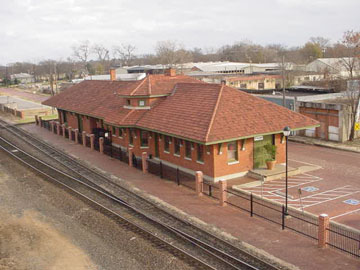