Near this historic marker stood a large elm tree where residents of Boston held numerous public meetings throughout the mid-18th century. On August 14, 1765, opponents of the Crown's recent taxes affixed threatening messages and hung an effigy of Andrew Oliver, the newly appointed tax collector for the royal government. Those who opposed the Stamp Tax and other British policies increasingly used the tree as the site of their protests. In the years that followed, more colonists began to call for political independence from Britain and they began to refer to this elm as the Liberty Tree. As more meetings and protests were held near this tree, the elm became a symbol of resistance and rebellion. Because the opponents of the Crown referred to the elm as "The Liberty Tree," supporters of the British Crown targeted the tree during the siege of Boston in August, 1775. Loyalists cut the tree down, but the site remained important to the patriot cause and continued to be a site of pro-independence rallies. The location of the former tree is commemorated by a plaque on the side of the building and a bas relief sculpture

Artist's rendition of one of the meetings at the Liberty Tree 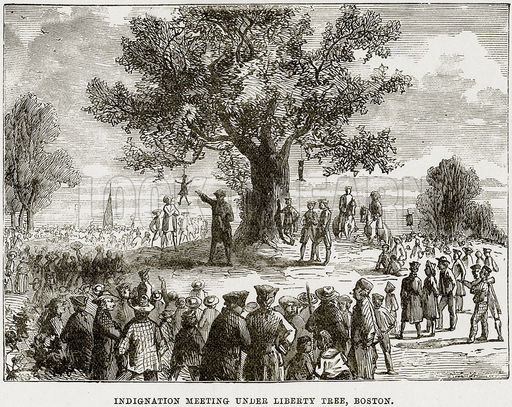 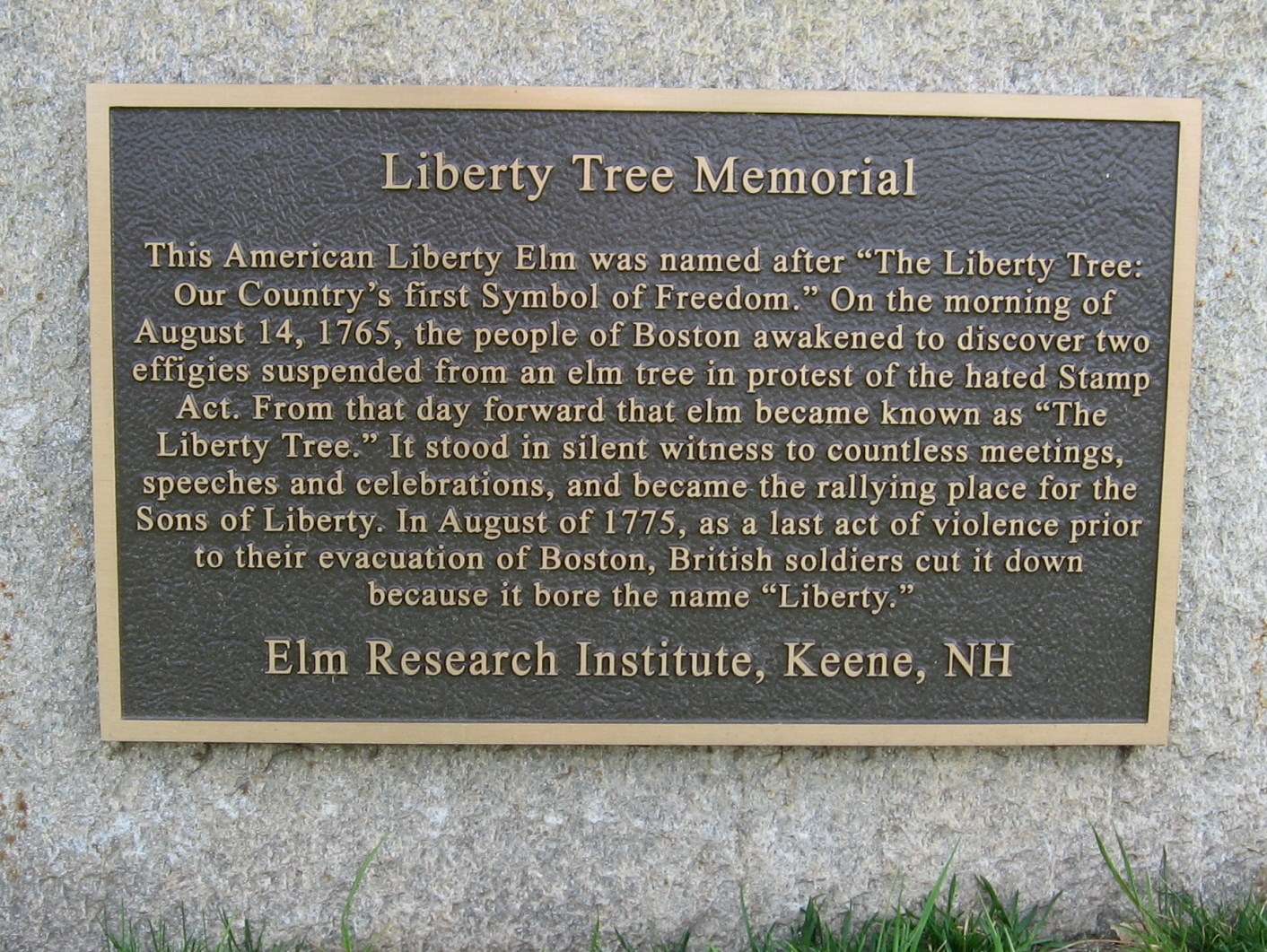 The Liberty Tree was located at the site of this building, which includes a plaque as well as a bas relief image of the tree. 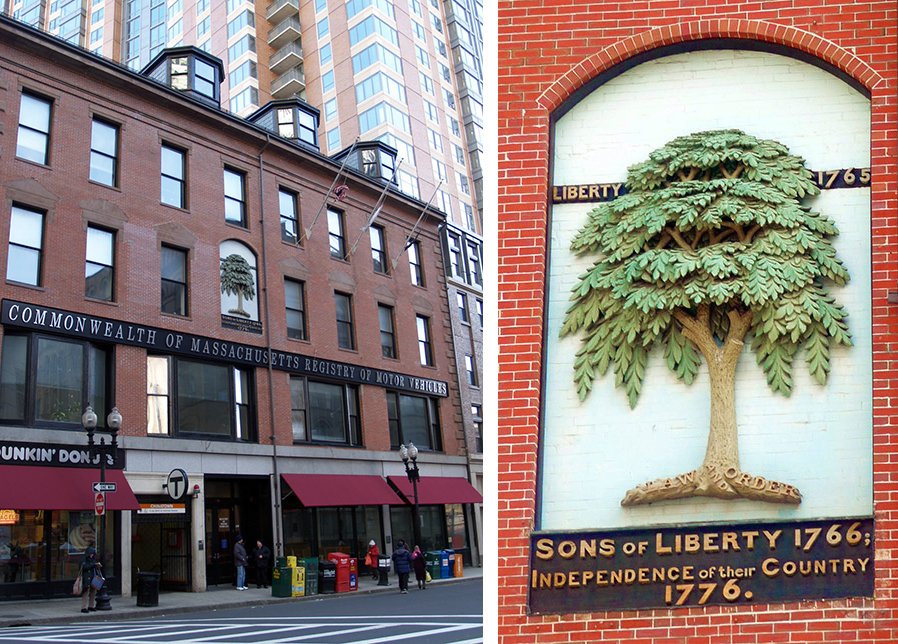 The Liberty Tree was likely a century old when it became the center of the 1765 protest against the Stamp Tax. British officials attempted to remove the effigy, but were dissuaded by the crowd amidst threats of violence. At first, violence was only directed against property as a crowd gathered at this tree decided to visit the office and home of Andrew Oliver. After learning that the mob had completely dissembled the tax office and also destroyed his home, Oliver announced that he would no longer serve as a tax collector.

After dissuading Oliver (and just about anyone else) from collecting taxes in Boston, and after several other meetings, someone affixed a sign to the elm bearing the words "The Tree of Liberty." The sign appeared on September 11, 1765 and word soon spread throughout the colonies, inspiring other opponents of the Stamp Act to designate a "Liberty Tree" in their own community.

By 1770, the tree had become more than a meeting place and a symbol for the colonists- it had become a symbol of colonial ingratitude in Britain. The tree and its meetings were mentioned frequently in London newspapers, and many remarked that it should be removed as a lesson to the colonists. This is precisely what occurred in 1765 when British troops aided by Loyalists in Boston took their revenge upon the elm tree.

Cambridge August 31 – The Enemies to Liberty and America, headed by Tom Gage, lately gave a notable Specimen of their Hatred of the very Name of Liberty. A Party of them, of whom one Job Williams was the Ringleader, a few Days since, repaired to a Tree at the South End of Boston, known by the Name of Liberty Tree, and, armed with Axes, etc. made a furious Attack upon it. After a long Spell of laughing and grinning, sweating, swearing and foaming, with Malice diabolical, they cut down a Tree because it bore the Name of Liberty.- New-England Chronicle1