The Beekman Arms & Delamater Inn is known as the oldest operating inn in America. Located in historic Rhinebeck, New York (incorporated in 1834 but settled by the Dutch in the late 1600s) the Beekman Arms began as the Traphagen Tavern and opened at its current location in 1766. Towards the end of the American Revolution, the tavern then known as the Bogardus Tavern, supposedly hosted such historical leaders such as Benedict Arnold, George Washington, and Alexander Hamilton. During the 1804 gubernatorial election in New York, General Morgan Lewis had his campaign headquartered at the inn, now called Potter's Tavern. The tavern remained largely as is until a major renovation in 1918. During his lifetime and presidency, President Franklin D. Roosevelt, from nearby Hyde Park, would frequent the tavern at the Beekman Arms and delivered campaign stumps there. In the 1980s, owner Charles LaForge purchased the nearby Delamater Inn and incorporated it with the Beekman Arms. 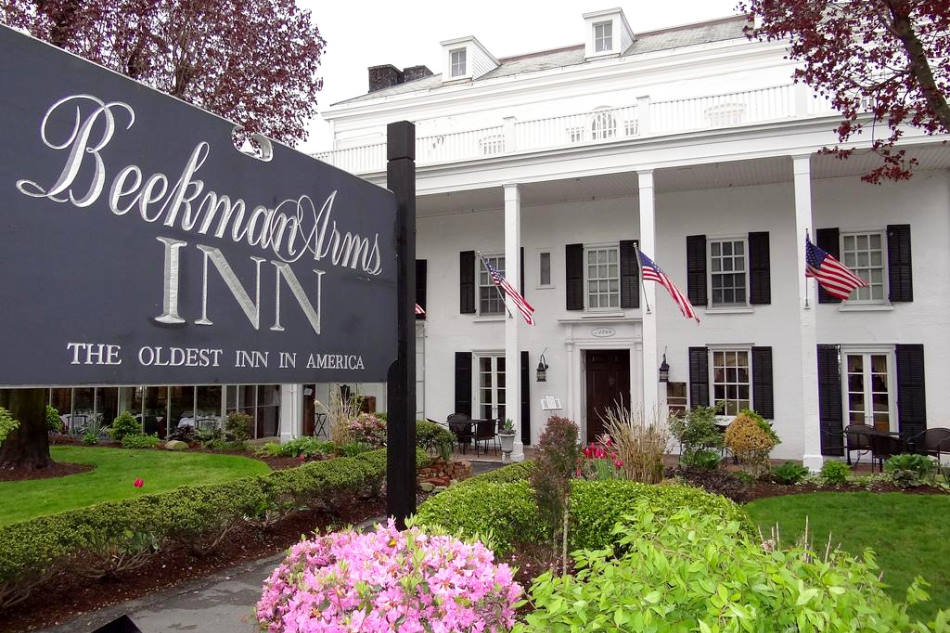 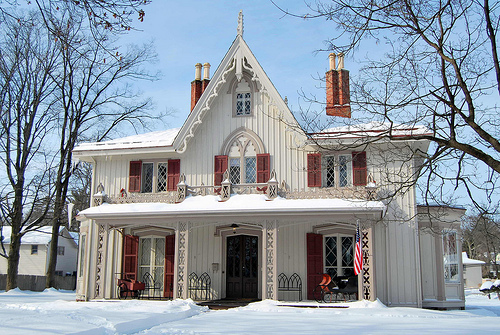 The Tavern Inside the Beekman Arms 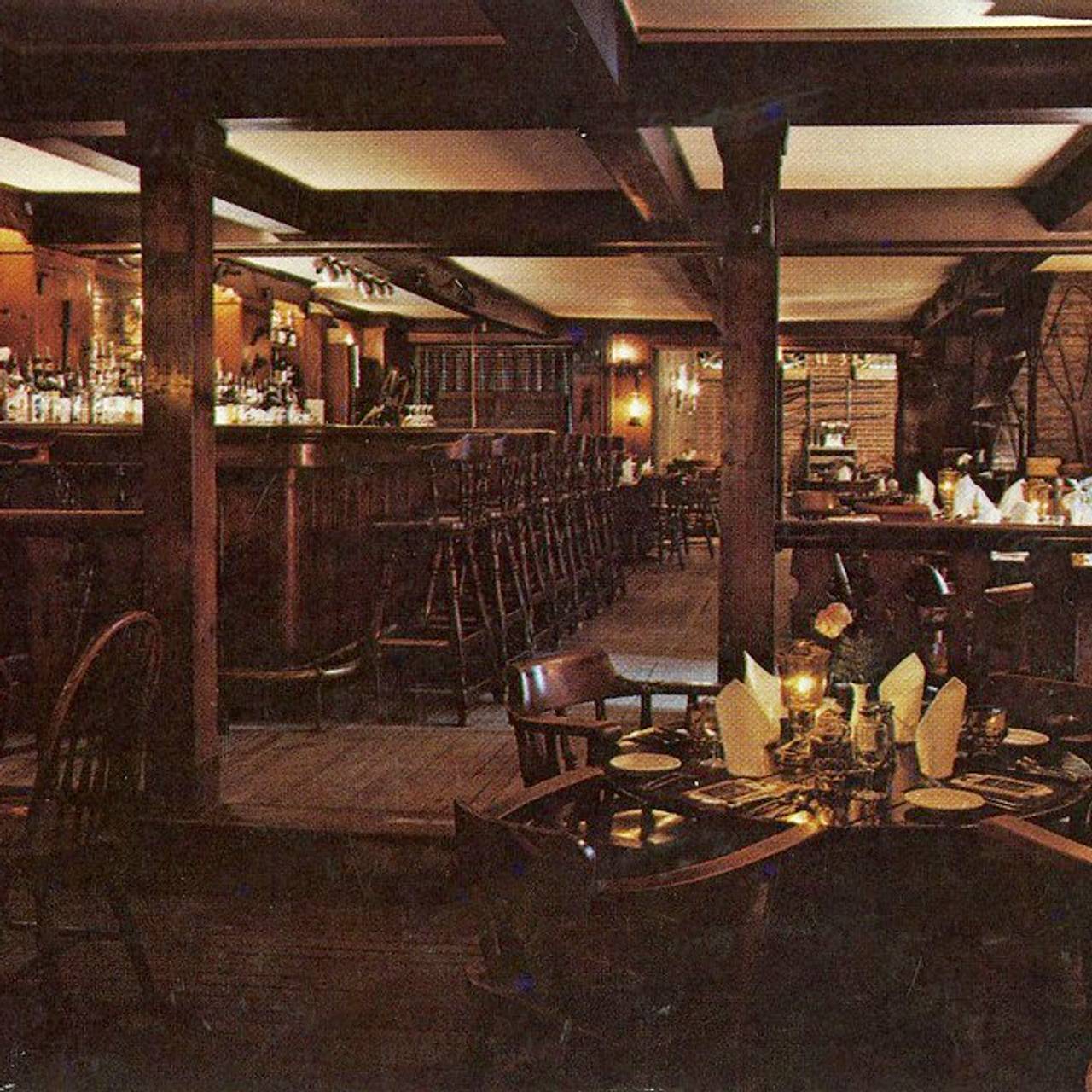 The Beekman Arms decorated for Christmas 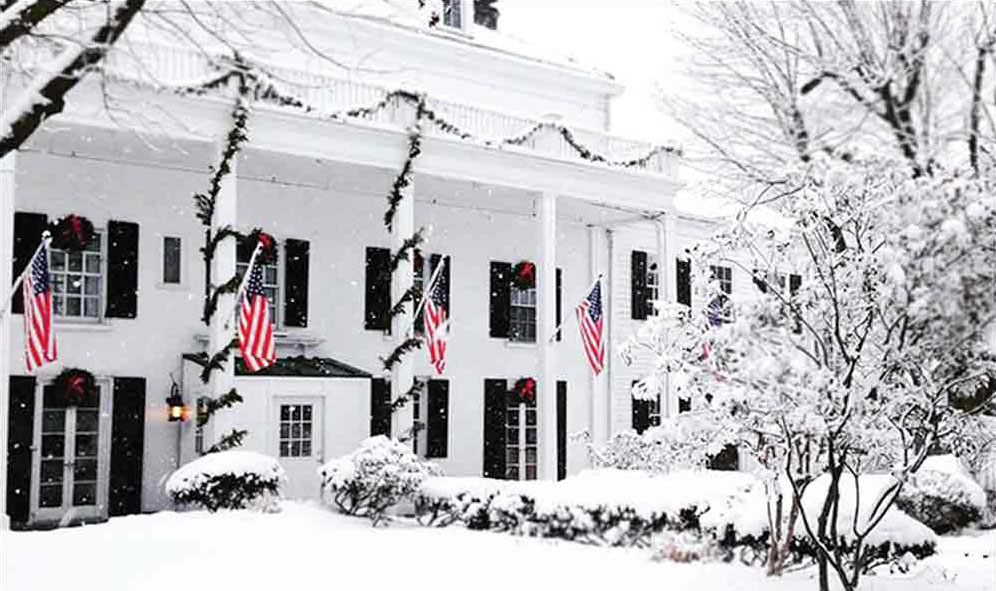 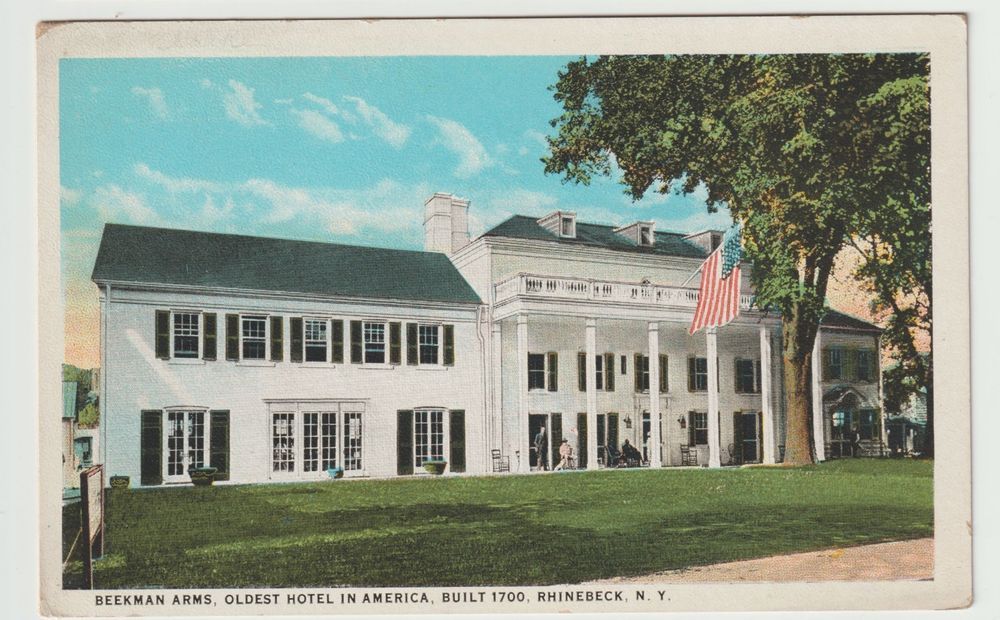 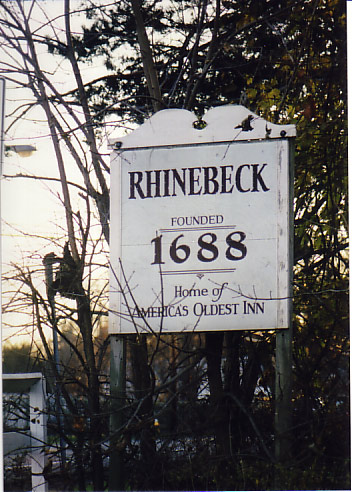 In 1704, William Traphagen established the Traphagen Tavern in the then settlement of Ryn Beck, inhabited by the Sepasco Indians but settled by the Dutch in the 1680s. 62 years later in 1766, the Beekman Arms was added to the tavern and remains in operation today, making it the oldest inn in America. The Beekman Arms was named after the prominent Beekman family, one of the original British Crown land owners in the Hudson Valley.

Towards the latter part of the 18th century, the tavern was called the Bogardus Tavern and served as a host during the Revolutionary War. The Fourth Regiment of the Continental Army would rehearse drills on the lawn and when the British burned the then capital of New York, Kingston, located across the bridge, local townspeople retreated to the inn. According to local legend, Benedict Arnold, George Washington, and Alexander Hamilton all socialized at the Bogardus Tavern during the Revolutionary War. In 1804 during the intense gubernatorial race in New York, both candidates, Aaron Burr and General Morgan Lewis, had headquarters in close proximity to one another in Rhinebeck. Burr was at the Kip Tavern and Lewis the Bogardus Tavern. Just a few months prior, Burr had killed Lewis's close friend, Alexander Hamilton, in a duel that was said to have begun at the tavern.

Throughout the 1800s as the town of Rhinebeck continued to grow in number and importance, the tavern became host to more and more important events such as lodge meetings, auctions, and religious services. Politician William Jennings Bryan spoke to a large number of curious onlookers from a second-story window and famed newspaper journalist Horace Greeley frequently stayed at the inn and composed articles. In 1888, presidential candidate Benjamin Harrison was at the inn when he received word the party convention nominated him to run for the presidency. Rhinebeck was called the Parlor of Dutchess County during this period due to the grandiose estates families such as the Astors built and the hospitality the quaint village offered.

In 1918, owner Tracy Dows embarked the inn upon its first major renovation since its opening in 1766, including the addition of a grand ballroom. His son, the artist and muralist Olin Dows, had a friend from Harvard named Thomas Woolfe who spent a prolonged amount of time at the inn where his 1935 novel Of Time and the River was born. Franklin D. Roosevelt was also known to stop in at the tavern in Beekman Arms from time to time and concluded each of his four presidential campaigns on the front porch of the Beekman Arms.

In 1958, a new owner, Charles LaForge, took over the Beekman Arms and became the longest running owner in the history of the inn. He added the greenhouse to the front of the ballroom in the 1980s and purchased and renovated the nearby Delamater Inn. Since the 1918 renovation, few changes have been made to the structure of the Beekman Arms that dates back to the 18th century. In the foyer, guests of the inn and tavern are warmed by a fire just as visitors who came to socialize and stay were in the 1760s. As a member of the Historic Hotels of America, the Beekman Arms and Delamater Inn remains a treasure in one of the most picturesque and historical New York towns.