The Fort was built by the British Army and Canadian militia troops to defend the settlement from the threat of a military attack from the newly independent United States. 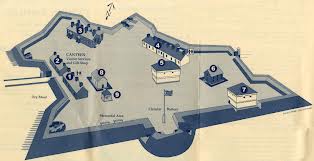 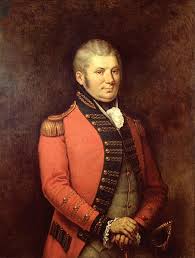 Fort York was built on the North Shore of Lake Ontario. Governor Simcoe recognized Toronto was ideal for settlement and defense because of its natural harbor and distance from the United States. Fort York is constructed to guard the western entrance to the bay.

The original Fort York was destroyed in the Battle of York and today's Fort York was built mostly by the Royal Engineers following the War of 1812. This was made necessary when the United States Army and naval forces attacked the fort from Lake Ontario. As the British abandoned the fort they set the powder magazine to explode, killing or wounding several hundred U.S. Soldiers.

The U.S. destroyed what was left of the fort and burned much of the settlement including the Parliament buildings. After more U.S. raids that summer the British returned to York and rebuilt the fortifications that are standing today.

The British Army occupied the fort from 1793 to the 1850s before turning it over to Canada, who used it until 1932. The city of Toronto owns the fort now.

Located in the southwest of Fort York you will find the Fort York Armory occupied by Canadian Forces. The building is a training facility for Canadian Forces Reservists. The armory was built in 1933 and boasts the largest lattice wood arched roof in Canada.