Delicias de la Doña food truck in Wichita, is emblematic of the several food trucks that exist all across the United states. The idea of food trucks is a common staple and form of currency in Latino neighborhoods. The tradition of Mexican immigrants selling their hometown dishes out of something perched on four wheels goes back way further than most people think. Historically before the rise of food trucks, the staple of Mexican cuisine, the tamale, was responsible for increasing fascination with using tortillas as a culinary vessel. From the 1870’s until the 1940’s, the tamale was the street delicacy of choice, whether you were in New York or Chicago, San Francisco or LA. 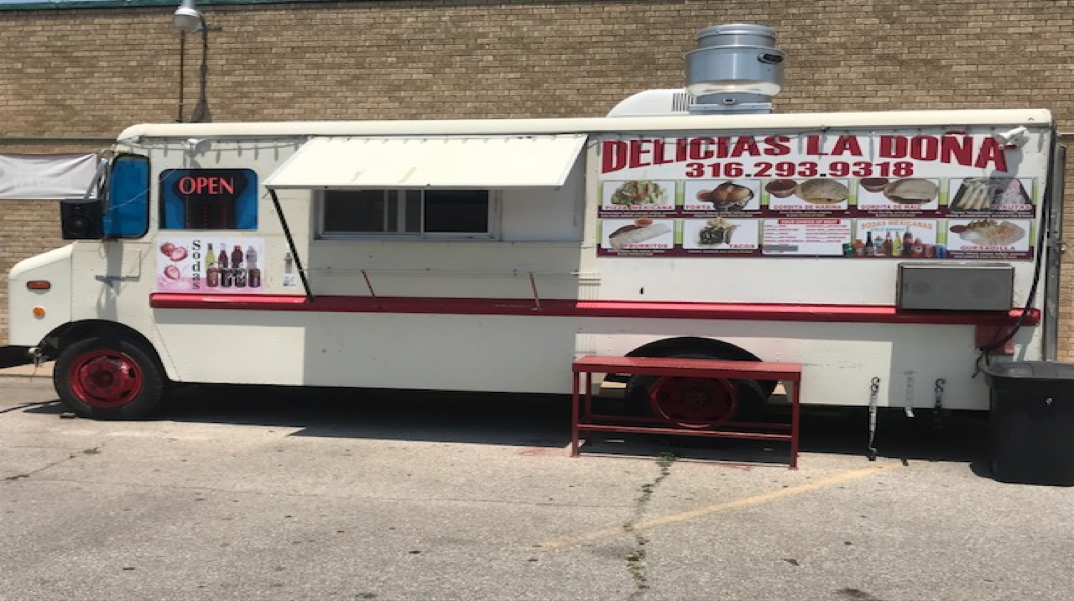 In Los Angeles, tamales were so famous, sellers used 8-foot wagons to seel tamales, goat stews, tacos and so forth. Today, the food truck business is a $1.2 billion industry in the United States and it is growing.

More than a century ago, thousands of Mexican immigrants when to Wichita to find work and seek better lives. There is something special about visiting Wichita. This tour is dedicated to the memory of the courageous Latino immigrants who left their homeland in the early years of the 20th century to settle to Wichita, Kansas. Their momentous journeys made it possible for a thriving Latino neighborhood to exist today. In spite of poverty, severe ethnic and racial discrimination, Latinos persevered. For that, they deserve to be remembered and this tour is dedicated to them in the hope that it will serve as a permanent record of the neighborhood they loved and eventually called home.