The Church of The Good Shepherd was established just nine years after the city of Beverly Hills was incorporated and is the oldest church sanctuary in the city. The congregation was founded in 1923 and this Mission Revival Style church was dedicated by John Joseph Cantwell on February 1, 1925. The original stained glass windows that depict numerous saints were shipped to California from France, Germany, the British Islands, and other states. The Church of The Good Shepherd has been the venue for numerous Hollywood events. Bing Crosby was a regular worshiper, stars such as Elizabeth Taylor and Mark Wahlberg married here, and the funerals of Rudolph Valentino, Gary Cooper, Alfred Hitchcock, Rita Hayworth, and Frank Sinatra took place at the Church of The Good Shepherd. The Church was also the setting of a scene in Judy Garland's "A Star is Born" (1954). The parish continues to serve the needs of Catholic parishioners in Beverly Hills and welcomes visitors.

Church of The Good Shepherd in Beverly Hills 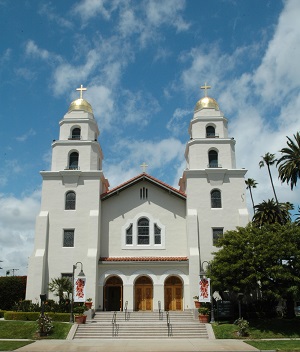 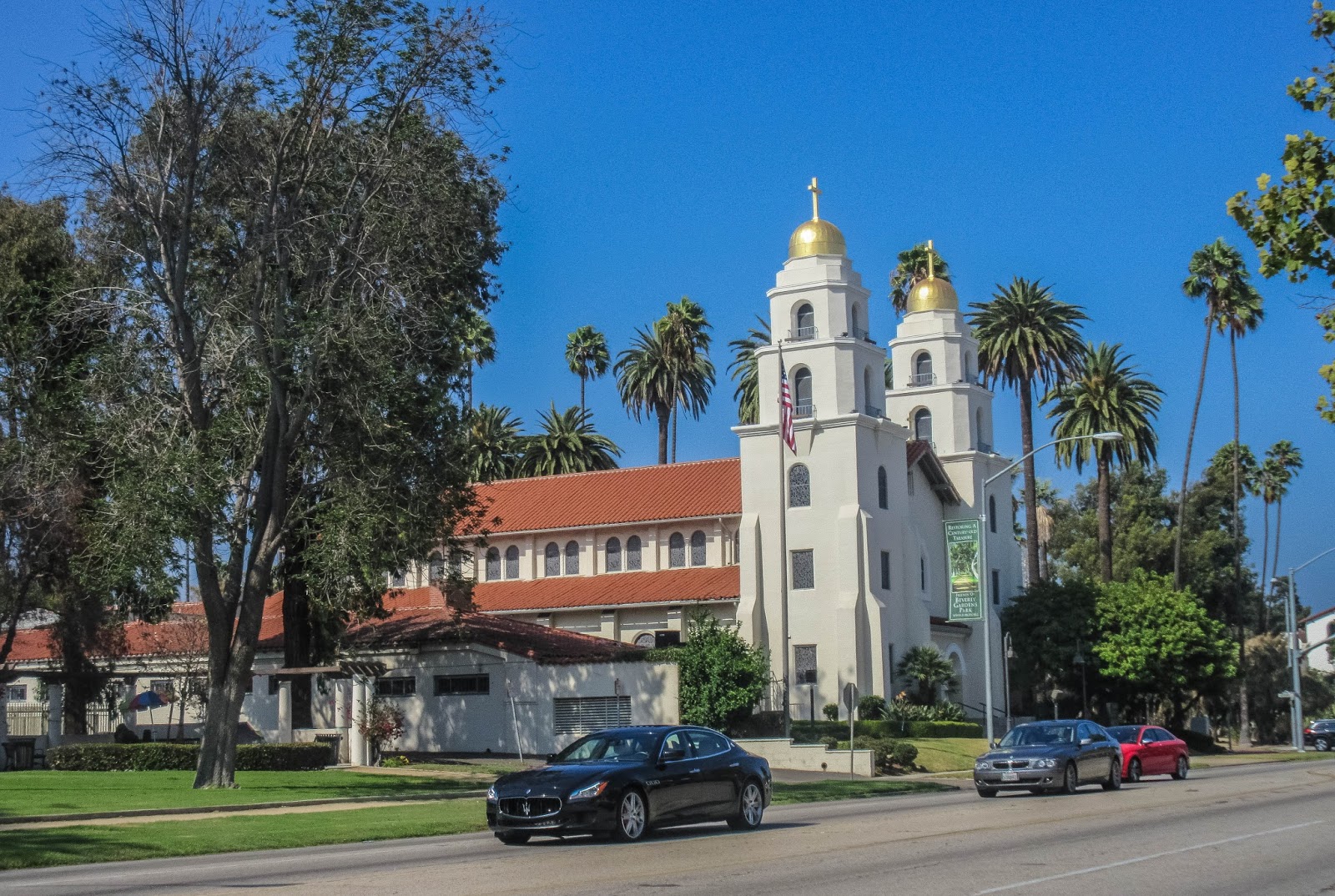 Elizabeth Taylor and Conrad Hilton, Jr. after their wedding at Church of The Good Shepherd on May 6, 1950 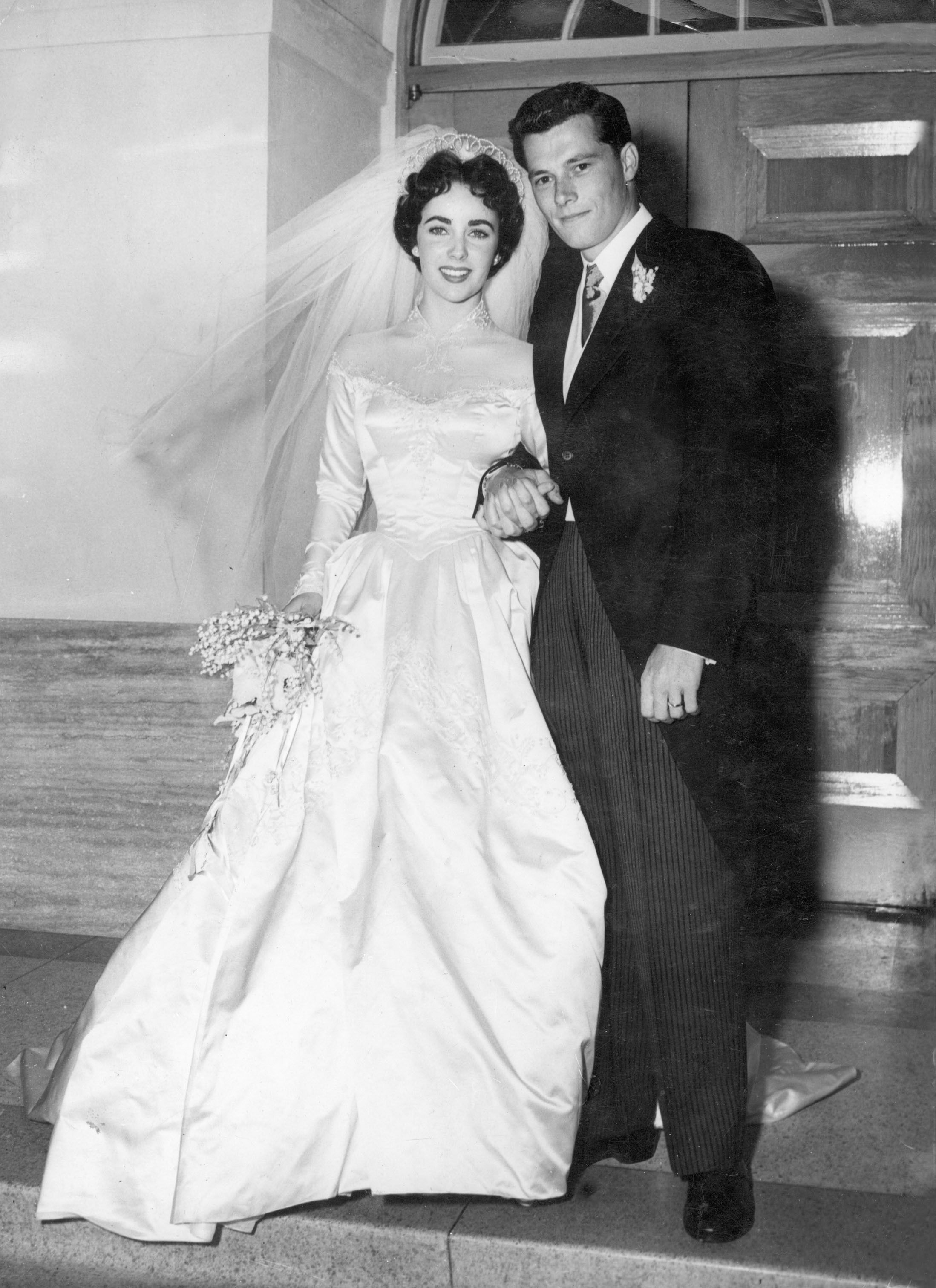 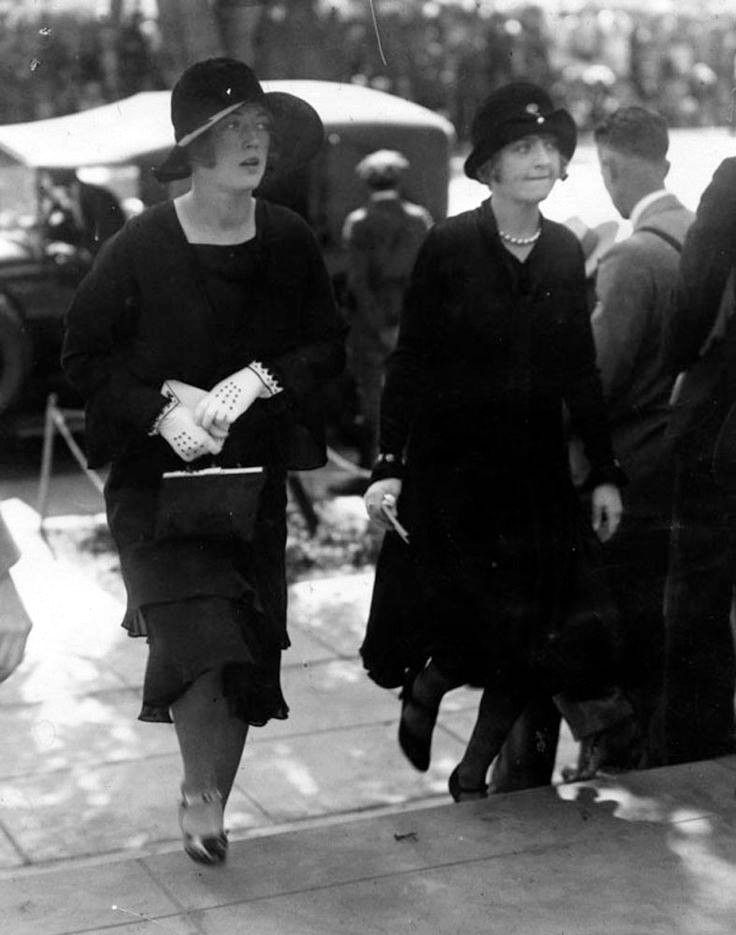 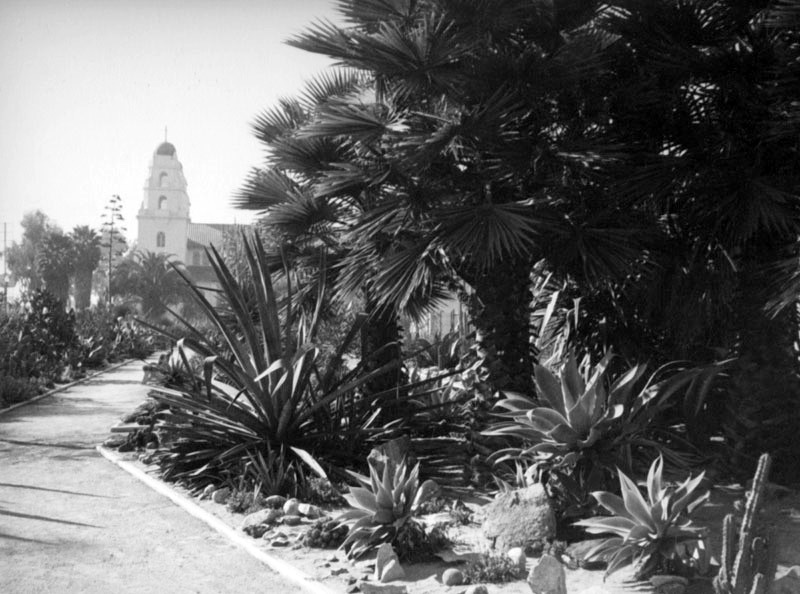 Close-up of the exterior of Church of The Good Shepherd ca. 1937 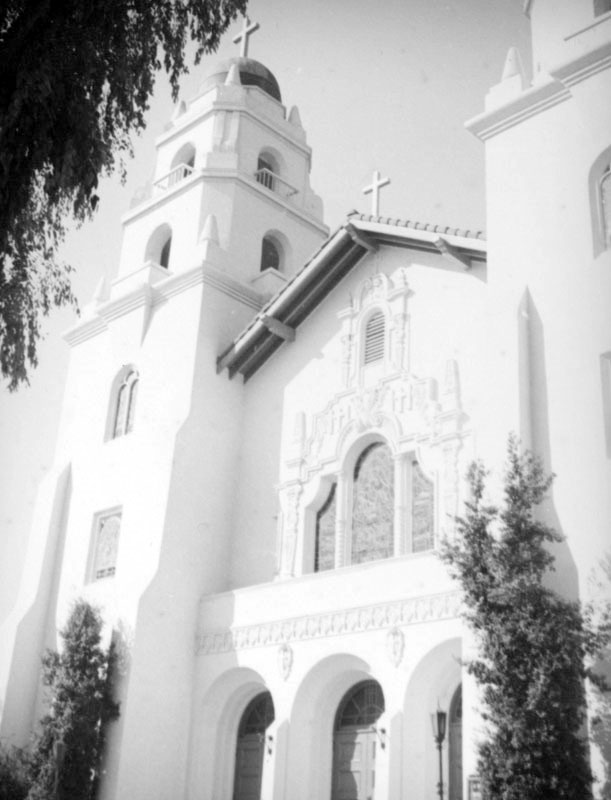 The Church of The Good Shepherd Catholic Church in Beverly Hills was founded in 1923, just nine years after the incorporation of the city. When it was founded on December 12th of that year, Beverly Hills was a small, agricultural town not yet known for housing the rich and famous. In that year alone, the newly-established Los Angeles Diocese founded eighteen parishes in the area, making it the busiest year for the Diocese. It was the Bishop John J. Cantwell who designated the location of the new church, on the corner of Santa Monica Boulevard and Bedford Drive. Cantwell appointed Father Michael J. Mullins as pastor and requested he create a Catholic Motion Picture Guild in anticipation of the growth of the film industry. Over time, the Guild and parish would host members such as Jackie Coogan, Jane Wyman, Danny Thomas, Loretta Young, Gene Kelly, Rosalind Russell, and Bob Newhart.

As the church on North Roxbury was being built, the first Mass was held in the nearby Windemere Apartments before moving to a location on Camden Dr. and finally to the Beverly Hills Hotel. Construction began on the Mission Revival Style church designed by J.J. Donnellan in 1924 and was completed a year later. On February 1, 1925 Bishop Cantwell dedicated the stucco structure parish. The church remained as is until a 1959 renovation overseen by Msgr. Daniel F. Sullivan when a main altar and two side altars made of marble were installed. The altars contained the relics of the two saints, Felicitas and Perpetua, and the patroness of the Los Angeles Diocese, St. Vibiana. In 1930, the Good Shepherd Parish School opened, and as of 2018, the school remains the only Catholic school in Beverly Hills.

Being located in Beverly Hills, the Church of the Good Shepherd has seen its fair share of famous figures enter through the church doors. One notable visit occurred during the tenure of Msgr. Sullivan in 1961 when President John F. Kennedy attended Mass. Msgr. Sullivan recalled that before the president came, the Secret Service surveyed the church, chose the pew the president would sit, and installed a phone in a room off the vestibule that could receive any emergency calls from Washington.

In 1950, in what would be known as the "Wedding of the Year," Elizabeth Taylor wed her first husband, Conrad Hilton, Jr. at the Church of The Good Shepherd. Another famous wedding to take place here was between Rod Stewart and Rachel Hunter. Both marriages were short-lived. Funerals held here for stars included: Rudolph Valentino (1926), Gary Cooper (1961), William Frawley (1965), Alfred Hitchcock (1980), Danny Thomas (1991), Eva Gabor (1995), Frank Sinatra (1998), and Zsa Zsa Gabor (2016). The Church of The Good Shepherd is open during the day for visitors to come in, look, pray, or light a candle. Since its opening in 1925, the Church of The Good Shepherd has maintained its prominent historical stature in Beverly Hills.