During the first navigation of the Hudson River, early Dutch settlers discovered Pollepel Island. It wasn&#039;t until 1900 the island became intriguing to a Francis Bannerman. He purchased the island in November of that year because of his surplus business that continued to grow, he would use the island as a storage facility. Bannerman had thirty million surplus munitions cartridges to store and his storeroom in New York City simply wasn&#039;t big enough. Straight away he began designing the buildings for an arsenal on Pollepel, in Spring of 1901 the building began. While the other buildings on the island were used for the army surplus, Bannerman built himself his own castle as a residence. It was smaller and sat on top of the island. He would take different items from his surplus collection and decorate his castle with them. The castle was clearly visible from the shore of the river and basically advertised his business, he had cast "Bannerman&#039;s Island Arsenal" into the wall facing the shore. Bannerman died in 1918, before all of the construction was finished. A decent part of the complex was destroyed in August of 1920 when, in an ancillary structure, 200 tons of shells and powder exploded. The state and federal legislation caused Bannerman&#039;s company&#039;s sales of military weapons to civilians to decline. In a storm in 1950, the ferryboat Pollepel sank. It had served the island and without it, the island became basically vacant. After the old military merchandise had been removed in 1967, New York State bought the island and the buildings. Tours began in 1968. A fire destroyed the roofs and floors of the Arsenal in 1969, and the island was placed off-limits to the public. Currently owned by the New York State Office of Parks, Recreation and Historic Preservation, the castle is standing, but is mostly in ruins. The internal floors and non-structural walls have burned down. Over the years the castle has been vandalized, trespassed upon, neglected, and has decayed. High tide of the river has also presented a danger and a problem to the castle. Although the castle is easily visible to riders of different railroads and Amtrak, thanks to the Bannerman&#039;s Castle Trust, on-island guided hard hat tours have been made available recently. Bannerman&#039;s Castle has been mentioned various times throughout literature. It has been used as a vampire covens and training grounds in The Vampire Journals series, entitled Turned by Morgan Rice. It was mentioned in DC Comics&#039; "Nightwing" series, but is called the Hammer Armory instead. In August of 2006, the book "Bannerman Castle" was published through Arcadia Press, by the authors Barbara Gottlock and Thom Johnson. Included are almost 200 vintage photographs, and text documents the island&#039;s growth and decline. 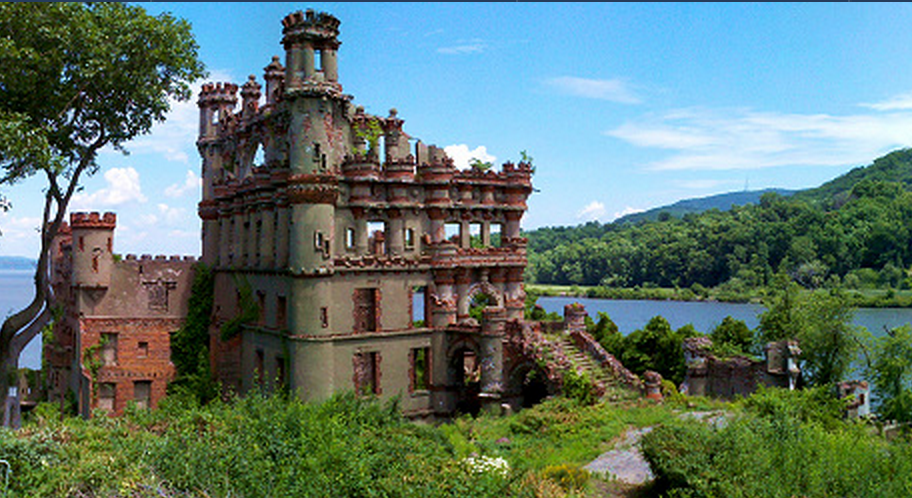