This is the location of the former Seattle Ice Arena, constructed in 1915 and home to the Seattle Metropolitans, the first American hockey team to win the Stanley Cup. The team defeated the Montreal Canadians at this location in a best of five series to win the Stanley Cup in 1917. The arena was a state-of-the-art facility for its day, with artificially-cooled ice and plush opera style seating for four thousand. The arena was built at what was then a staggering sum of around $100,000 with money from the family logging business of Canadian brothers Frank and Lester Patrick. The Patrick brothers were instrumental in taking hockey from an outdoor sport played on frozen ponds to a spectator sport with a downtown hockey rink. However, the arena closed in 1924 when hockey fans had all but abandoned the struggling team. The walls of the vast structure remained in place and the interior was later redesigned to hold automobiles. The former arena served as a parking garage in downtown Seattle until 1963 when the structure was demolished to create space for the construction of Seattle's IBM Building. 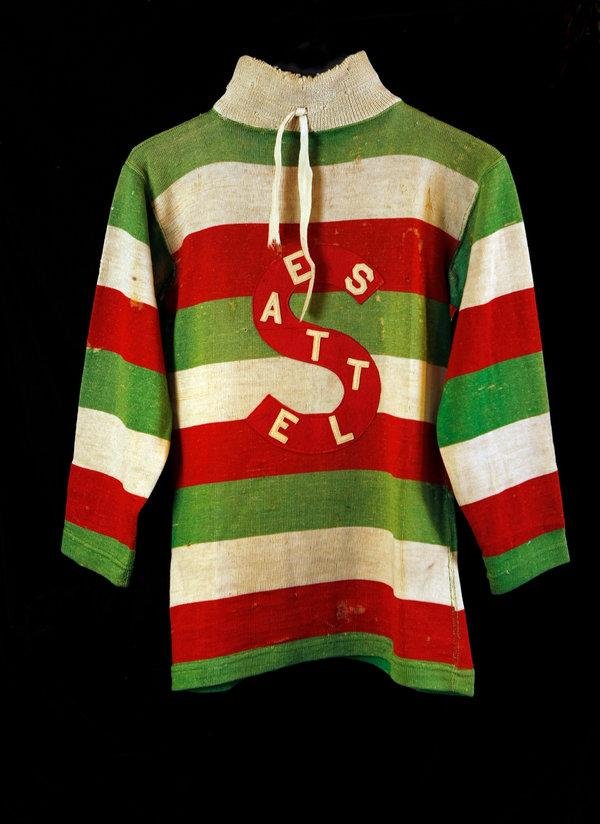 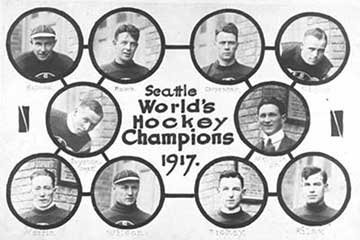 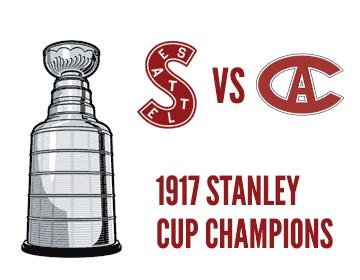 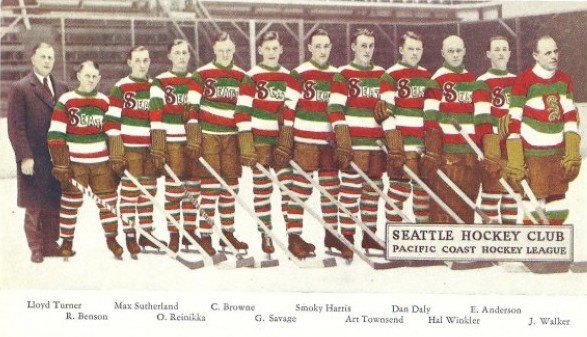 In 1912, former hockey players Frank and Lester Patrick formed The Pacific Coast Hockey League in British Columbia with four teams- two from the United States (Seattle and Portland) and two from Canada (Vancouver, Victoria). Financing for the league came from the family's logging business. The brothers were able to attract some of the top hockey players, including several stars from the National Hockey Association.

The Metropolitans of Seattle became the first American hockey team to win a Stanley Cup. At this Seattle ice rink on March 26, 1917 the Mets defeated the Montreal Canadians 9-1 to win the Cup which had only been won by Canadian teams in its twenty-five year history. The defending champions from Montreal were stunned by the lopsided defeat, something that was so unexpected that the team had not bothered to bring the cup to Seattle. A crowd of about 3,500 fans cheered the team on to the one historic win, but the Stanley Cup would never return to Seattle.

The Mets came close to another title win in 1919. In that year, the championship came down to a five-game series between Seattle and Montreal. The two teams were tied at two games each when the flu epidemic that killed millions worldwide led to the decision to cancel the series. That year, no championship was awarded as the flu claimed hundreds of thousands of American lives, including the life of one of the Montreal team members, Joe Hall, one of Canada’s best players. The 1919 series remains the only time the Cup was not presented to a team.

In 1920, the Seattle Mets had another chance to claim the Cup against the Ottawa Senators. The Senators won the best-of-five series, 3-2. Despite the team's success, the team struggled to balance expenses, especially as the team became less competitive and the smaller fan base in Seattle even smaller. Financial challenges led to the owners' decision to cancel their lease on the building and the Seattle Metropolitans ended the 1923-1924 season with a 14-16 record.

Gierasimczuk, Tom.  “How a Hockey Team in Seattle, of All Places, Changed Hockey Forever.” The New York Times. March 27, 2017. Accessed on July 23, 2018 from https://www.nytimes.com/2017/03/27/sports/hockey/seattle-metropolitans-stanley-cup-seattle-ice-arena.html