In the small plaza at the front of the Keen Johnson building on Eastern Kentucky University's campus in Richmond, Kentucky stands a large statue of famed folklore hero, Daniel Boone - now green with age. However, one spot on Boone's statue reminds a bright bronze gold, the "toe" of his left shoe. Since the statue's debut in front of the Keen Johnson building in 1967, faculty, current students, and alumni alike have rubbed Boone's toe as a means to obtain good luck - some even making wishes when rubbing the statue. 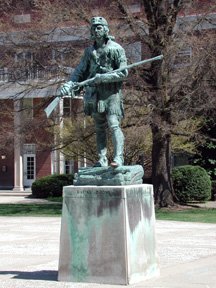 Freshman girl kissing the butt of the Daniel Boone statue during rat court, a hazing of freshman, 1969. EKU Photo Collection. 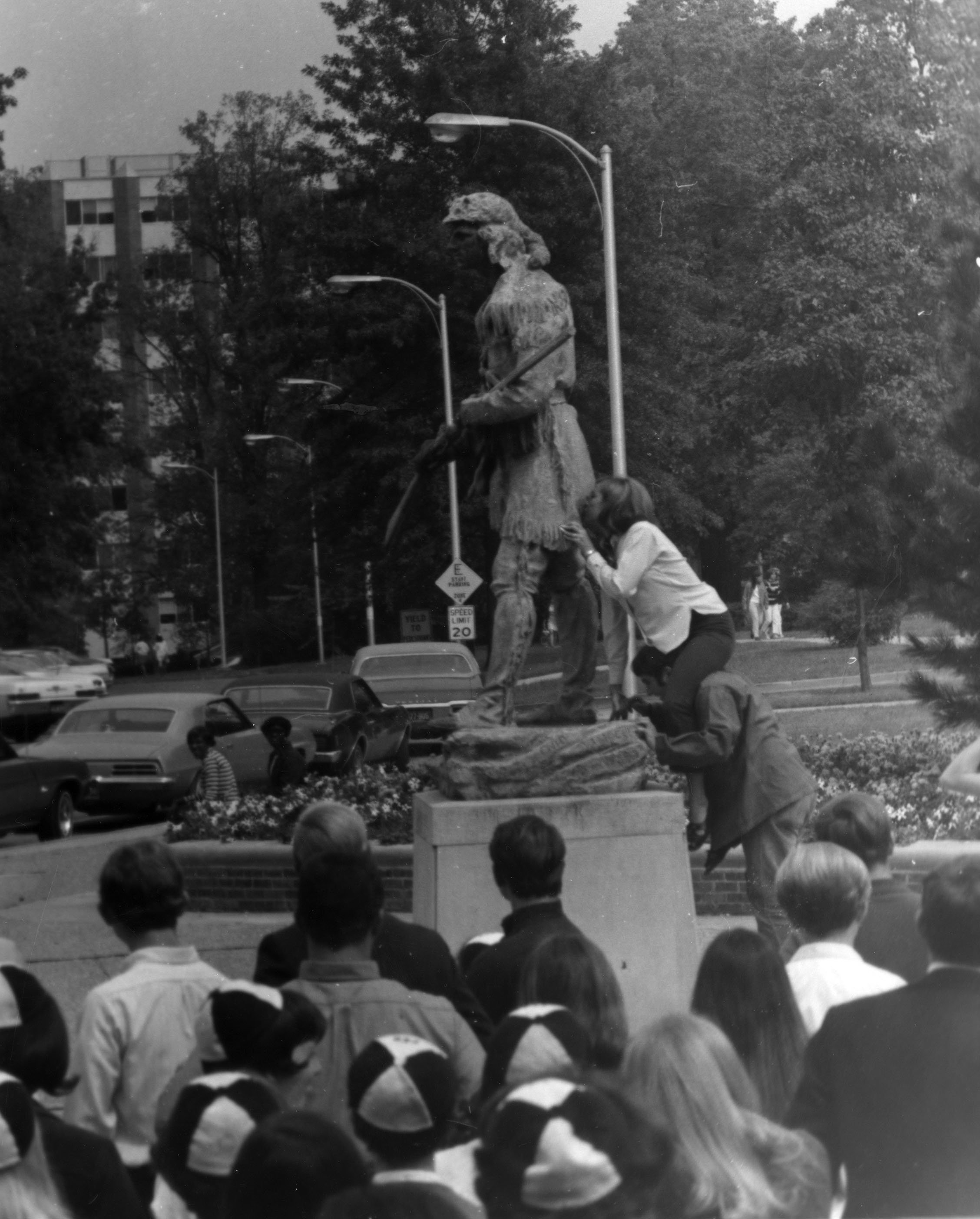 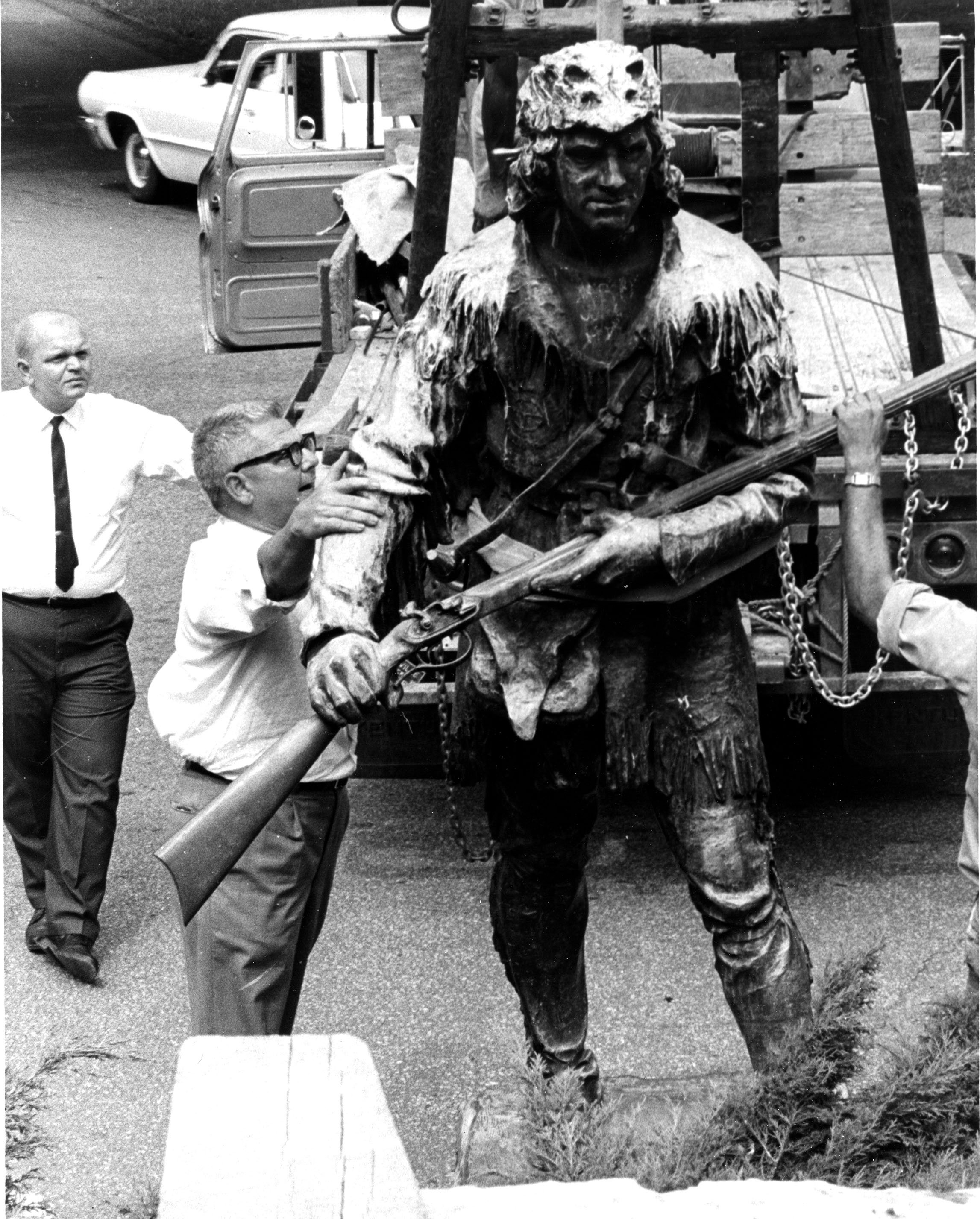 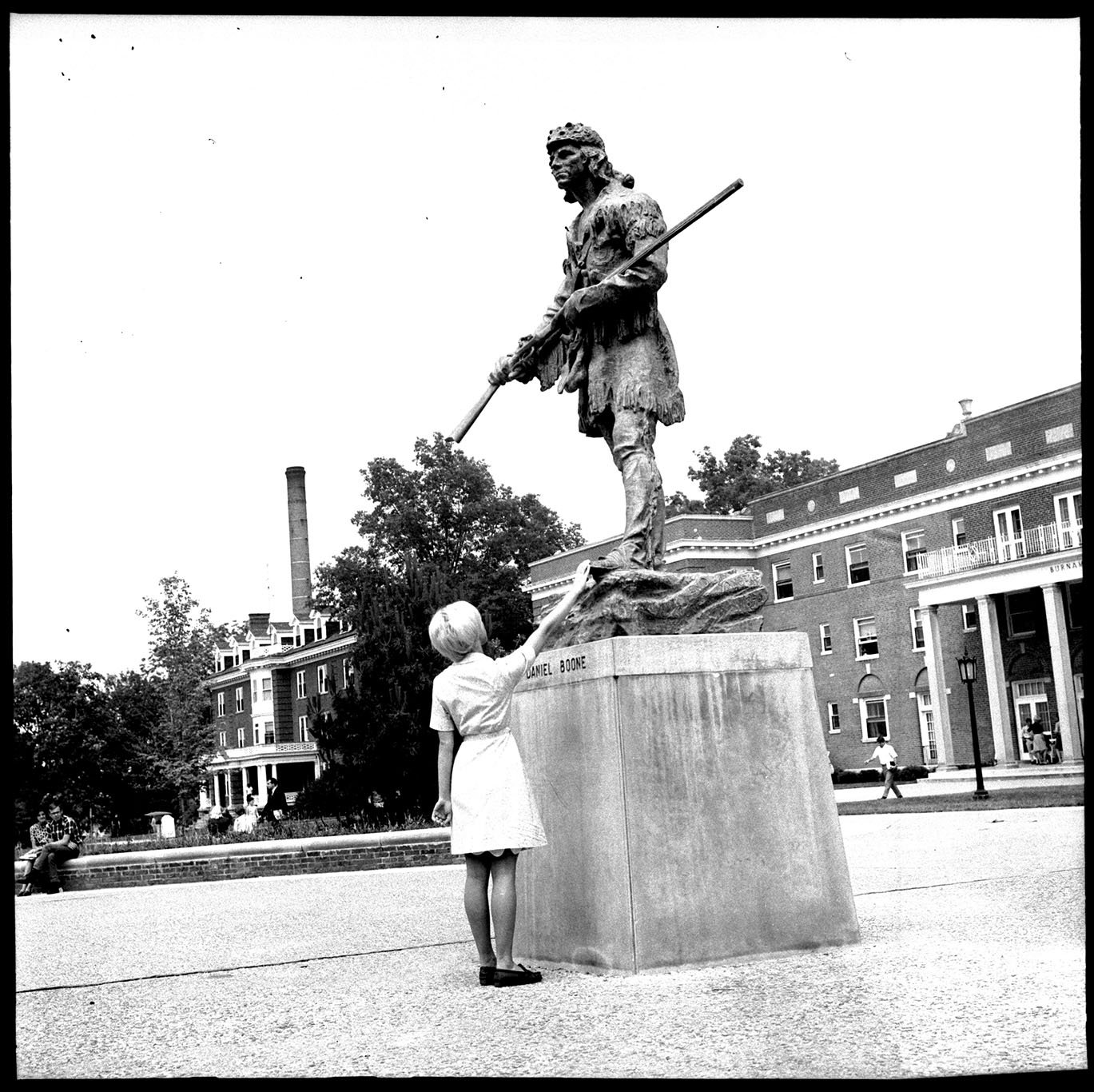 The Daniel Boone statue that stands on Eastern Kentucky University's campus was sculpted by Enid Yandell, originally from Louisville, Kentucky. Yandell studied sculpture at the Cincinnati Art Academy and travelled to Paris and New York City to study with her contemporaries. Yandell honed her skills as an artist by creating intricate portrait busts and monuments.

Yandell's nine-foot tall Daniel Boone statue was commissioned by the Filson Club of Louisville, a historical society for the city. Yandell completed a plaster cast of Daniel Boone and displayed it at several expeditions before it was selected by C. C. Bickel, who owned a cigar-making factory, to be cast in bronze for the city of Louisville in 1906. This bronze cast of the statue now resides in Cherokee Park, Louisville, Kentucky.

Another bronze cast of Yandell's Daniel Boone statue was made in 1967 - this is the version of the statue that stands on EKU's campus. EKU President from 1960 to 1976, Dr. Robert Martin, ordered the statue to be cast for the university in order to emphasize the close ties that Daniel Boone had made to the Richmond, Kentucky area during his tenure as a trail-blazing pioneer.