The Ross County Courthouse was built in 1801. That same year, Chillicothe became the last capital of the Northwest Territory. In 1802, Ohio’s first constitution was written here, and on March 1, 1803, Ohio's first General Assembly made it the official statehouse. It continued to serve as the statehouse until 1810 when the capital of Ohio was moved to Zanesville. When Chillicothe became the capital again in 1812, the building was used as the statehouse until the capital moved for the last time to Columbus in 1816. The building was demolished in 1852 so a new courthouse could be constructed in its place. In 1940, a replica of the statehouse was built nearby for the Chillicothe Gazette, the oldest newspaper to continuously operate west of the Alleghenies.

An illustration of the Chillicothe Statehouse. 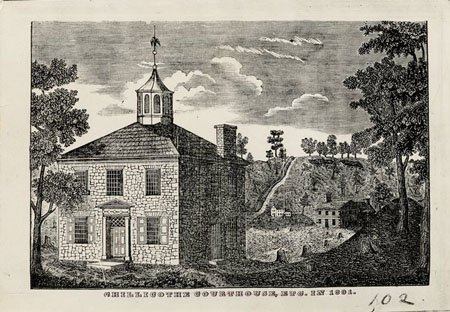 Shawnee leader Tecumseh delivered a speech at this statehouse in 1807. 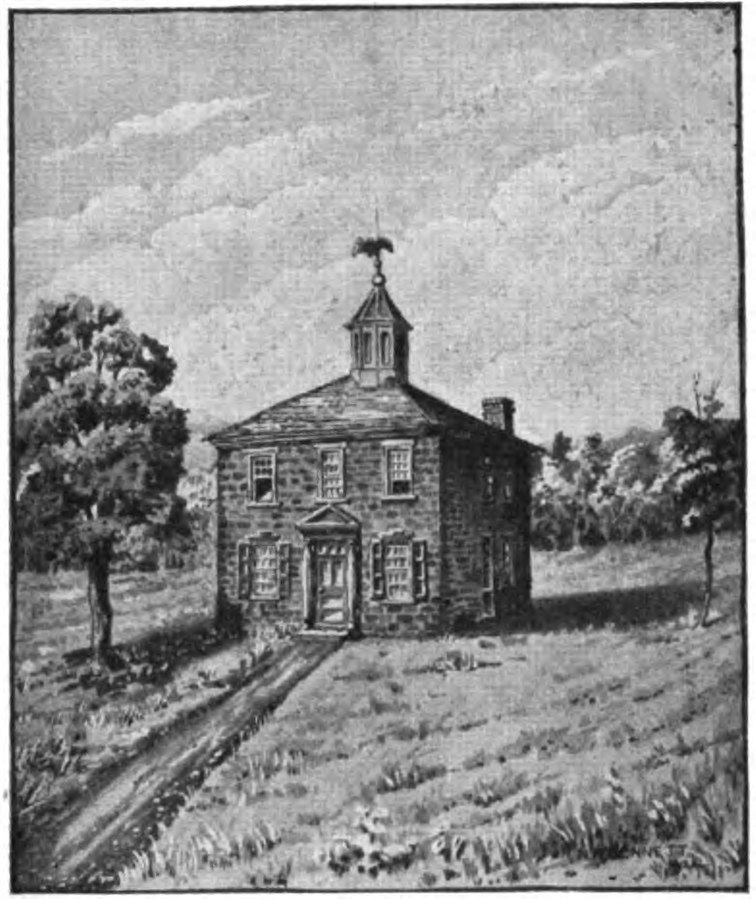 The Ross County Courthouse that was built in place of the statehouse. 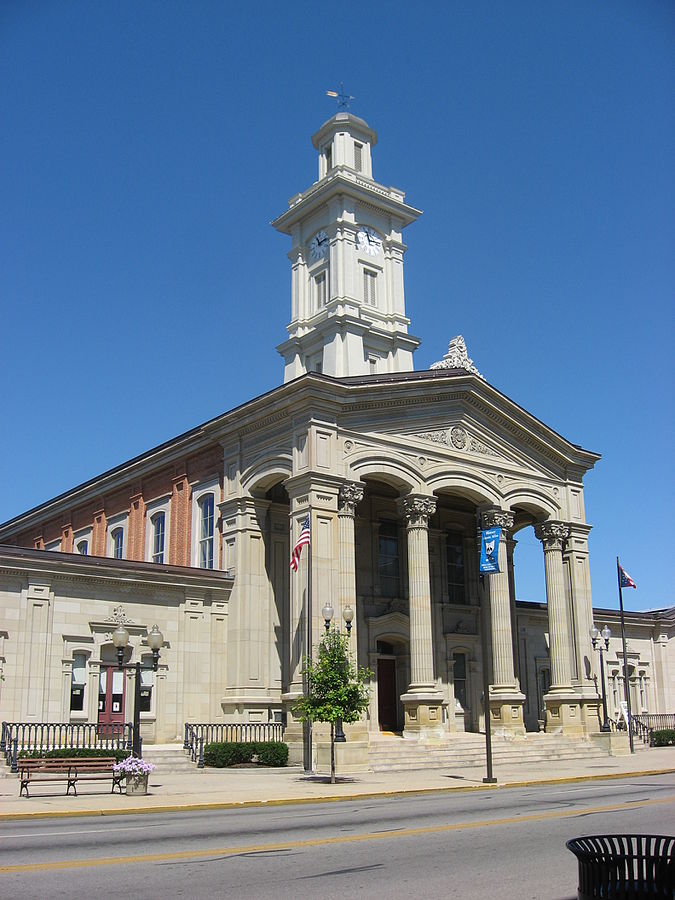 The Chillicothe Gazette's 150% scale replica of the statehouse. 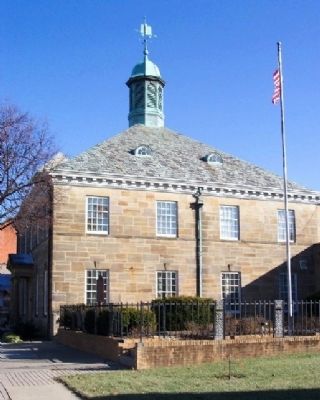 Chillicothe had a revolving Native American population. Because no group stayed there very long, the arrival of settlers did not cause much friction. Instead, Chillicothe remained a peaceful area where groups could meet and talk. In 1796, the town was officially founded by Colonel Nathaniel Massie. About four years later, it became the capital of the Northwest Territory. It follows, then, that when Ohio became a state in 1803, Chillicothe was the capital. Chillicothe’s case was also helped by the presence of influential men like Ohio’s first and sixth governors Edward Tiffin and Thomas Worthington. The capital of Ohio moved to Zanesville in 1810, though it changed back to Chillicothe by the War of 1812. Columbus became the final capital in 1816.

Efforts to build a courthouse in Chillicothe date back 1798 with Thomas Worthington and Samuel Smith, Esquire in charge of the plans. In 1799, $1,200 was levied to pay for a courthouse and jail in town because it was the seat of the Northwest Territory. The stonework was done by Revolutionary War veteran William Rutledge, and the carpentry was done by William Guthrie. During construction, it was decided that the courthouse would become Ohio’s first statehouse. The statehouse was completed on the new Public Square in 1801. Ohio’s first General Assembly met here in 1803. When Ohio was admitted to the union that same year, the statehouse’s bell (now on display in the Ohio Historical Center in Columbus) rang out in celebration. It did not take long for the members of Ohio’s legislature to outgrow the building, however. A new brick building was erected to house members of the state’s senate, while the state’s House of Representatives remained in the statehouse.

During the War of 1812, the previously small communities north of Chillicothe became more populated as a large military center. This large increase in population led to the decision to move the capital from Chillicothe once and for all. The town of Franklin was chosen but abandoned in favor of Columbus after an incident of drunken disorder at a tavern near the site of the proposed statehouse.

Evans, Lyle S. A Standard History of Ross County, Ohio: An Authentic Narrative of the Past, with Particular Attention to the Modern Era in the Commercial, Industrial, Civic and Social Development. Vol. 1. Chicago, Illinois. Lewis Publishing Company, 1917. Via Google Books.