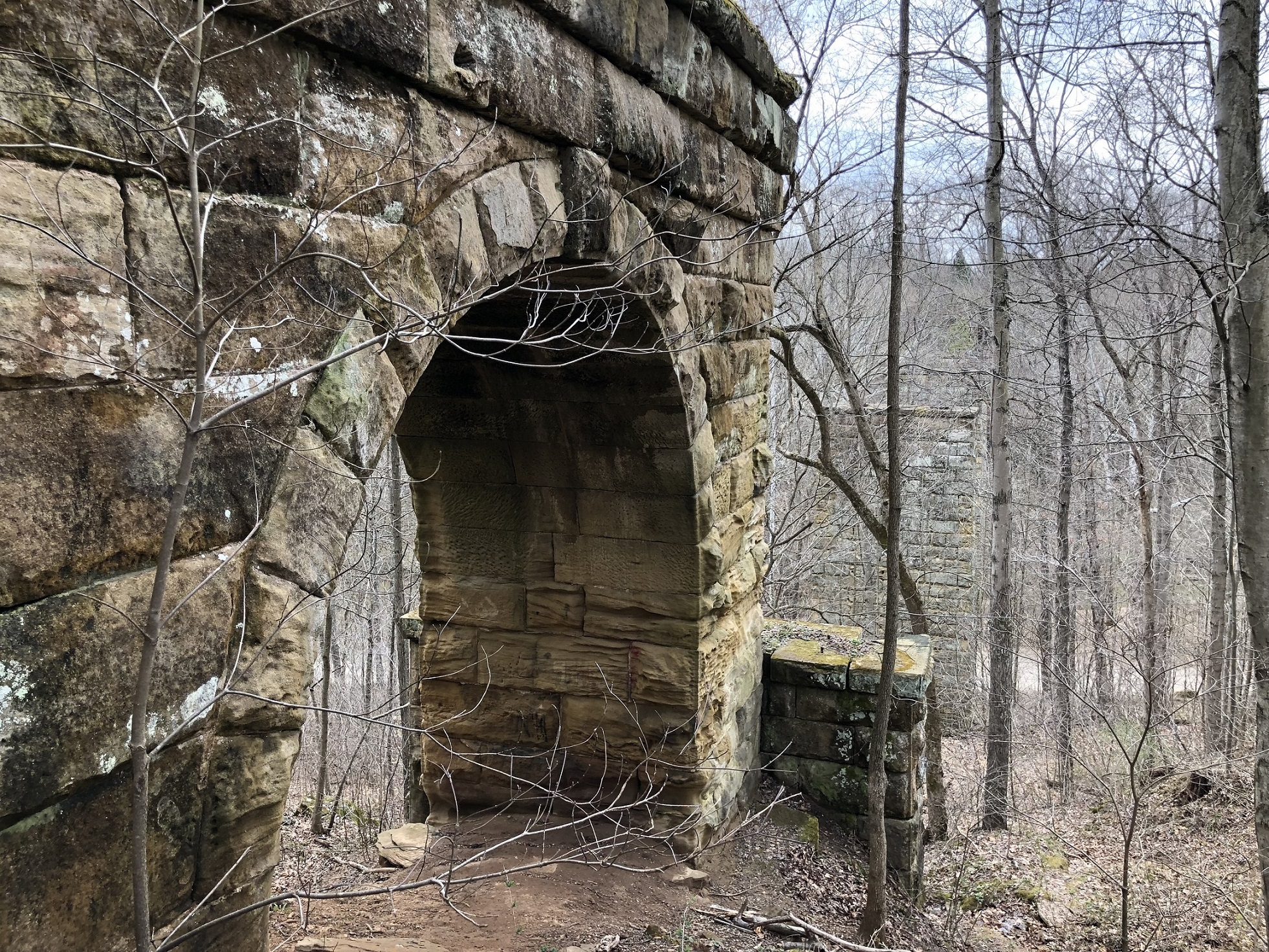 Dunbar Piers circa 1950. Courtesy of the Southeast Ohio History Center 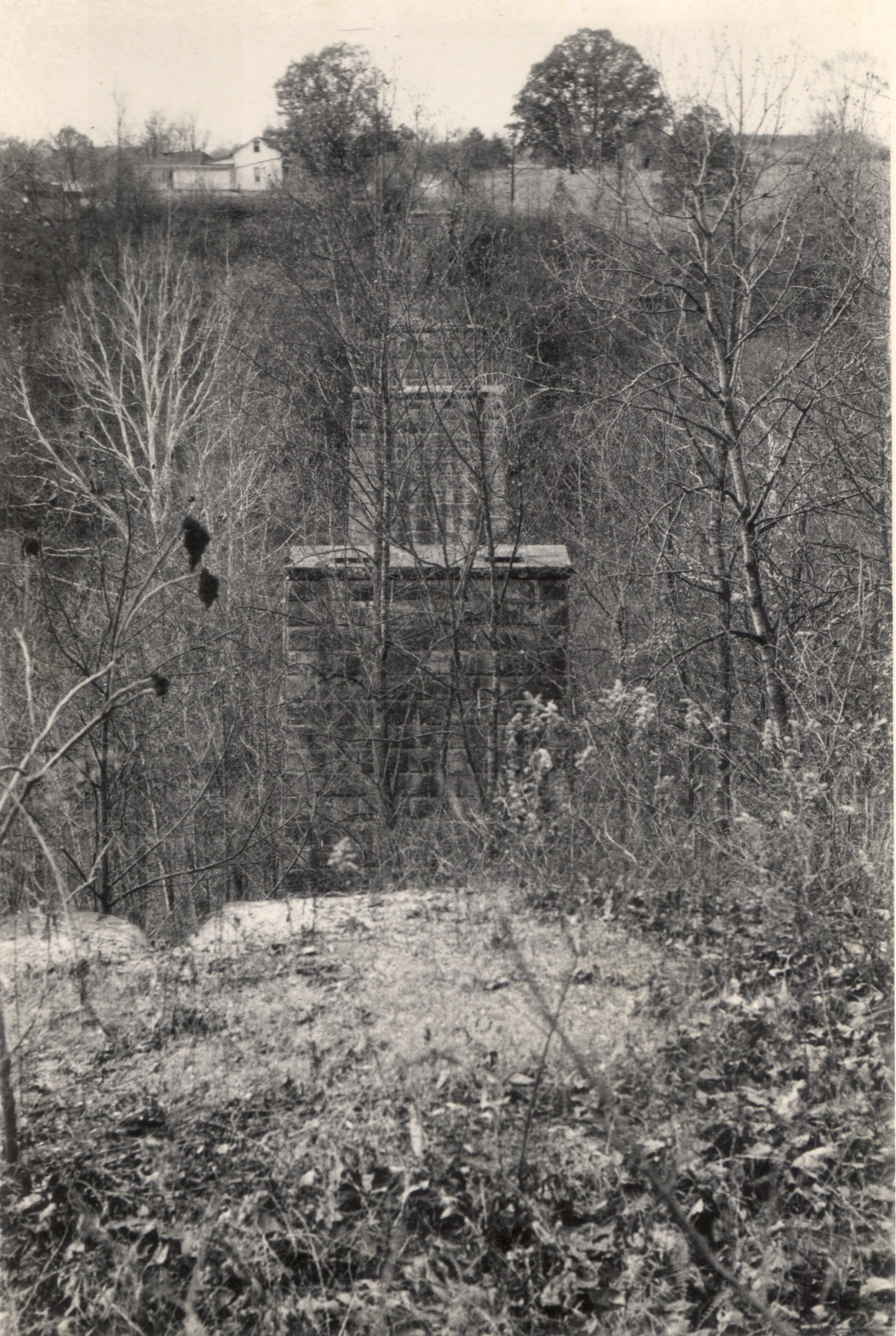 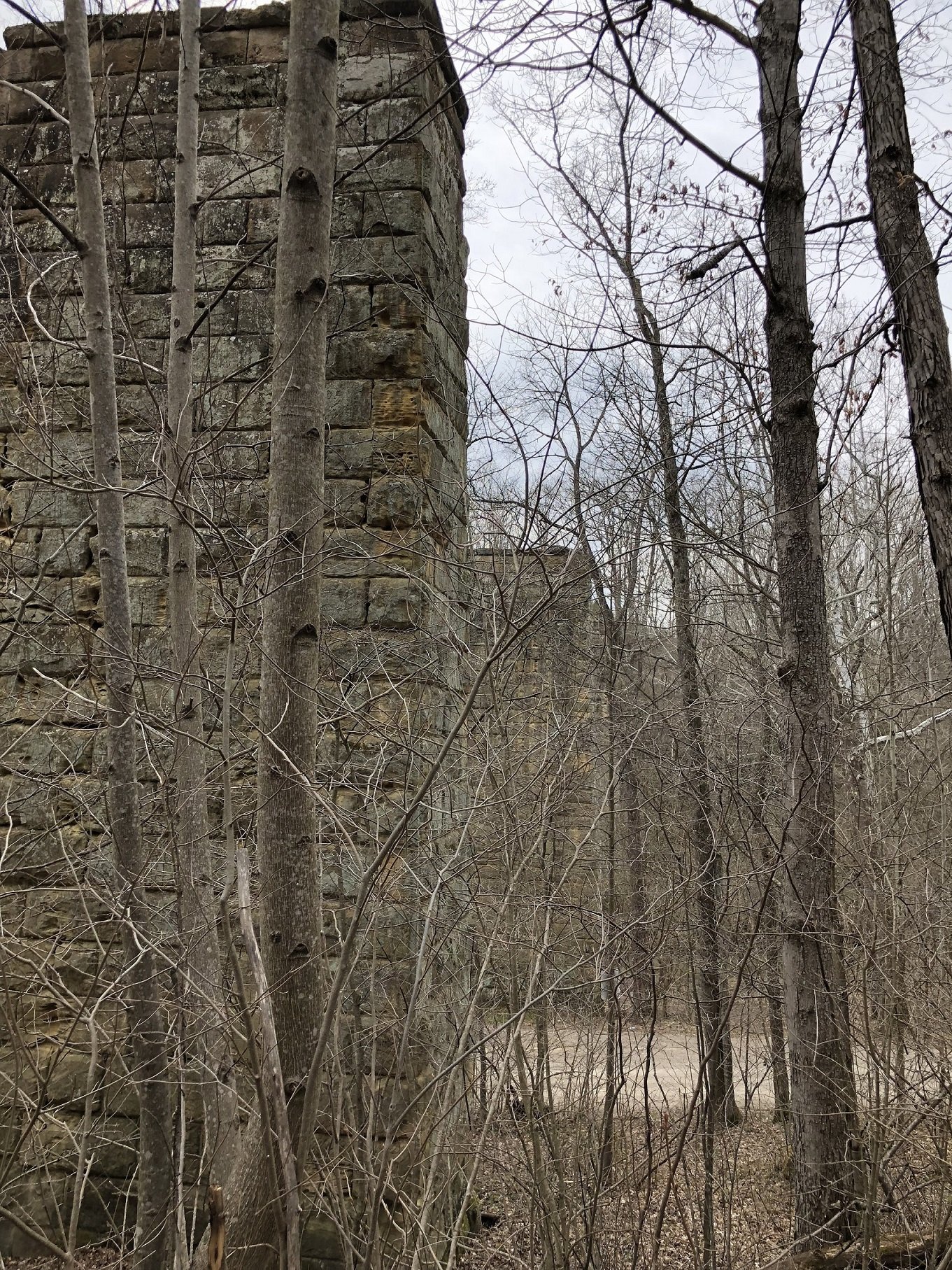 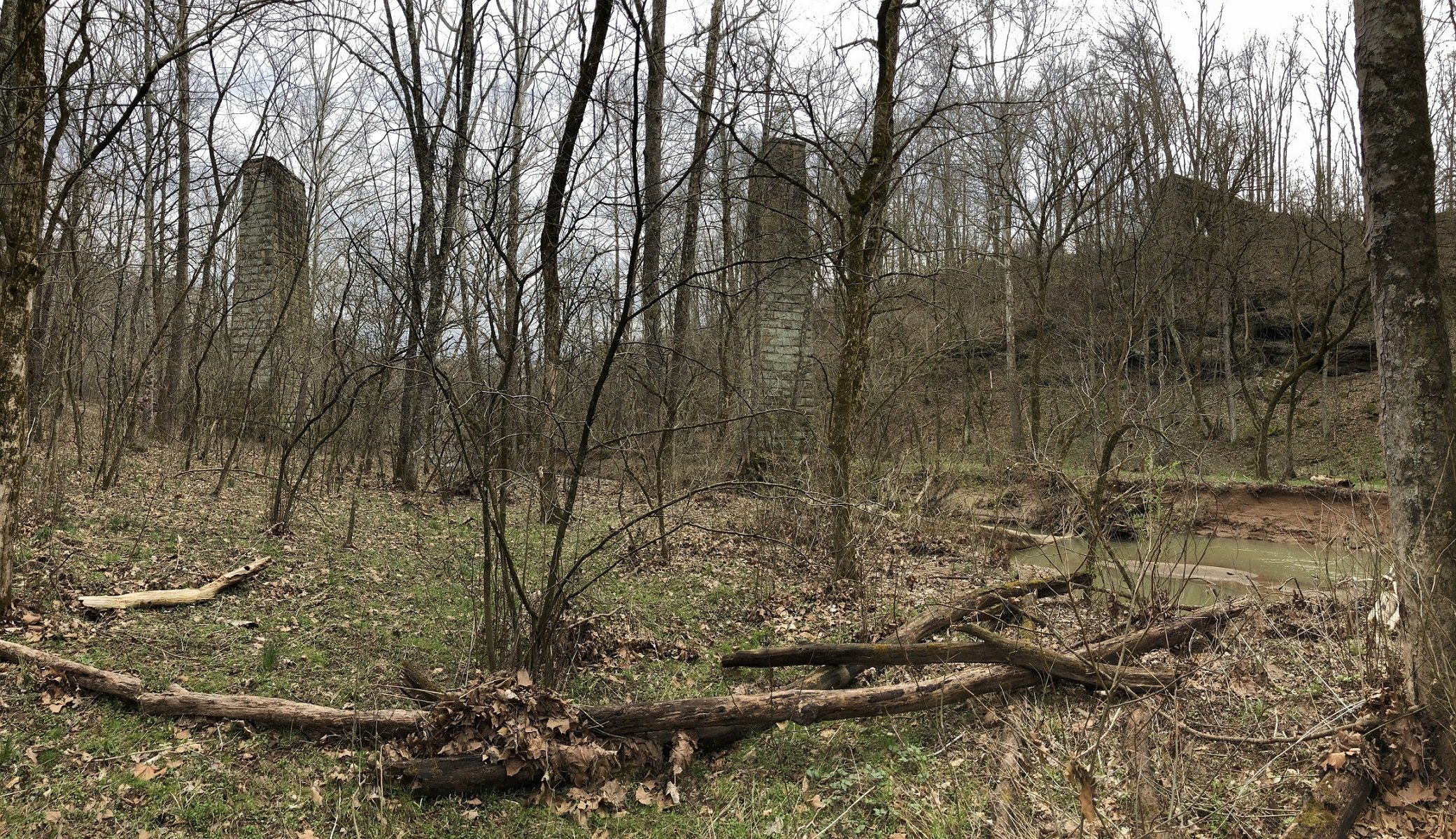 Incorporated in 1845 as the Belpre and Cincinnati, the Marietta and Cincinnati Railroad began constructing a line from Marietta through Southeastern Ohio in the 1850s with the goal of connecting Marietta with Cincinnati. The railroad's founders envisioned a line that would carry passengers and freight across the lower portion of Ohio, as well as connect to the Baltimore and Ohio and larger railroads to the east. The Appalachian Foothills posed a challenge to early railroad engineers, who were forced to design and construct many tunnels, trestles, and culverts in order to maintain the railroad's grade. Despite financial setbacks, the Marietta and Cincinnati railroad accomplished its goal; the first train ran the complete distance between Cincinnati and Marietta in 1857.
The first portion of the Marietta and Cincinnati Railroad's line connected Cincinnati to Chillicothe and opened in 1855. In April of 1856 the line opened as far as Athens. Completing the section that connected Athens to Marietta was more difficult, and it took another year to open to regular rail traffic. The company continued to improve the original line. During the early 1860s, workers constructed the Dunbar Piers to hold a bridge that would span one of the widest and deepest valleys on the route. The bridge replaced an earlier switchback, which had forced trains to slow as they went down one side of the valley then up the other.
In 1868, the Baltimore and Ohio Railroad gained enough shares to control the Marietta and Cincinnati. In 1889, the B&O assumed outright control over the line then dissolved the M&C. Meanwhile, in 1871, the Baltimore Short-line Company formed with the purpose of laying a railway from Belpre to Athens. In 1874, the company completed the short line, rendering the old line from Marietta to Canaanville redundant.1 The B&O abandoned the costly to maintain line shortly thereafter. The Toledo & Ohio Central Extension claimed the unused line in 1884, and operated until 1893, when the company went into receivership.2
Rail traffic again passed over the Dunbar Piers in the early 1900s, until last train traversed the valley in 1916. After the section of line west of Vincent was abandoned for the last time, the Marietta and Vincent Railroad operated the old Marietta and Cincinnati line from Moore's Junction to Vincent, until it too ceased operation in 1924.