A National Historic Landmark, this beautiful historic home once belonged to Edward D. Libbey (1854-1925), the man largely responsible for revolutionizing the glassmaking industry in the country. He developed machines that could automate the manufacturing of light bulbs, window glass, bottles, and other glass products. As a result, glass products went from expensive luxury items to ones that the vast majority of people could afford. Libbey, who was originally from Massachusetts, moved his glassmaking company to Ohio in 1888 and changed its name to Libbey Glass Co. The house was designed by David L. Stine in the Shingle style, which stays away from elaborate ornamentation. The home is owned by the Libbey House Foundation, which offers tours of the home and is dedicated to preserving it. The house still contains some original elements including brass door hardware, lighting fixtures, and oak and walnut paneling.

The Edward D. Libbey House was built in 1895 and is a National Historic Landmark. 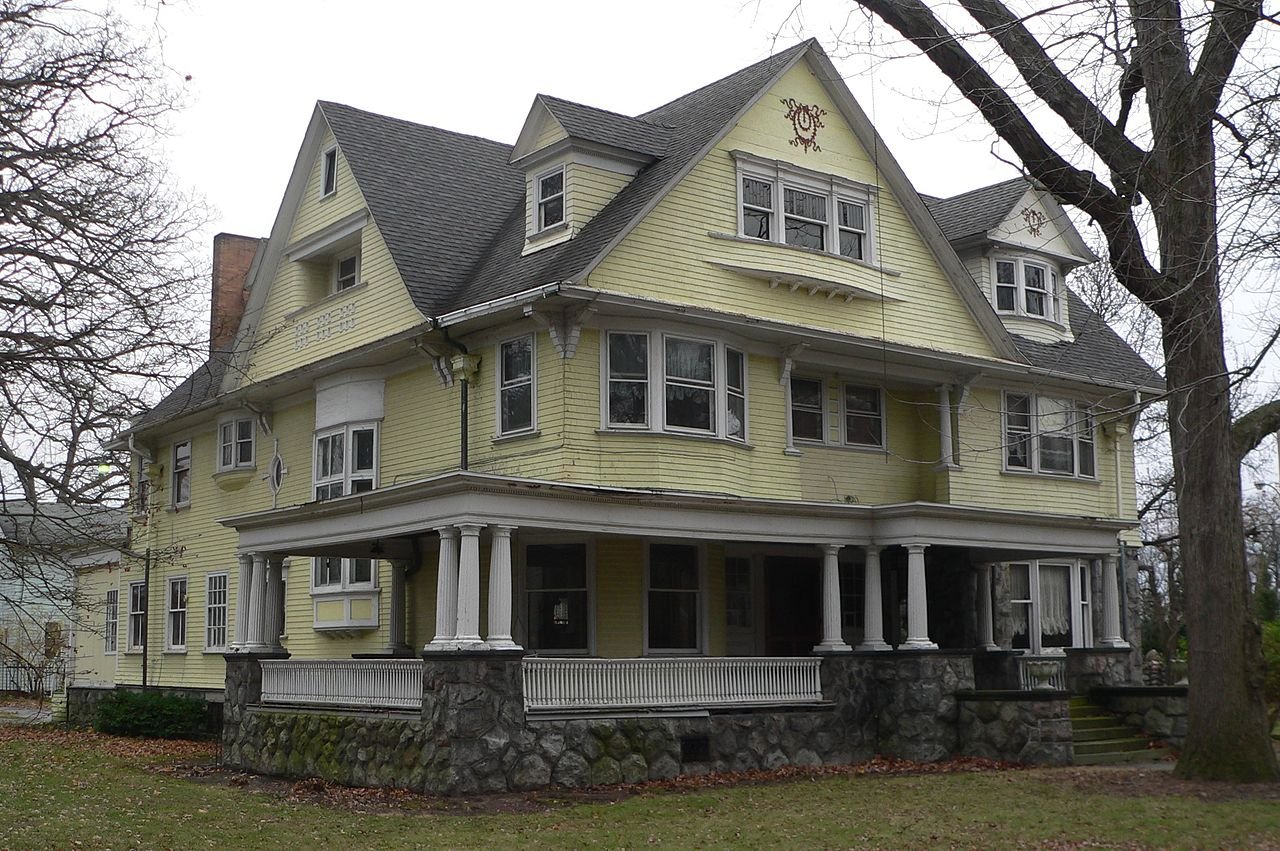 Libbey was born in Chelsea, Massachusetts. He acquired his interest in glassmaking from his father who worked in the industry as an employee of the New England Glass Company. When Libbey was a teenager, he worked at the company but eventually grew tired of it and when to college to become a minister. A throat infection damaged his speaking ability and he decided to return to glassmaking and got a job at the same company but this time as a clerk.

In the 1870s, the company got into financial difficulties and Libbey's father bought it in 1878. Libbey assumed ownership upon his father's death in 1883. Eventually, fuel costs and labor strikes compelled him to move the company to Toledo. He focused on the Midwest because of the natural gas deposits. In Toledo, he was offered free land and also happened to meet his future wife there as well. It was during the next few decades that Libbey made strides in glassmaking manufacture (using machines), setting the standards by which others would follow. He also opened up a bottle-making company, a sheet-glass company, and other businesses. Libbey's advancements helped push aside the handmade glass industry.

The house remained a private residence until 1995 when the
Toledo Society for the Handicapped bought it. In 2008, the foundation purchased it. Restoration is ongoing.