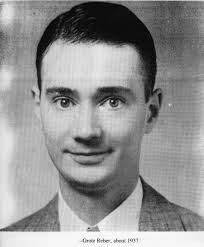 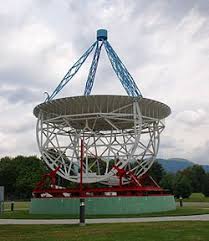 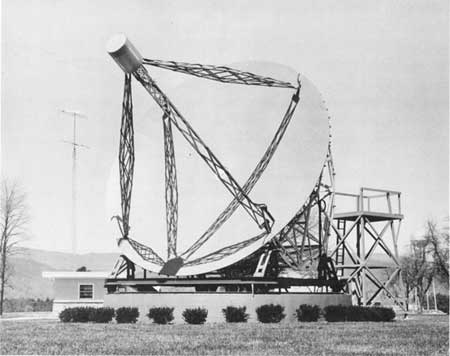 George Reber started as a radio engineer and was a ham radio operator who studied radio astronomy as a hobby. He completely built, by himself, a 9-meter-wide, 2-metric-ton dish that was used to map space’s noise and building celestial maps, while also discovering new celestial bodies and galaxies, all with the power of radio. Due to the Great Depression, most of the work he published in journals was ignored, so Reber was left to his own devices to be one of the only in his field of study.

The discovery by Karl Jansky of radio waves coming from the galaxy in 1932 inspired Grote Reber's interest in Radio Astronomy. The Great Depression caused observatories across the country to turn away applicants, forcing Reber to do independent research. By 1938 he successfully confirmed Jansky’s findings, recording radio waves from the galaxy. By today’s standards the Reber telescope is inaccurate, but at the time of its construction, it was the largest and most accurate radio telescope constructed. Reber faced the issue that his telescope was not only detecting radio transitions from space, but it also detected cars with "faulty ignition cables" passing by. This issue introduced “fuzz” into his findings, but the spikes on his charts were from cosmic signals. Reber used this telescope until 1948 when he sold it to the National Bureau of Standards who would move it to Sterling, Virginia, and again in 1952 to Boulder, Colorado. From 1957 to 1960 the Reber telescope was reconstructed at the NRAO under the supervision of Grote Reber. If needed the telescope is still capable of being used for radio astronomy.

From 1933 to 1947 Reber worked full-time in Chicago for radio manufacturers, then as a radio physicist from 1947 to 1951 for the National Bureau of Standards. Reber, from 1937 to the end of World War II served as the only radio astronomer actively researching, brought back radio astronomy after the war as newer and more accurate telescopes were built to continue the research he started. Despite Jansky making the first observation through radio astronomy, Reber is considered the creator of reliable techniques for the field. During the reconstructed of his telescope at NRAO, Reber suggested they create a replica of the antenna used by Jansky in his research. The NRAO also gave Reber the Jansky Lectureship in 1975 and the Jansky prize in 1976.

Due to complications of politics in Washington D.C., he left government to study independent work. Reber turned his later work towards studying low-frequency radio waves which he believed was a neglected area of study. Low-frequency waves only pass through the atmosphere in certain parts of the world and only during times of minimal solar activity. This led Reber to continue his research from the island of Tasmania, where he lived from the 1950s until his death on December 20, 2002.

Declared a national landmark in 1989, the Reber Radio Telescope was moved to the Green Bank Observatory in Green Bank, and George Reber even watched its reassembly in the 1960s. George Reber’s work and dedication to his field has made it a accepted field of astronomy and has ben helpful in the development of the science.